Is the Press Release Dead?

When to leverage your resort’s message in the media (and why you still should). 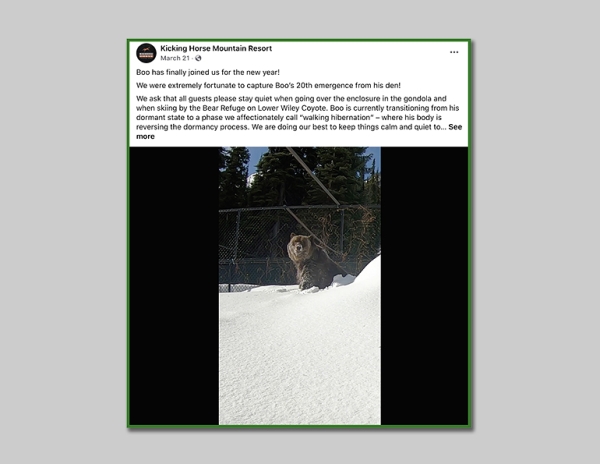 Pity the poor managing editor at a mid-level newspaper or the news producer at your local network affiliate. Every morning (or afternoon), they check their email and see dozens of subject lines starting with “media release,” “press release,” “attn: news editors,” and “news alert”—urgent messages that apparently demand immediate attention. The vast majority of these go unread.

Which is hardly surprising, given that the number of PR practitioners pitching brand and product stories outnumbers the number of working journalists by more than six to one. This “flack to hack” ratio has become, according to  Bureau of Labor statistics, increasingly unbalanced; in 2000, it stood at just 2:1, and in 1980, there were actually MORE journalists than PR employees.

Knowing that, one has to wonder whether it is even worth the time, energy, and money anymore to craft and distribute a press release for, say, that big terrain park opening, especially when you can share the news directly with a post to social media.

“We don’t send out as many press releases as we used to because there are faster, better ways to communicate with both the media and the general public,” says Matt Mosteller, senior vice president of marketing and resort experience for Resorts of the Canadian Rockies.

“The newsworthiness of stories has changed a lot, particularly in the time of social media,” he adds. “We’ll get massive pick-up on some cute bear videos from Kicking Horse and the ‘avalanche cats’ at Fernie. But these are distributed first and foremost via social media channels, not press releases.”

Is it time to lay the press release to rest then? Not quite yet.

Though I built my career on freelance feature writing, for five years I performed media relations duties at Big White and Silver Star, B.C., 2003-2008. My duty, or so I believed, was to invite A-list media from glamorous magazines to pay a visit and write stories that would generate hundreds of thousands of dollars in free coverage—aka earned media.

The director of sales and marketing, a rather colorful character who goes by the name of “Michael J.,” had other ideas. “We need to get media coverage about our new terrain park opening on the weekend. I need a press release to go out to local media in twenty minutes!”

News deserts. In a major market like New York or L.A. (or even Denver or Seattle), touting the opening of a terrain park would be rather embarrassing. However, in a mid-sized city with no less than two newspapers, three lifestyle magazines, five radio stations, and a decent-sized network TV affiliate, there were plenty of news holes to fill. I still remember being shocked at seeing my press releases picked up pretty much word for word by local scribes.

Most ski resorts are in or near smaller towns that are kind of like news deserts, so pick up among local outlets is high. Why does that matter? Surprisingly, most mountain towns have a certain percentage of people who don’t ski, who likely don’t follow your social media channels and won’t see your social media posts. In fact, given both Facebook and Twitter’s algorithms, I—a snowsports journalist and enthusiast—seldom see posts from resorts unless they are paid posts.

My time at Big White provided me with a valuable lesson in community outreach. I truly appreciated how important local outlets—even the smallest ones—are in contributing to a resort’s success. It’s here that press releases still come into play.

“We use press releases to build relationships within the community,” says Jenna Vagias, public relations specialist at Sun Valley Resort, Idaho. “There’s a very active twice-weekly newspaper called the Idaho Mountain Express, for instance, and local news websites as well. Our regional coverage extends to Twin Falls and Boise, and we hire a third-party agency for national and international media.”

In an informal survey of resort PR personnel for this article, the percentage of pickup for press releases sent throughout the season ranked anywhere from 33  to 100 percent.

Function of the release. Jessica Flynn, CEO of Boise-based Red Sky PR, offers another perspective on press release functionality: “We’ve increasingly seen news releases used as ‘one source of truth’—serving as communication tools for internal audiences and stakeholders rather than just for journalists. Releases are core sources of content for the website, e-newsletters, and the basis of posts for social media. Success with these isn’t necessarily measured through traditional media pickup, but through engagement and retention of key messages among other, more direct audiences.”

This broadening function of the press release to include more stakeholders and reach greater audiences indicates it will likely stick around. The PR/marketing people contacted for this story all say that their resorts still use press releases as part of their communications strategy. Though they unanimously agree that the days of “spray and pray”—sending a singular message out to massive databases—are pretty much over.

There was a time when small businesses relied upon purchasing media lists with thousands of email addresses, but the shrinking number of journalists has rendered this tactic ineffective. Many resorts have instead built their own local and regional lists and leave national contacts to third-party PR agencies.

So, what’s the best way to target these lists? As it happens, the biggest function of a press release is also its most challenging: Your resort or brand has some exciting news to share, but why should your local TV station (or national magazine) care?

Targeted releases. Over her 18-year career at Brundage, Whitney has developed “a sense of newsworthiness” around stories. “I know the kinds of stories that my contacts are interested in, so I target my distribution accordingly,” she says.

Take the time to watch local news, scroll through websites, and get a sense of “why” a certain story was deemed newsworthy, “what” the key elements of the story are, and “who” the author (or the producer) might be, Whitney advises.

As Gregg Blanchard of SlopeFillers and Inntopia says, “You’ve gotta put in a little more work to build a relationship with media outlets, understand their needs and goals, and work to help them so it’s not just about you.”

Key news. “We try not to be ‘spammy,’ so we limit our press releases to resort openings and closings or special events like our Winter Wonderland Festival,” says Sun Valley’s Vagias.

“Since some announcements will be newsworthy to specific outlets but not others, we tailor distribution and outreach accordingly,” says Elwell. Vail Resorts also posts all its press releases on its corporate website. (As a publicly traded company, Vail Resorts has a regulatory duty to publish press releases on any news that might affect its stock market valuation, including quarterly financial reports.)

In addition to sending the local media press releases throughout the season, you can encourage outlets and journalists to sign up to receive your email newsletter. “Journalists can subscribe to our ‘This Week in Sun Valley’ emails,” says Vagias, who adds that the resort leverages various channels to get its message out. “Primarily we communicate via email, but all of the local reporters have my cell phone number, and they can text me if they need some information quickly.”

Setting a press release schedule before the season begins can help organize a resort’s messaging. Which special events might draw travelers from near and/or far?

One key point to remember is that although skiing might be your resort’s bread and butter, there are plenty of other winter-related stories that happen at resorts. Thanksgiving, Christmas and New Year’s, MLK, Presidents’ Day, Easter—these holidays provide fodder for angling stories to a “winter vacation” as opposed to the “ski and snowboard” demographic. Philanthropic efforts also tend to be picked up by media.

Mapping out a media strategy ahead of time can ensure that you’re not playing catch-up or caught flat-footed by media requests for more information.

Resort news should also be a part of the overall marketing strategy for your region’s DMO (destination marketing organization). While there may be some overlap in what, say, Whistler Blackcomb would distribute compared to its DMO counterpart Tourism Whistler, there’s no doubt that coordinating schedules early in the year is well worth the advance planning it might require.

Remember, whether you work in recreation or media, it’s a small world. Be honest, play fair, and if you can’t answer a question, find someone who can. With so much negativity and polarization in the news, who doesn’t want to see people having fun at your resort? The media can help with that, and a press release can be the vehicle that delivers the message.