Mike Goar to Lead Andermatt-Sedrun, and Other Vail Resorts Moves 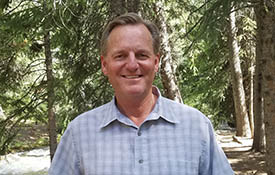 Goar will serve as VP, COO, and managing director of Adermatt-Sedrun, reporting to Pat Campbell, mountain operations senior advisor. His new role will be effective upon deal close—VR acquired the majority stake in Adermatt-Sedrun Sport AG back in March, subject to certain third-party consents.

“I am so grateful that I have had the opportunity to work alongside such passionate, hardworking teammates and community members,” said Goar of his time at Park City Mountain. “While I will deeply miss this place, I am excited to support our company as we expand into Europe—and thrilled to have the opportunity to lead the team at Andermatt-Sedrun.”

“I am truly overjoyed to have the opportunity to come back to Park City Mountain, a place near and dear to my heart,” said Walsh. “I know both the opportunities and complexities of this resort well, and I am eager to partner with the community alongside this dedicated team.”

With Walsh’s move to Park City, Tom Fortune, currently VP and GM of Heavenly, Calif., and interim GM of Stevens Pass, Wash., has been promoted to vice president and chief operating officer of Heavenly Mountain Resort and the Tahoe Region, effective immediately. He will report to Doug Pierini, senior vice president, West Region. In this role, Fortune will have leadership and reporting accountability for Heavenly, Kirkwood, and Northstar. He will remain involved with Stevens Pass as a long-term advisor as well.

Ellen Galbraith, currently senior director, chief of staff, Mountain Operations, will assume the role of vice president and general manager for Stevens Pass, effective May 30. She will also report to Doug Pierini.