The Question: I’m thinking about buying a season pass for next year, but I’ve heard it’s been really crowded this year. Are there plans to try and fix that before next winter?
Written by Dave Meeker | 0 comment 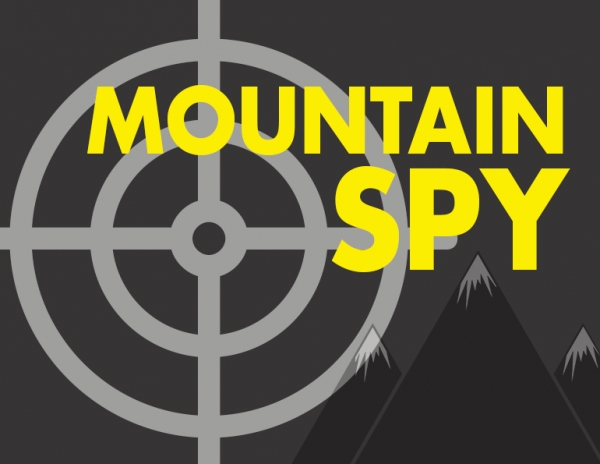 The end of the winter was loaded with stories about how busy several ski areas had been, namely those included on multi-property “mega passes.” Locals were pointing the finger at new passholders for gumming up access roads, parking lots, and lift lines. But for many resorts, it was an awesome snow year, and that draws out resort regulars with greater frequency, too.

We weren’t actually expecting anyone to have a solid plan in place (yet) to mitigate crowds for next season. However, we wondered, how would resorts handle the query?

Some of the mountains we called have a mega pass connection, and others don't. All are popular ski areas, though, so crowds are nothing new.

What difficult, unusual, or quirky questions are guests asking you? We'd like to know—our Spy wants to find out how other resorts answer them. The winter’s over, so there's no excuse for delay. Send questions to dave@saminfo.com.

Answering phone: Automated machine. Chose operator.
First contact: Female.
SAM: Stated question.
Staff: Umm, I haven’t heard anything official. But, yes, there have been discussions about what can be done to help reduce the pressure on parking and traffic. You know, there were different reasons why there may have been some traffic issues. Sometimes it was due to vehicles not being able to get up the hill, or an accident. So, you know, it wasn’t all just because of the volume or parking.
SAM: Gotcha. Snow tires help.
Staff: They do. But, yes, I know that people are talking about it, and… There’s only been a few times this season that it’s really been bad.
SAM: Really?
Staff: Yes.
SAM: OK, so there’s—(interrupted)
Staff: But of course there will be discussions, and people will try to come up with solutions.
SAM: But there’s nothing concrete just yet?
Staff: No, sir.
SAM: Alrighty. Well, thanks.
Staff: OK. Thank you.

Score: 5
Comment: She eventually lost interest in the conversation. Prior to that, she did OK, mostly because she never got defensive.

Answering phone: Automated machine. Chose operator.
First contact: Male.
SAM: Stated question.
Staff: With a snow year like this, everywhere is crowded! So it’s tough to say if more people with season passes are the culprit for some of the busy days we’ve had. It just hasn’t stopped snowing.
SAM: I can imagine. Is it a lot of new people, though?
Staff: Um, I’d say it’s a healthy mix. Seems like the snow is bringing out more people who may not have been on the mountain in a couple years. Some just don’t know what they’re doing. Some of those people have a pass, and others don’t.
SAM: So, hard telling not knowing, right?
Staff: Ahh, yeah (this dude obviously isn’t from Maine). As far as plans to fix the crowd situation for next year, I haven’t heard much. We’ll just have to wait and see. But you should come up here and get some before the season ends. It’s unreal. You can get your pass while you’re here.
SAM: I just might do that.
Staff: Right on. See you then!

Score: 6
Comment: Can’t fault the guy for his enthusiasm! Minus points for putting down the inexperienced folks, though.

Answering phone: Automated machine. Chose season passes (and was on hold for more than two minutes. Ugh.).
First contact: Female.
SAM: Stated question.
Staff: Ummm, I don’t know. That’s not something they’d normally release to me personally. (Well, “they” should make a habit of feeding info to the people answering the phones.) That’s, ah, a little higher above me. But, I will say that I know parking and buses have been an ongoing issue. Like, Saturdays get crazy with parking. So, if you’re a Saturday skier, that’s when you’re going to run into a problem. Weekends, honestly. Weekdays you come here and you’re not going to run into a million people. It’s wicked different. I know they’ve been working hard at getting people parked and transported efficiently. (She then shares some insider tips about where to park when it’s busy, and the best place to start my day.)
SAM: Nice. Thanks for the tips.
Staff: Of course. No problem!
SAM: So, the number of season passholders hasn’t made a difference in the crowds?
Staff: No. Not that I see. Saturdays have just always been super busy because everybody is off from work and wants to come ski! (laughs) If you can come any other day you’ll have a much better experience.
SAM: Right on. Thanks again for the tips.
Staff: I hope to see you soon!

Score: 8
Comment: I can get over the “that’s above my pay grade” stuff. She didn’t sound bitter about it, which makes a big difference. Otherwise, she was very honest and comfortable talking about the issues, and happy to provide some insider tips.

Answering phone: Automated machine. Chose operator.
First contact: Female.
SAM: Stated question.
Staff: Well, we have (proceeds to explain season pass options).
SAM: Thanks for the info. But, are there plans to mitigate the crowds for next season? I hear there are a lot of passholders jamming things up.
Staff: I’m not sure where you heard that. We’re pretty busy on weekends, but I think it’s everybody, not just passholders.
SAM: Sounds like there isn’t a crowding issue, then?
Staff: We have a lot of parking and the mountain is pretty busy on weekends.
SAM: Roger that. I must be thinking of someplace else.
Staff: Must be! Our passes come with a bunch of benefits (explains benefits, etc.).
SAM: OK, thanks!
Staff: You’re welcome. Call back if you have any questions.

Score: 3
Comment: She’s certainly well versed in the season pass products, and clearly had no interest in deviating from the script. If this call was aimed at testing season pass product knowledge, she would’ve scored high. But it wasn’t. And she didn’t.

Answering phone: Automated machine. Chose operator.
First contact: Female.
SAM: Stated question.
Staff: Um. That was from the Ikon Pass that came out.
SAM: Oh.
Staff: Yeah. That was just because we were part of Ikon and it brought a whole bunch of people onto the mountain. And, as far as I know, we are still gonna be a part of that next winter. I haven’t heard any different. So, they haven’t really said our prices or really told us much more than that. Ah, we’re just waiting to hear. (Asks a nearby coworker if they’re part of Ikon next year. Coworker says yes.) Yeah, so, it sounds like we are, so there won’t be a lot of changes.
SAM: OK. So, has it been especially crowded?
Staff: Umm. It’s brought a lot of people to our mountain that weren’t here before, yeah. So, I mean, it’s bittersweet, right? It’s good for business, but the rest of us, not so much.
SAM: (laughing) For sure. I mean, it’s all relative. So is it really crowded? Or there are just more people than there were before?
Staff: I think the parking has been an issue. The mountain has been OK. But, they’re bringing in a lot of newer skiers who maybe don’t know a lot of skier etiquette. And, so, for people who are on the mountain a lot, there’s been some frustrations, cuz you’ll see people who just don’t know, so they’ll stand in the middle of the trail. Things like that have been a bit troublesome. But, hopefully we’ll navigate around that next year by adding some education and awareness out there.
SAM: That’s always good to do. Well, thanks for the info.
Staff: You’re welcome! Buh-bye.

Score: 1
Comment: Damn. Tell us how you really feel. A staffer piqued by the influx of new guests should probably be kept away from the phones. No need to fan the flames.

Answering phone: Automated machine. Chose general info.
First contact: Male (well spoken, professional).
SAM: Stated question.
Staff: I really don’t see anything changing next season. One of the reasons we were so busy this winter is because we had a fantastic snow season! We got dumped on ALL winter long. Two, is the addition of the Ikon Pass, which we honor. A lot more people got that pass, so a lot of people came to ski here that may not have. That’s really the reasons for the increase in our numbers. And the Ikon will be honored here next season, too.
SAM: Right on. Does the Ikon have any limitations?
Staff: (He explains the different options for Ikon passes, Mountain Collective and clarifies they are “third-party passes.” And then explains all of the pass options for this place, when to buy them at the best rate, and where. And recommends getting pass protection insurance). So those are probably your best options.
SAM: Cool. Thanks for the info.
Staff: No problem. Oh, and by the way, just because we did see an increase in the number of visitors here, it doesn’t necessarily mean it was super crowded. There were different times when it was busier than others, but we had an event going on or something along those lines. I skied at least once a week all season, and never really saw anything crazy.
SAM: So, compared to other years was it a lot more crowded?
Staff: Compared to other years there may have been a bit more traffic, but everyone is pretty well spread out.
SAM: Alrighty, well, thanks again.
Staff: You’re very welcome.

Score: 10
Comment: First, this guy is clearly well trained. He was diplomatic, and his tone was excellent throughout. He wins because instead of ending the call after giving the rundown of pass options, he remembered why I called and circled back to answer that question. It would have been easy enough to move on, but he didn’t. Well done.