Incentivizing homeowners to house employees is one answer to the employee housing squeeze. 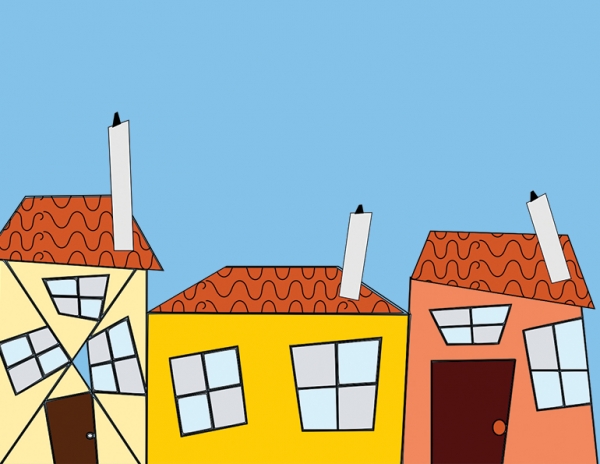 Affordable employee housing. For many resorts, the concept presents a critical challenge in workforce recruitment. Resort HR executives say that one of the first questions—perhaps the first question—a prospective employee asks in an interview is: “Where can I afford to live?” The high cost of resort-area housing, typically well above the national average, has encumbered many resorts with the expense and logistical challenges of building, buying, or subsidizing employee housing.

But one program, typically called Tenants for Turns, aims to alleviate the strain, without putting a dent in the bottom line.

Inventory Issue
The affordability issue has a long history; it goes back to the earliest ski-bum days in the 1950s. But adding to the housing squeeze in recent years has been a diminishing availability in the local housing inventory, thanks to the emergence of AirBnB and VRBO. Units that might previously have been available as seasonal rentals for employees are now getting sucked into the lucrative rent-by-owner vortex at a dizzying rate. (See “Summer Rising,” p. 85, for a full discussion of this.)

Hence Tenants for Turns, a program that incentivizes local homeowners to rent to housing-needy employees rather than dive into the AirBnB or VRBO pool. The incentive: local landlords and homeowners receive a season’s pass, a package of day tickets, or access to other resort amenities in exchange for making a house, a condo unit, or even a room in a house available for resort employees to rent. Two resorts that have successfully employed the strategy are Mt. Hood Meadows, Ore., and Sugarbush, Vt.

Mt. Hood Meadows: Creating Value
Matt Troskey, Mt. Hood Meadows’ vice president of people and learning, helped launch a Tenants for Turns program more than a decade ago when he was working up the road at Stevens Pass, Wash. The idea, says Troskey, was originally born from a need to find housing for foreign employees on J1 visas, but there was a need to accommodate domestic employees as well. When Troskey moved to Mt. Hood, he brought the Tenants for Turns idea with him.

• The deal. Mt. Hood Meadows offers prospective landlords a so-called Value Pass (a season’s pass, valued at $600, that’s not valid on 28 peak days) or 10 lift-ticket vouchers if they are able to house one or more resort employees.

Essentially, the resort acts as an agent/broker between employee and landlord, but is not a party to any rental agreement. It is up to the employees to determine if the price and quality of any rental unit are appropriate for what is being offered; it is up to the prospective landlord to determine if the employee measures up as a suitable tenant. The resort tries to stay on the sidelines as much as possible.

At one point, says Troskey, “We talked about doing inspections [to ascertain the quality of rental units], but it was cost-prohibitive.” Meadows’ implementation of the idea simply uses the incentive of a pass or ticket vouchers as a way of eking out more housing inventory in the local market.

• The response. The response among local Mt. Hood landlords and homeowners has been robust. For the 2018-19 season, 92 landlords, offering 124 units, signed up. That resulted in 32 employee placements, roughly 10 percent of the resort’s full-time seasonal staff, and with the number of available units greatly exceeding the number of placements, the result has apparently been downward pressure on rental pricing.

According to Troskey, the average rent offered by successful landlords was $675 a month per unit, $100 lower than rents proposed by landlords unable to attract tenants. In addition, the rents of successful landlords were roughly 10 to 25 percent below the median rent in two local counties. In short, the program at Mt. Hood has worked successfully on both the housing availability and affordability fronts.

Sugarbush: A Sweet Deal
Like Mt. Hood Meadows, Sugarbush simply acts as what resort vice president of human resources Ann Marie Todd calls “a matchmaker” between employee and landlord, and is not a party to any rental agreement. The resort does offer pricing guidelines to landlords, suggesting a monthly rent of $500 to $800 per person.

When Sugarbush introduced its Tenants for Turns program last year, it was driven, says Todd, “by the rise of AirBnB and VRBO. That’s why we initiated the program.” The idea, she says, was to “unlock apartments or extra bedrooms” that might otherwise have been set aside for vacation rentals. Sugarbush has been increasing its own employee housing in recent years, including the purchase and conversion of a nearby inn this year, but resort-owned employee housing is still not sufficient to cover all housing needs.

• The deal. As incentive options, the resort offered prospective landlords a premium pass for the nominal price of $100, a family membership to the resort’s health and racquet club, or 10 day-ticket vouchers.

• The response. As at Mt. Hood Meadows, market forces presumably pressure landlords to keep rents within a reasonable range, and the number of units offered through the program at Sugarbush exceeded the number of tenants who sought housing.

The bottom line: Tenants for Turns has enabled Sugarbush to find housing for roughly 20 percent of its full-time seasonal workforce.

Jackson Hole: Failed Experiment
While Tenants for Turns appears to be working at Mt. Hood Meadows and Sugarbush, it is not necessarily a solution to employee housing issues for every resort. Jackson Hole Mountain Resort, Wyo., for example, discontinued its program this year, citing “too many logistical concerns.”

Although the resort did not specify what those concerns were, among the challenges for any resort that might contemplate in implementing a Tenants for Turns program are pricing, transportation, and tenant/landlord compatibility.

The median monthly rent for a one-bedroom apartment in the Jackson area, for example, is $1,500. Even if a Tenants for Turns program might help to drive down that rental cost for employees, it might not cut the price enough to meet the budgets of lower-paid workers in need of a place to live.

And, presumably, potential Jackson landlords could do the math: Would the value of 15 free ski days offered through the program make up for the revenue lost by reducing steep monthly rents to an affordable level for employees? Perhaps not (although a 10-Day Plus restricted pass, roughly equivalent to 15 free days, cost $1,200 this past year, and an unrestricted Jackson Hole Grand Pass runs more than $2,000). Regardless, landlords would presumably apply the same calculation at any resort, and it might not pencil out in high-rent destinations.

Sticky Wickets
Tenants for Turns seems simple enough, and can certainly be successful, but it can lead down a twisting road. Consider:

1. Is subsidy an option? Last year, Steamboat Resort, Colo., hatched a different idea. It offered $200 monthly subsidies to local landlords who housed employees. The resort ultimately scrapped the program when it was able to accommodate all its employees by other means. Coincidentally, that might have saved Steamboat from diving into murky waters; while a cash stipend might seem like a more straightforward incentive for potential landlords than a reduced-price pass or ticket vouchers, it could also, conceivably, have legal consequences, with a resort becoming a financial party to rental agreements.

2. Getting there (and back). Transportation can be another logistical hurdle. At Sugarbush, Tenants for Turns units are as much as a half hour’s drive away. Through a patchwork of public transportation, resort-owned shuttle buses, and employees’ own vehicles, all employees are able to get to work. But that might not work at all resorts, especially when housing typically gets more affordable the farther it is from the resort.

3. Stuck in the middle. And let’s say a landlord is unhappy with the behavior of a renting employee, or a tenant is unhappy with the management of the unit being rented. The resort might not be a signatory to the rental agreement, but when the landlord-tenant relationship turns sour, the first place either side is likely to turn is the resort. While both Mt. Hood and Sugarbush report that landlord-tenant disputes are rare, becoming a middleman in resolving disputes is obviously a potential headache despite the nature of the program.

Affordable employee housing is an issue that won’t go away any time soon. It is a puzzle that resorts must piece together through a variety of strategies. As at least two resorts have shown, a Tenants for Turns program can be one solution.