Summer business has been booming, but it's now bumping up against some of the same constraints as winter business. 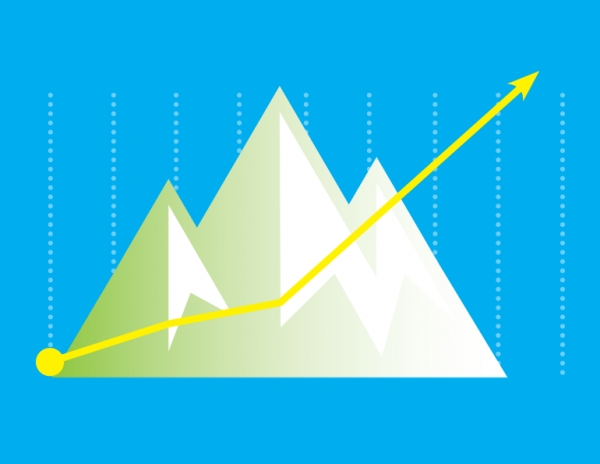 Mountain towns and ski resorts have long established the best practices that allow them to capitalize on snowsport and winter weather enthusiasts. And, as we discussed in the first two installments of this series, many have successfully pivoted those best practices to attract a new client to a new summer product offering. These resorts and communities are now established year-round mountain tourism operations, joining the handful of resorts, from Tahoe to the Poconos, that have long proven the business case and sustainability of a year-round product in the mountains.

The Case and the Cause for Change
Resorts have made this pivot toward summer based on some simple business principles, such as the challenge of generating 12 months’ worth of revenue in a three- to four-month winter season and, of course, every business’s goal of finding new ways to increase revenue. But there are significant emerging realities adding some urgency to the shift as well.

The best scientific models of climate change show our industry shifting north and to higher elevations over the course of the next 80 years, under present conditions. That prospect leaves many highly invested operations looking for sustainable business models, with an eventual likely focus on non-snowsport activities as a big source of revenue in the long run.

Though it’s hard to imagine in a season like the current one, where most destinations across the continent are having banner years, projections suggest that many of the southern and mid-latitude resorts could be in year-round snow-starved zones come the turn of the next century, if the climate trajectory isn’t changed. The closure of some smaller southern California resorts in the past decade, or their conversion to mountain bike parks or other year-round activities, may be a hint of things to come. How does a ski company, with many millions of dollars invested in winter sport infrastructure, branding, and image, adjust?

In large part they do what we’ve witnessed over the past decade: invest in alternative brands and images, find new ways to use their existing infrastructure for non-winter activities, work to change land-use restrictions, and find the new, or altered, brand identity that drives non-sliding business. And, as we discussed in part one of this series, so far so good on this front.

We can only indirectly influence climate at the individual or corporate level, of course, and even that takes a village. But the data also point to a no-less-existential threat in the form of declining snowsport participation rates.

In the ’70s and ’80s, as the industry started to truly emerge, the Baby Boomer generation bought into skiing with fervor. It invested in and created the image and panache of the sport, driving ski fashion and lifestyle, and helping to shift the structure around mountain sports from cottage to industrial in the process.

A few major shifts happened between then and now. Late Boomers and early members of Generation X became the pioneers of snowboard culture, an extension of the ’80s skateboard culture and a disruptor to traditional ski resorts. Eventually, the industry saw the potential, adjustments were made, resorts shifted to accommodate the churn (with some resistance from the purists), and the ’90s were boom times.

But subsequent age groups have not been captured in the same way as the Boomers and X-ers (see NSAA/RRC participation chart, next page). As Boomers age and ultimately hang up their gear, there is a lack of backfill to replace them. Ages 25 to 54—many of them introduced by Boomer parents—have been a relatively steady source of participants for the last 10 years or so. But there’s little backfill in the 18 to 24 age group that follows them, with similar patterns emerging for the 13- to 17-year age group.

The result is declining or flat visits, and a threat to the long-term stability of an industry that requires significant buy-in from consumers early in life to create the adherent consumer. While we see some stability emerging in the very young age groups in recent years, it’s not yet clear that the industry has cracked that nut. 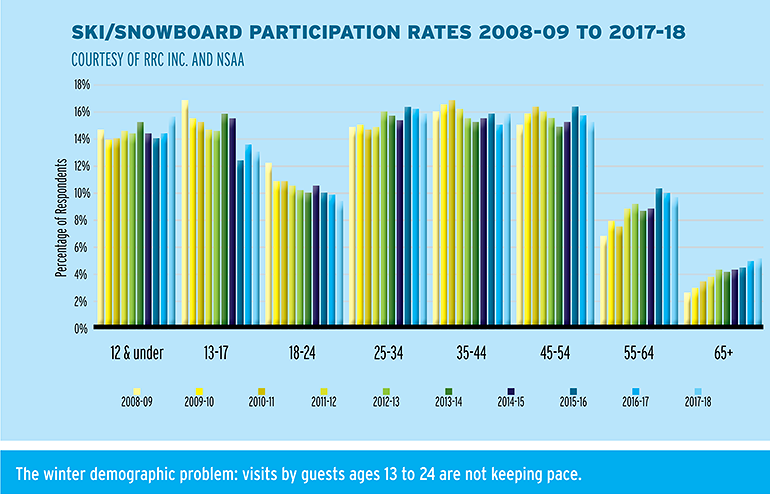 In addition to the year-round business case and the push for revenue gains, climate and generational change are two more factors that encourage a shift to summer. But they also represent significant challenges.

Advantage Summer?
Summer occupancy rates have almost reached parity with winter (see “Summer Rising,” Part 2, SAM March 2019), with summer occupancy equal to 97 percent that of winter. Can we improve that?

Winter season has a well-known challenge, which is that many destinations are reaching—or have reached—their maximum practical occupancy rate (typically, 94 to 97 percent of total occupancy) on weekends, holidays, and at other peak times. With a diminishing or flat professionally-managed inventory, where’s the room to grow?

This conundrum of winter is now also a conundrum of summer, as occupancy levels and patterns now closely matching those of winter. But summer has an advantage. Consider:
Midweek winter fill has been hard to achieve, apart from the Christmas holiday season and some long weekends in January and February, because kids are in school. And even those long weekends don’t really provide “midweek” business, just extensions of the weekend. Spring break is another winter opportunity, but the dates shift, and visits are subject to later-season conditions.

A glance at the summer and winter occupancy rates below, comprised of the performance of Inntopia’s Western Region data set, shows that the dramatic peaks and valleys of winter (blue line) are tempered during summer months, when school is out. Of course, after the Labor Day weekend, they begin to look more like their winter counterparts. 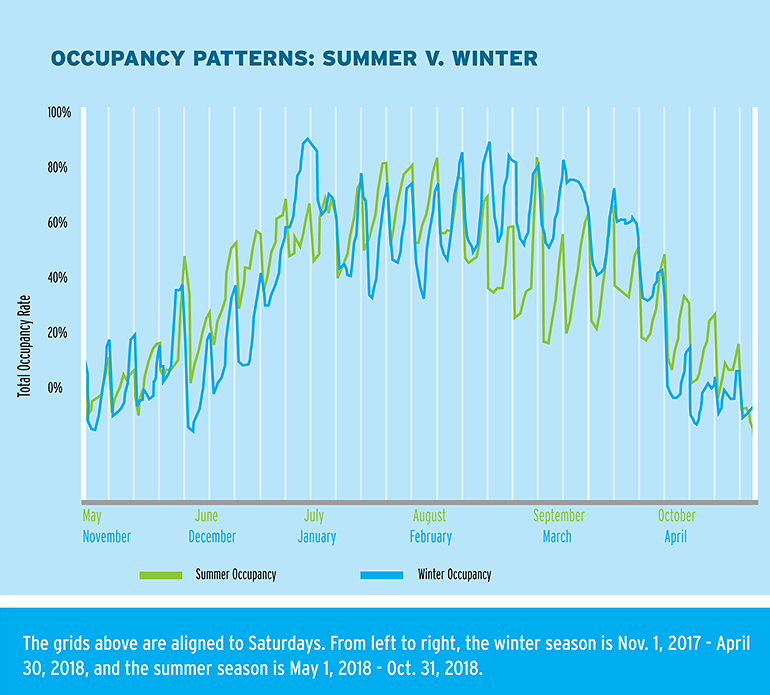 Summer vacations give marketers a better opportunity to attract the Monday to Thursday night crowd. Hence, we have summer events that span from weekend into weekday, often across several weeks. This is clearly an advantage for summer season’s growth potential.

Another trend visible in the summer chart is the emergence of the “third season” at the tail end of summer. Even as recently as four years ago, the strength of September and October were less prevalent, with a strong drop immediately following the Labor Day spike. But mountain towns quickly realized that, unlike mud season at the end of winter, the September and October shoulder season represented a unique opportunity, one based on autumn conditions and an audience that didn’t necessarily include families during the midweek. Though the fall pattern is more like winter than the earlier months of summer, with greater disparity between midweek and weekend performance, the emergence of this extra 60 days of business is unmistakable.

Again, this seasonal extension is an opportunity that winter months rarely have. The winter restrictions of weather, waning interest, and in many cases workforce availability, prevent many resorts from full operations beyond mid-April, even when conditions warrant it. In summer, with less infrastructure to operate, the staffing issue is less of a challenge, and the change of seasons is itself a draw. Suddenly, a three-month summer season becomes firmly established as a six-month season.

Opportunities, or Challenges?
What might stand in the way of further summer growth? Capacity to accommodate overnight guests due to inventory restrictions, particularly during peak times, is an issue shared with winter. As discussed in Part 1, the number of large development projects hasn’t really recovered since the Great Recession and, though lodging inventory has never been a completely static value, it was at one point well quantified and understood.

Today, though, understanding inventory in any travel destination—or almost any market—is dramatically more challenging due to the rent-by-owner marketplace. This marketplace can hinder DMOs and event planners who do not fully understand how it impacts overnight capacity in their towns.

That’s less of a problem now than it was a few years ago. Over the past several years, destination towns have put significant effort into codifying, regulating, and licensing (and therefore counting) the rent-by-owner market, bringing units heretofore in the shadows into the broader marketplace, so that DMOs and other key players can anticipate capacity and plan growth around it.

Additionally, the rent-by-owner portals are evolving from competitive inventory marketplaces to full-fledged sales channels, on which the professionally-managed inventory in a destination market is also for sale. This brings the expanded short-term inventory to the consumer and can help to fill the gap in the traditional pipeline.

Overall, this normalization of the RBO inventory and a shift in how towns and DMOs think about inventory is likely to benefit the summer season. We urge all town constituents, including HOAs, property managers, town and city government, the DMO, health and safety professionals, and non-industry citizens, to get involved in, or organize, a holistic approach to addressing inventory issues. That way, the new normal can be established with all parties in mind.

A second aspect of the inventory discussion is the impact of the rent-by-owner marketplace on workforce housing. Many resort operators would term this a must-fix situation. With respect to winter, there’s no doubt that the lack of workforce housing is a major issue, as units traditionally rented to seasonal workers disappear into the RBO market. But this is a smaller issue in summer, when the focus moves to events and activities staffed by locally-based, permanent resident employees.

However, the argument can be easily made that what ails winter ails summer. That is, without a sustained winter business, the resort cannot thrive, and summer would ultimately suffer as a result. That’s important, and why many towns are hard at work looking for ways to incentify the development of workforce housing. Resorts and large event operators can (and should) urge local officials to zone and build appropriate accommodations and support those efforts where resources allow, to their own and the community’s benefit.

In the End ...
The opportunities and challenges (some are both) for summer business in traditional ski resort communities are many. DMOs, resort companies, and local town and county governments all aim to grow the summer season, and have done so both aggressively and thoughtfully.

Yes, there are barriers to summer serving as the sole engine of mountain destinations, if that is the future of more southerly and/or low-elevation resorts. But evolution takes time, and the industry is off to a good start.

The original goal of ensuring year-round revenue to support the primary business of winter recreation has evolved to a new summer business model that makes a case for its existence in and of itself. Fantastic multi-day or multi-week events, concerts, new ways of using the outdoors, concentrated efforts to understand the economics of the new inventory realities, and finding creative ways to use ski infrastructure are all combining to create new economies that can and should evolve toward self-sustaining. The brand is evolving with the economy, and new consumers are being created, with the intent of making them year-round consumers of both products. 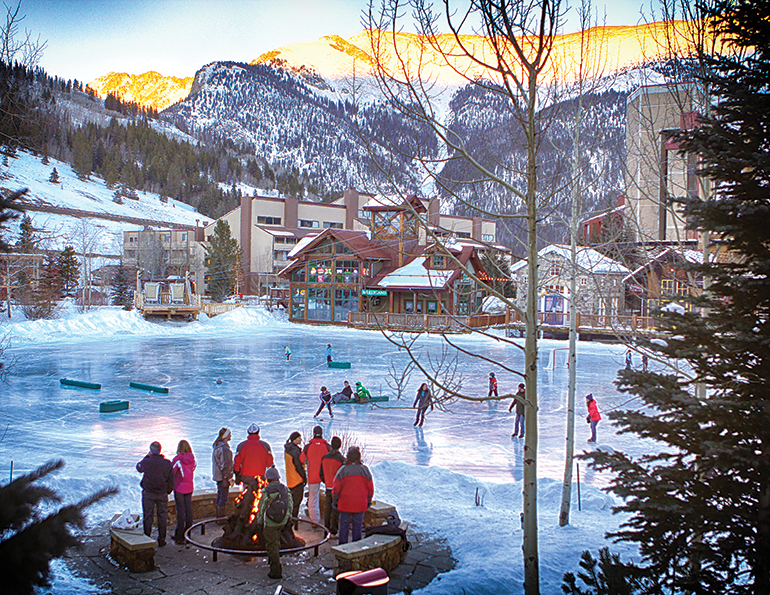 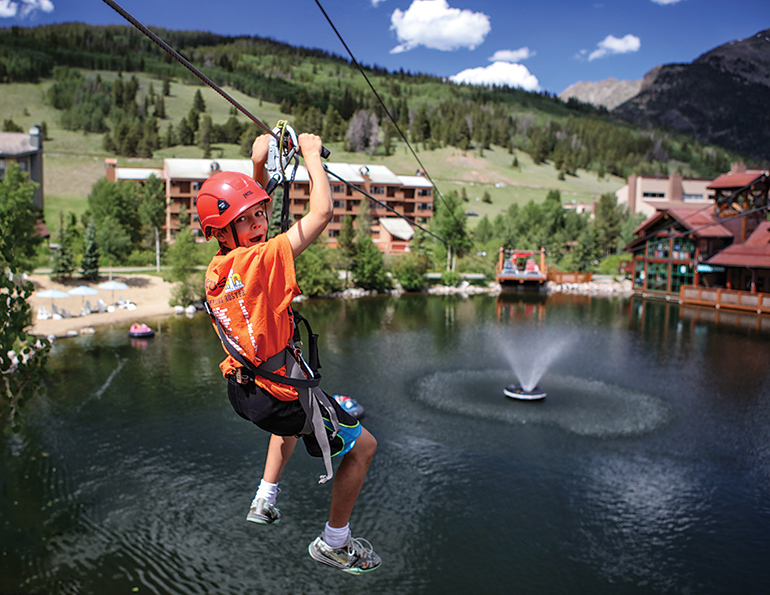 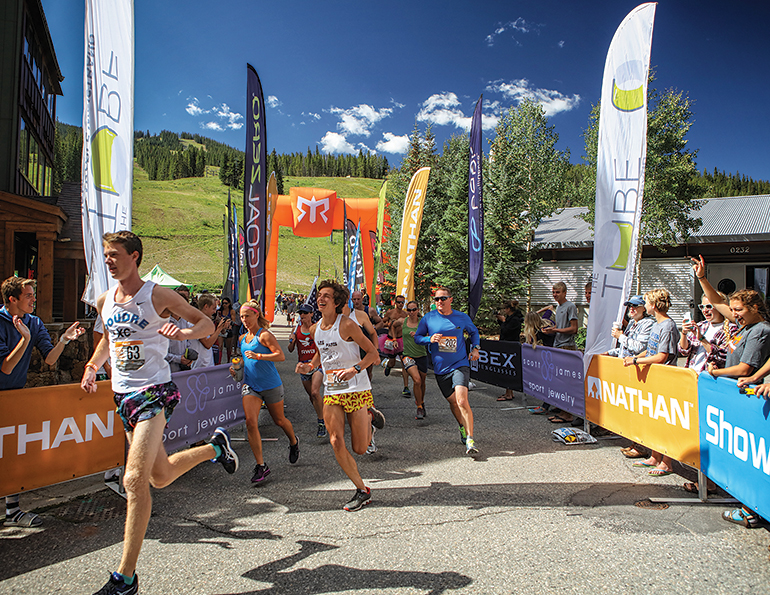 There is little doubt that summer is in fact rising in the mountains. It has been doing so for almost a decade now, and will—perhaps must—continue far into the future.