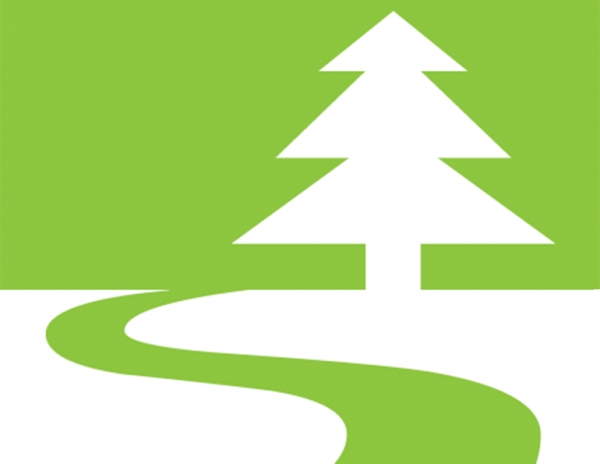 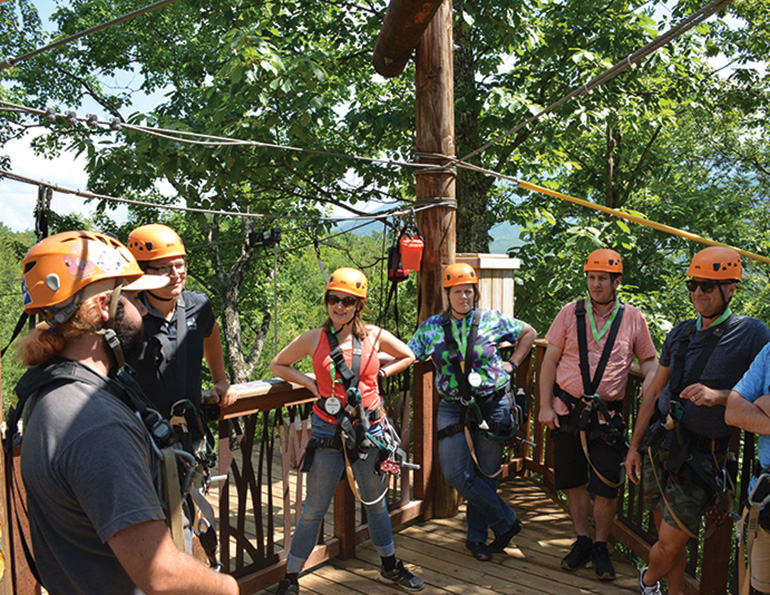 Campers about to embark on the zip line tour at CLIMB Works Smoky Mountains. 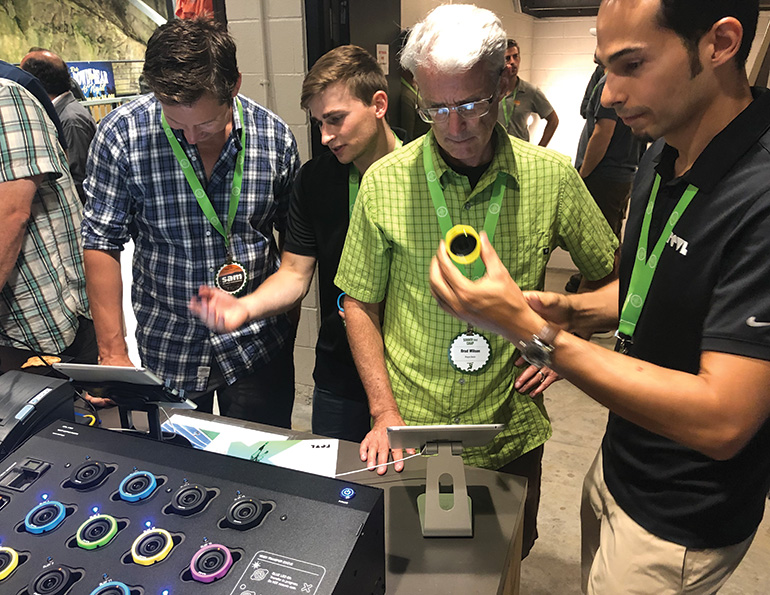 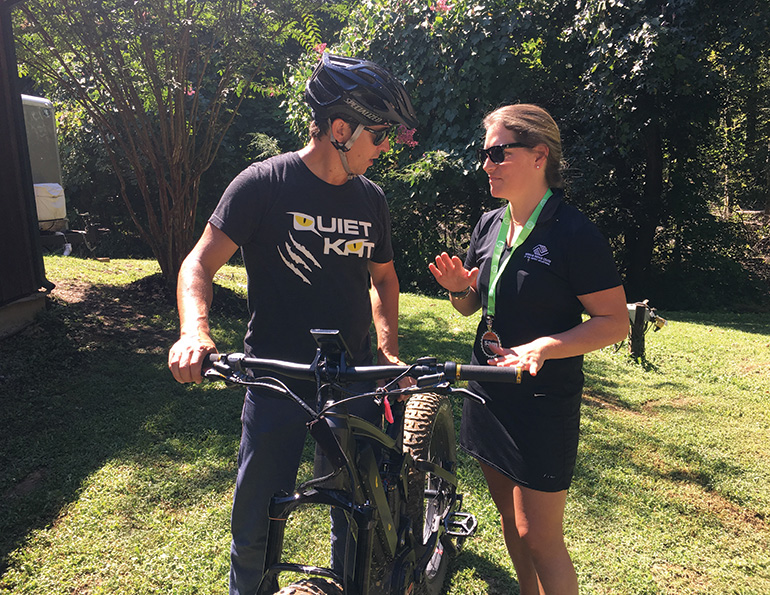 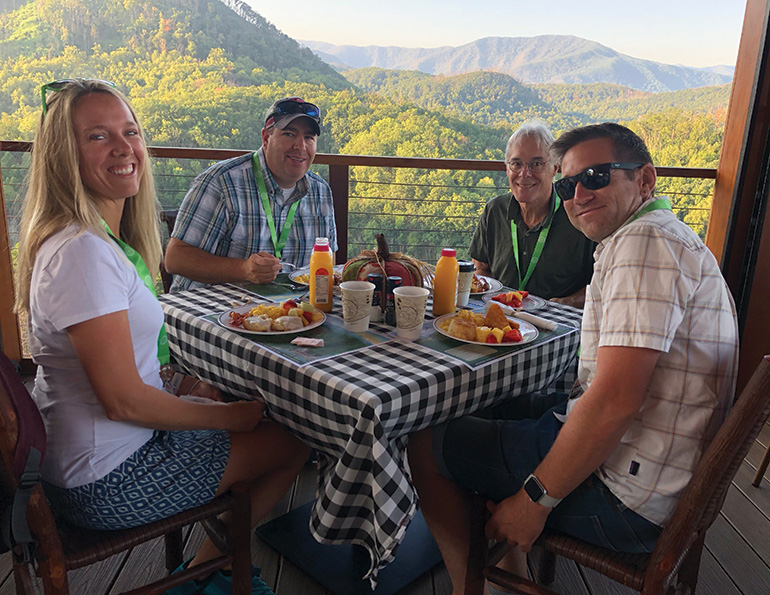 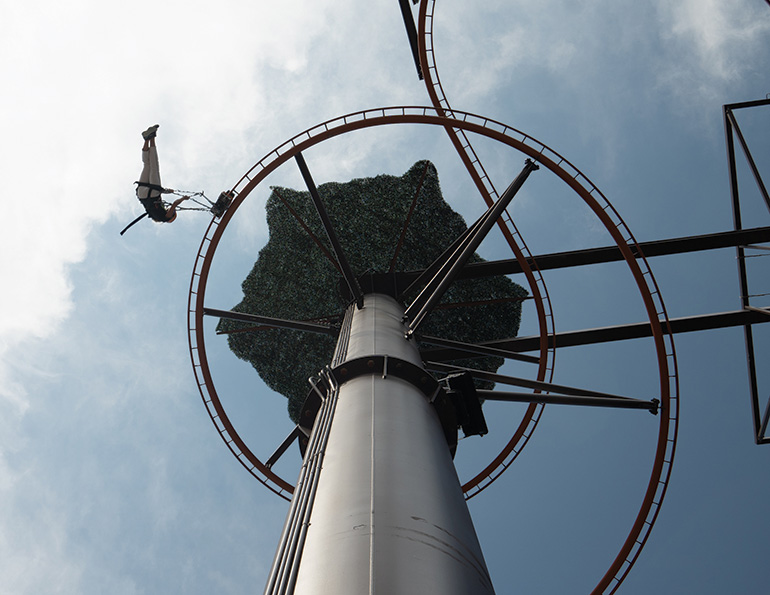 A zip line that can turn corners—the technology behind the world’s first Switchback rail-to-cable ride at Lumberjack Feud—could be a game-changer. 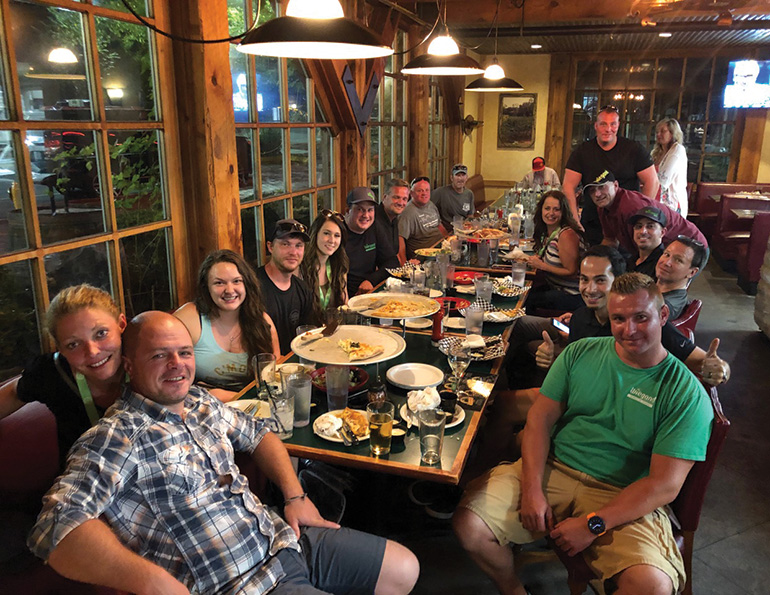 Campers grab dinner after a seven-coaster tour courtesy of Wiegand. 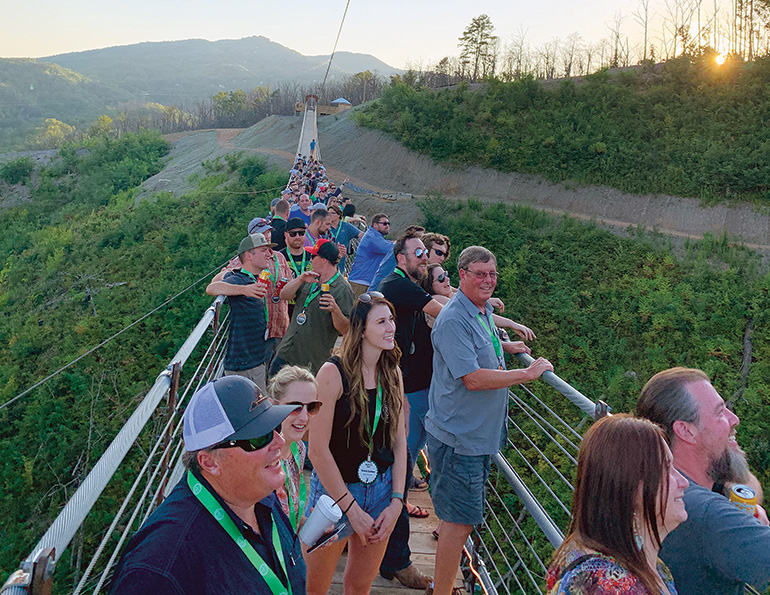 Sunset stroll across the SkyBridge at Gatlinburg SkyLift. 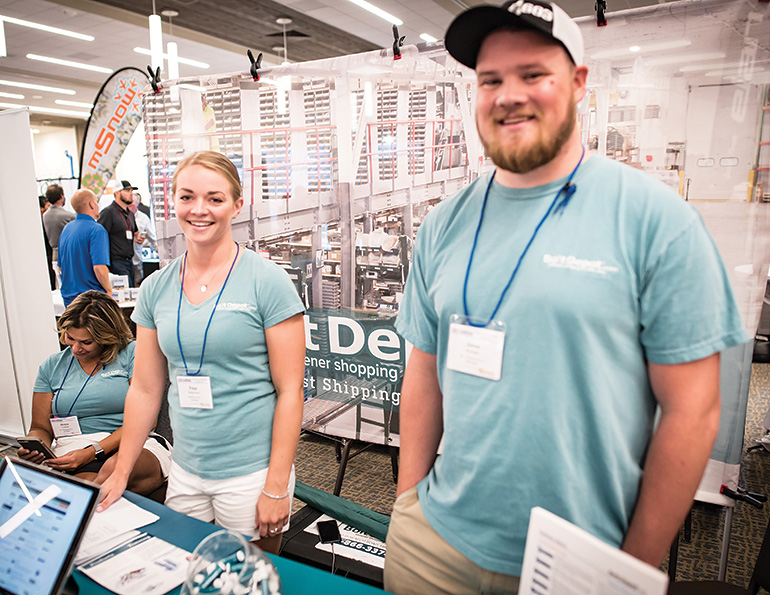 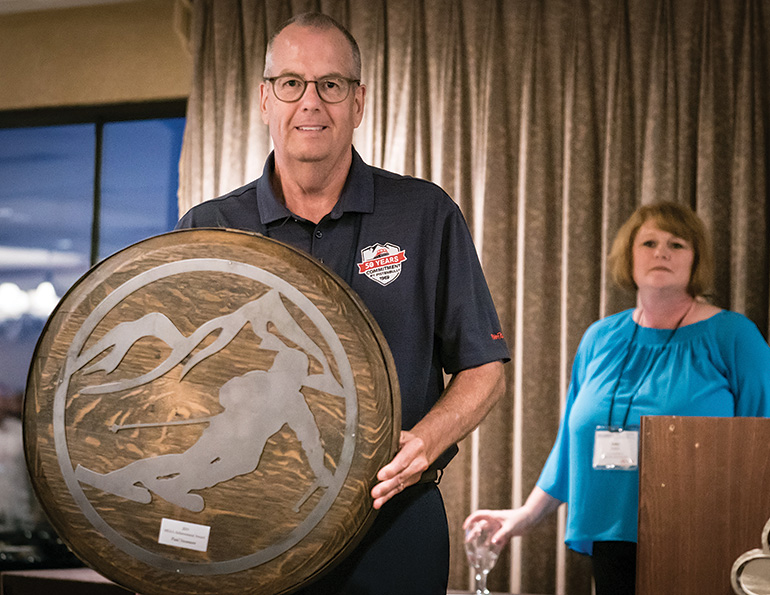 Paul Swanson of PistenBully (and previously of Tucker), also a former manager of the Midwest Ski Association, forerunner of MSAA, was honored with the Jim VanderKelen Achievement Award. 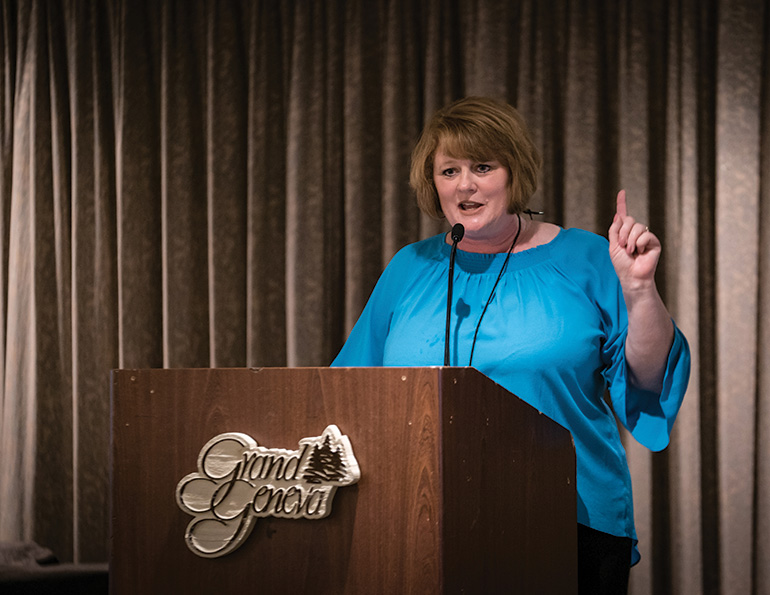 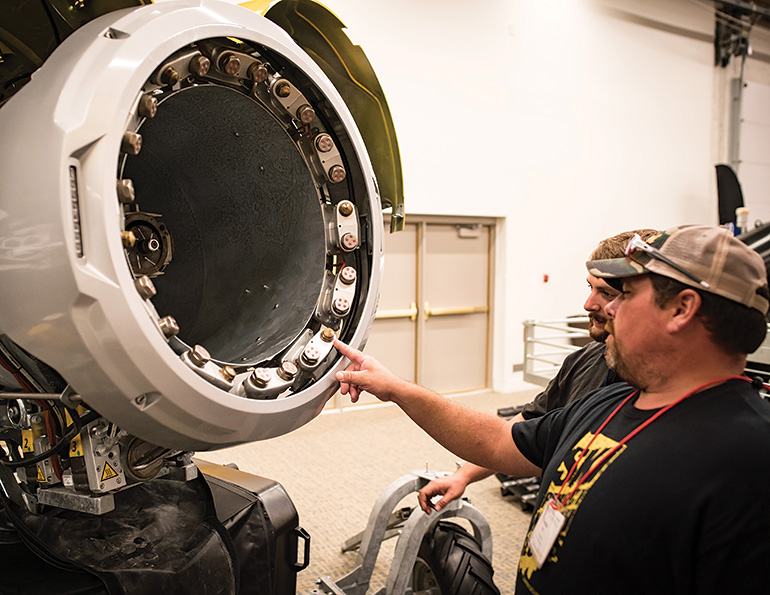 Getting up close with the latest equipment at the trade show. 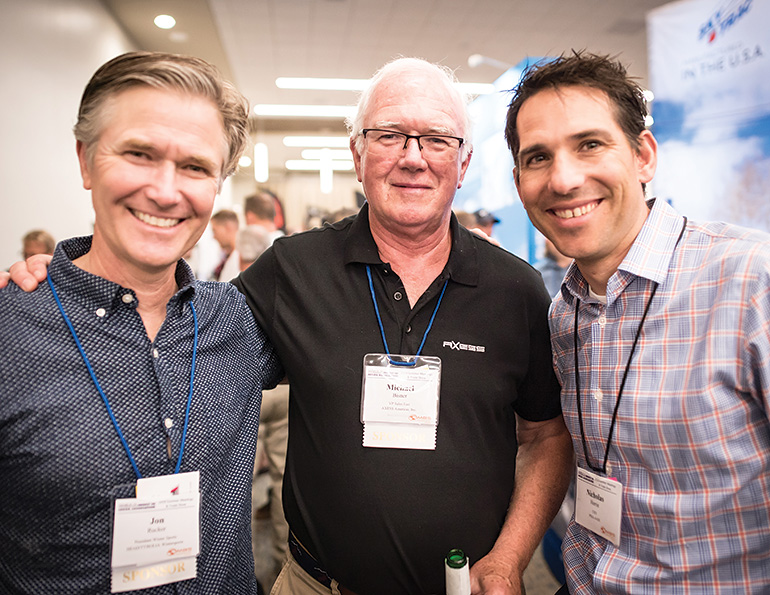 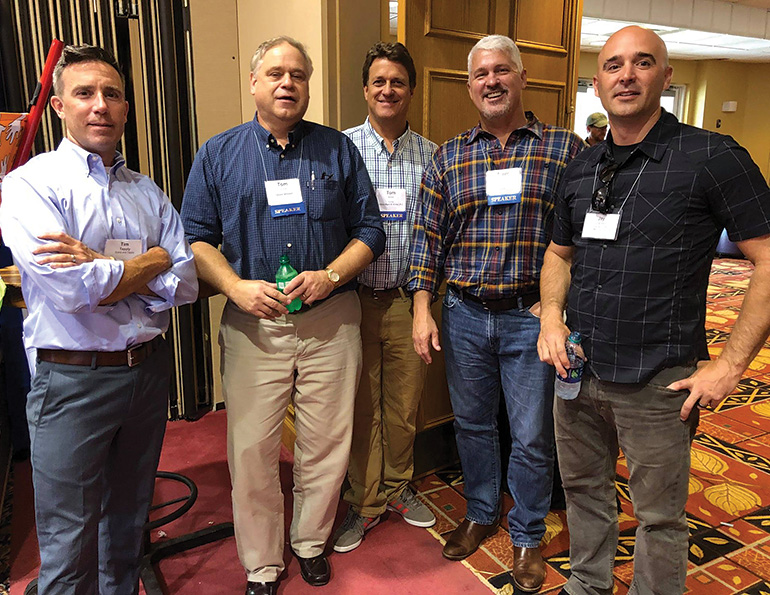 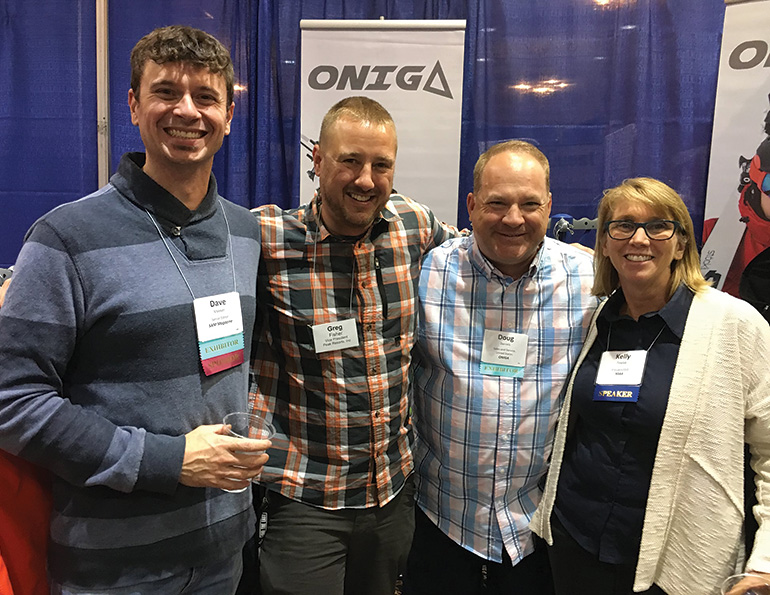 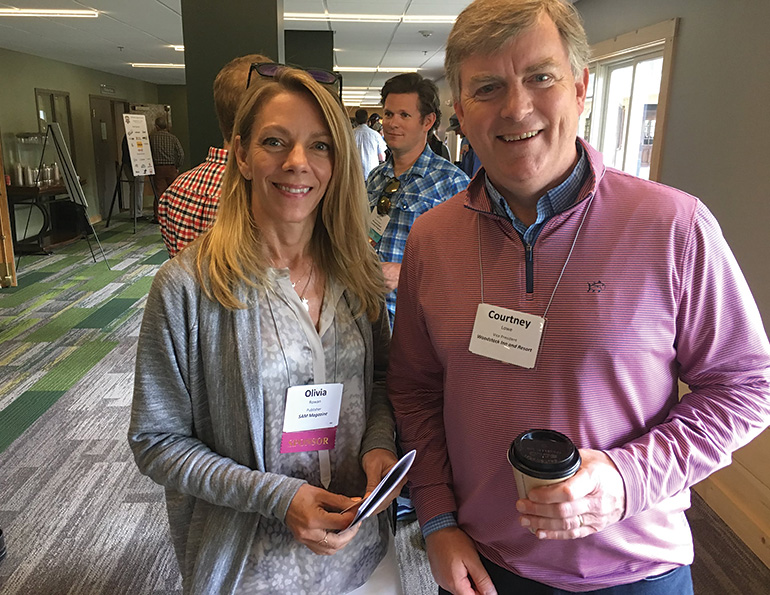 SAM’s Olivia Rowan catches up with Courtney Lowe of the Woodstock Inn and Suicide Six, Vt. 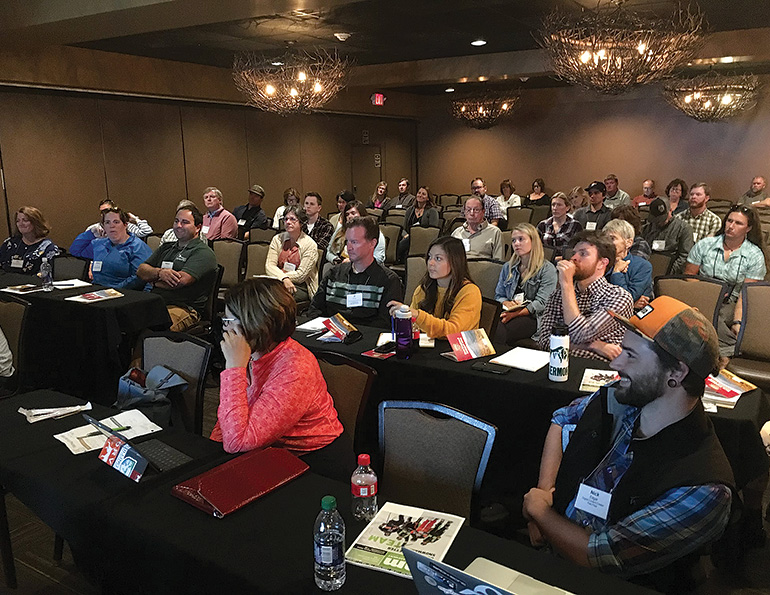 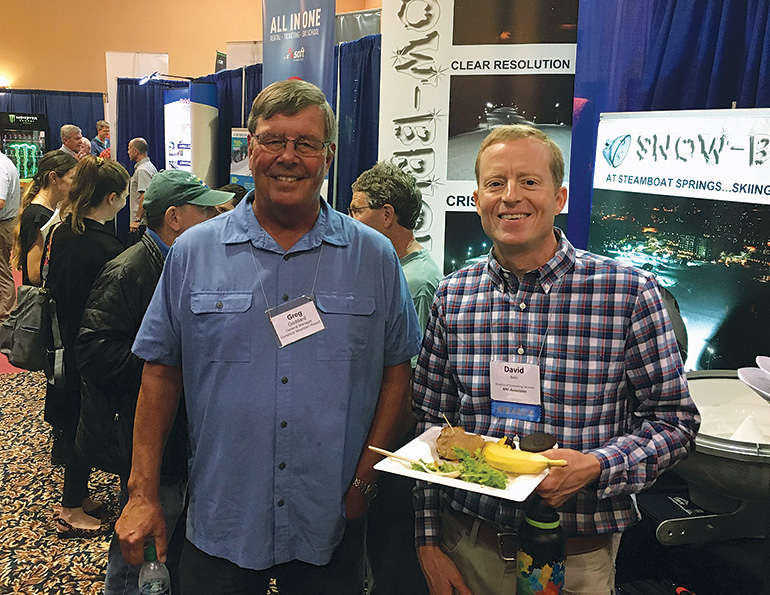 Gunstock’s Greg Goddard and Dave Belin of RRC check out the trade show. 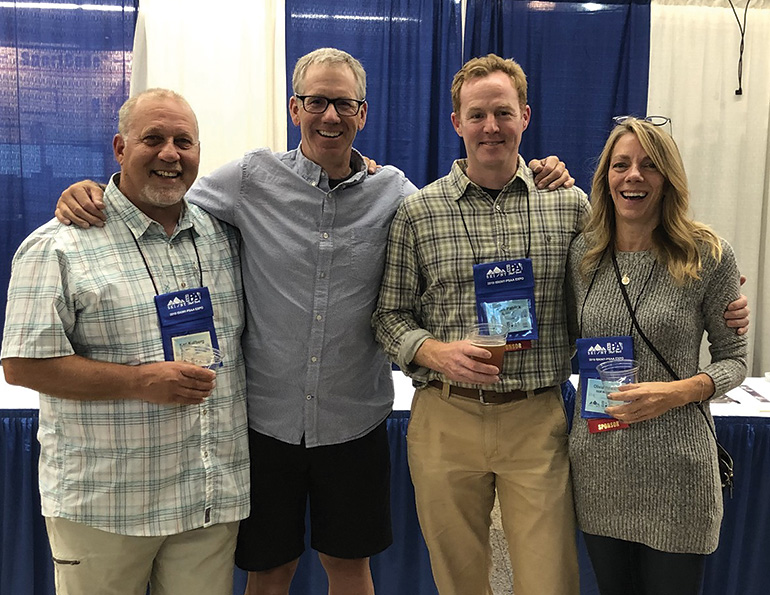 (L to R) Karl Kulberg of Mount Peter; Tim Bruce and Ryan Patrick of Safehold Special Risk; and Olivia Rowan, SAM Magazine, are all smiles at the trade show. 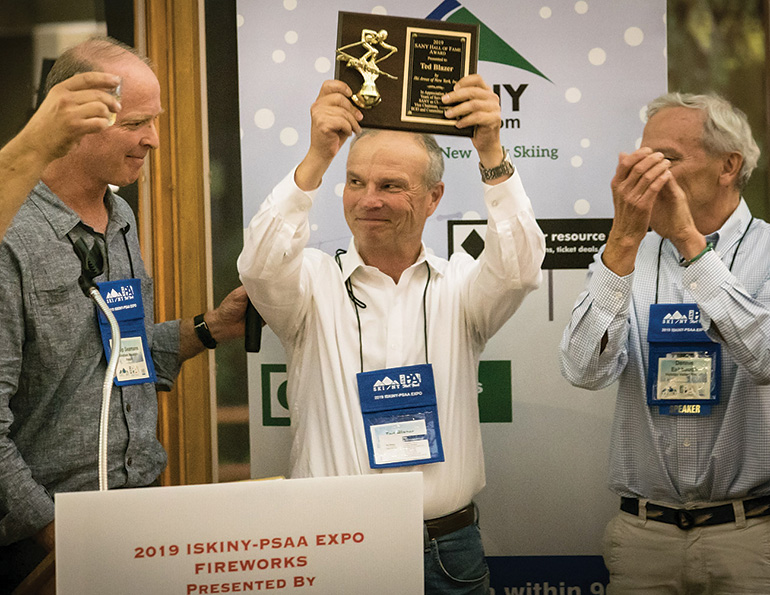 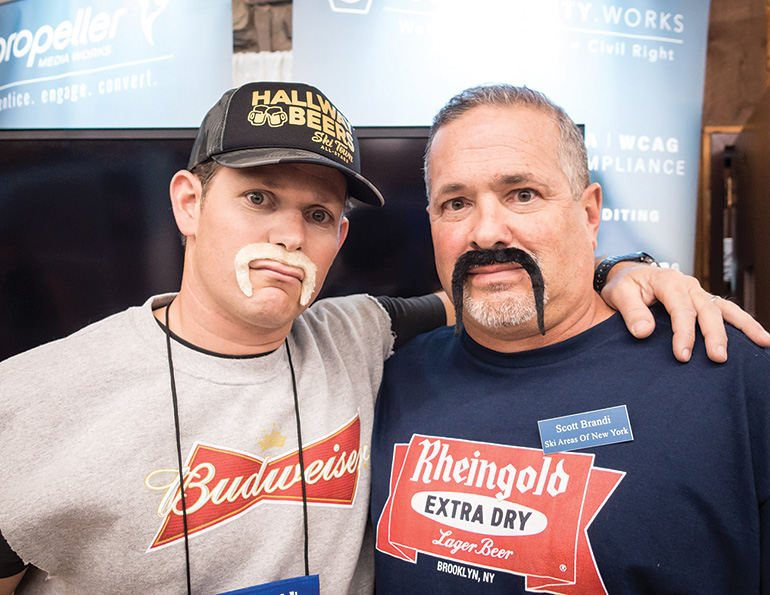 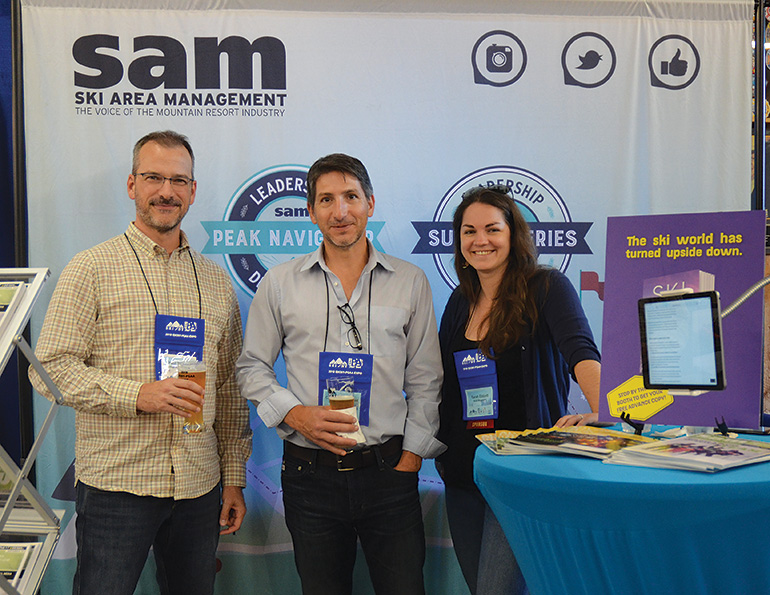 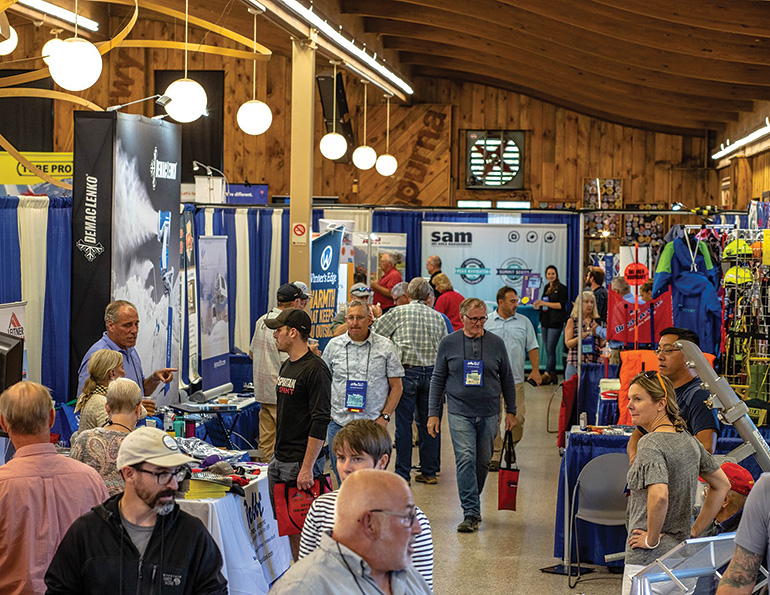 The trade show hall was abuzz as attendees prep for winter. 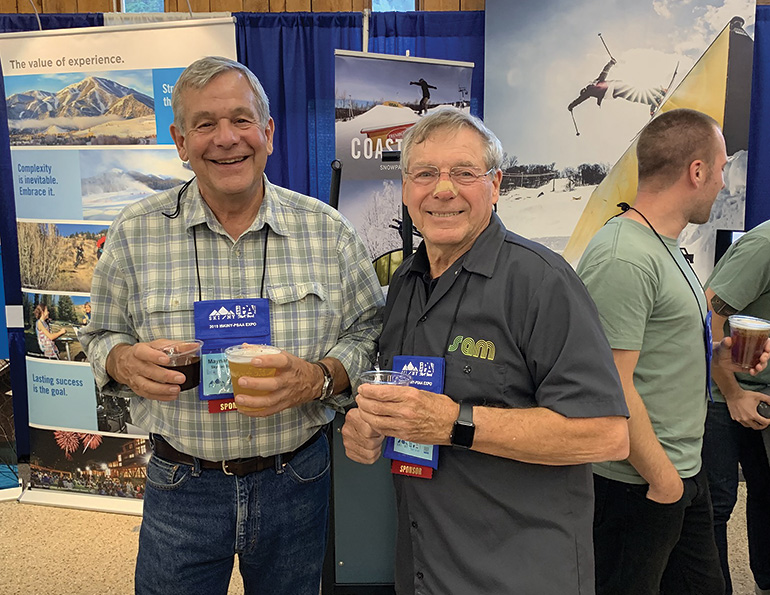 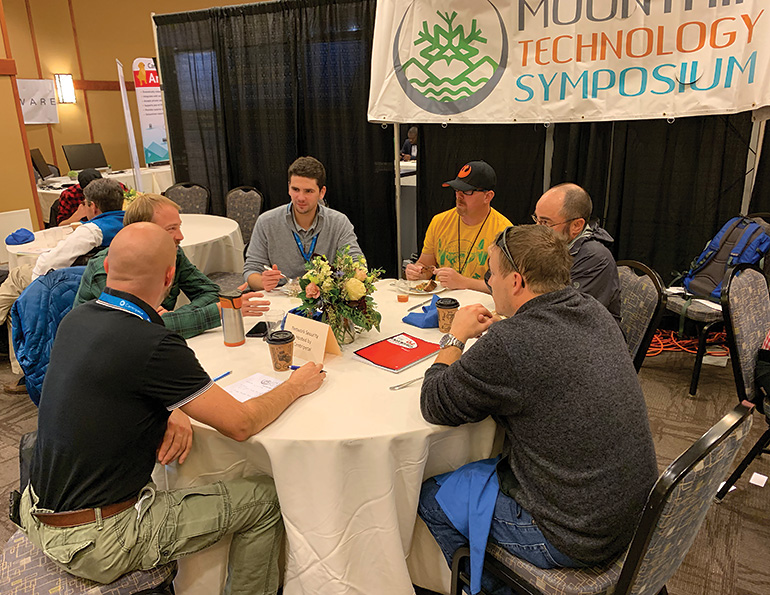 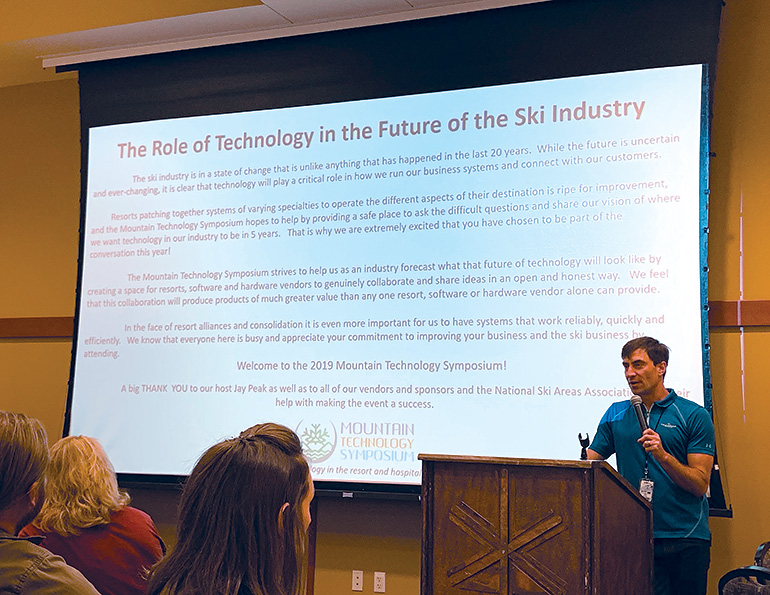 Organizer Chris Jaquet of Telluride opens the conference with a discussion on the future of technology in the industry.