Modern lubricants are extremely capable of doing their jobs, but only when you apply the right lubricant for the job. 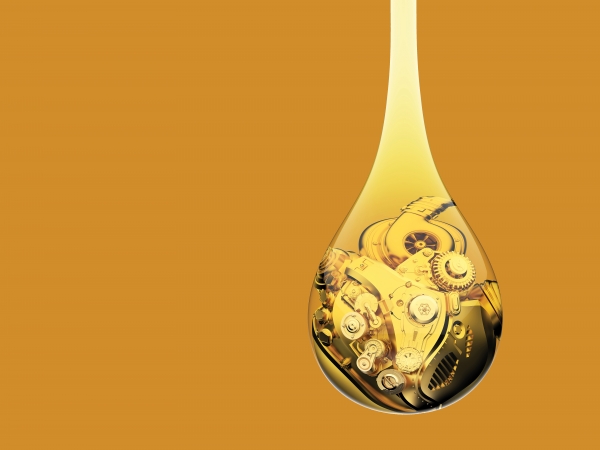 In part one of this two-part series (SAM, September 2019), we presented the basic properties of lubricants, and saw that understanding a lubricant’s viscosity and determining its viscosity index is important to knowing what will work best in certain applications. Here, we’ll look more closely at the additives used to modify base oils and achieve certain goals, and, also, explain why not all greases are the same.

Additives can be very confusing, because there are so many, and they perform so many different functions. Mainly, additives allow oil to perform both dependably and efficiently over time.

One key to extending a lubricant’s life is preventing oxidation. Ask any of the old timers that you work with, “What was the first thing you did while working on an engine in the 1960s (or ’70s)?” and his or her answer will likely be, “I took out a putty knife and scraped the crud out of the top of the heads.” That black, semi-solid “crud” was oxidized oil.

Yet, today, we take the valve covers off an engine that might have 150,000 miles or 400 hours on it, and the top is barely discolored. That’s because additives such as ZDDP (zinc dialkyldithiophosphate) have combined with the oil’s structure to greatly reduce the oxidation rates at higher temperatures.

The following are descriptions of several common additive families. Figure 1 shows where they are usually used.

Emulsifiers and demulsifiers either allow or inhibit combining with water. In some applications, such as rolling element bearings, water has a terrible effect on bearing life, and demulsifiers prevent the water from getting to the metal’s surface. In other cases, emulsifiers act to help absorb water.

Detergents and dispersants keep the lubricated area clean. Detergents remove particles from the containment surfaces to prevent a buildup of debris that would affect operating clearances, cooling, etc. Dispersants help keep wear and oxidized particles suspended in the oil stream, where they can be filtered out.

Defoamers do exactly that. Foam bubbles will destroy the lubricating film if they aren’t controlled. Ironically, though, if too much defoamer is added, it actually causes foaming.
Corrosion inhibitors prevent damage that could result from water or the degradation of other additive chemicals.

Figure 1 (below) shows the main variations between lubricants used for different applications, but there can be differences between two lubricants of the same general type, too. For example, Figure 1 shows the types of additives used in automatic transmission fluids (ATFs). But there are different types of ATFs. Figure 2 (below) shows that an ATF from Ford and another from GM have very different friction requirements. If you look at car and truck manufacturer’s ATF specifications, you’ll find there are five different viscosity ranges. You can’t simply assume that one particular ATF can be used for all transmissions.

Another example of these differences—and their complexity—is comparing automotive engine oils and industrial gear oils in Figure 1. Both have anti-wear additives and oxidation inhibitors, but automotive and light truck engine oils may contain as much as 16 percent additives, while the gear oils might be 4 percent additives. Based on the types of additives in each, it might appear that the two oils are similar, but the volume of additives makes them quite different.

Other than our engines and larger gearboxes, most ski area equipment lubrication needs involve greases. Greases can be applied to everything from wire ropes and the bearings in sheave wheels to the gear and grid couplings on some lift drives. And as with fluids, there are very different types of greases.

Multi-purpose greases can be useful, but aren’t the best choice for anything. That isn’t really critical for some applications, such as the bearings in the bench grinder in the shop, but it is very critical for sheave and bullwheel bearings, where a failure is expensive.

In those critical applications, choose a grease that has the proper viscosity and additives for the job. For example, how well are the bearings sealed? If water can get in, you may want a grease with a thickener, such as calcium sulfonate.

Typical operating temperatures will also inform the type of grease you should use. For grid or gear couplings that run at more than 300 rpm, use a coupling grease that doesn’t allow the thickener and oils to separate. But motor bearings should use a ball-bearing grease. And remember: over-greasing those motor and pillow block bearings can easily cut their life in half.

Some lubrication needs pose real challenges. For example, it is difficult to lubricate the wire ropes on our lifts without dripping grease on our customers.

The most common problems we see, though, result from water contamination. Whether it’s a bullwheel bearing, sheave bearing, or a gearbox, most failures result from water contamination, either from poor seals or from them “breathing in” condensation. It doesn’t take much water to create problems, either. Several studies have found that as little as one ounce of water in eight gallons of oil can cut ball and roller bearing life by a factor of five.

Gearbox condensation problems can be greatly reduced with oil sump heaters and desiccant breathers. For sheave and bullwheel bearings, one key precaution is to improve the seals and choose a grease with thickeners and additives that are water tolerant. Note: There is no such thing as a “waterproof” grease. However, some greases have additives that greatly reduce the chance of bearing damage from water contamination.

Other common problems include over-greasing—an uneducated person may not understand a bearing’s needs—and poor seals that don’t keep water out of older machinery very well.
Also, mixing greases from different manufacturers can cause problems with both thickener incompatibility and additive incompatibility. Be very careful when changing suppliers, and ask for documentation showing the results of formal compatibility testing.

Using the right lubricant means making well-informed choices. The resort’s top-rated mechanic should be responsible for specifying which grease or lubricant to use. For this role, he or she should also have some formal lubrication education. If the resort can’t afford that education, the tech should cultivate a relationship with a skilled, certified vendor who’s had lots of field experience.