The implications of air travel. 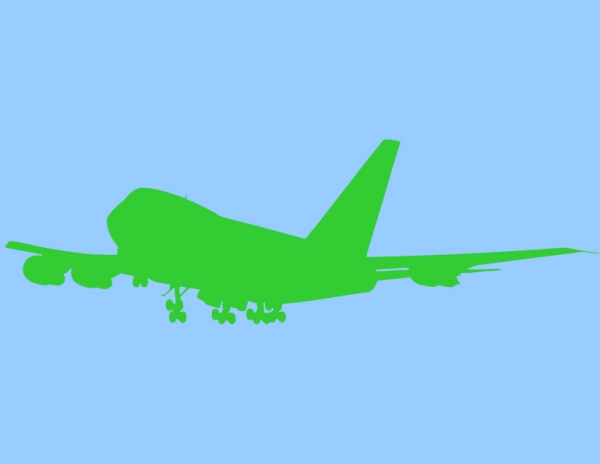 When Sun Valley was born in 1936 as the first true destination ski resort in the United States, its customers arrived mostly by train. Today, more than eight decades later, most arrive by airplane—either at the local airport down-valley in Hailey, or at Boise, three hours away by car. So goes it for travelers to most destination ski resorts. And this progression, while good for resort business, is something consumers and environmental watchdogs are now starting to consider: Travel by air generally cause more emissions than travel by train or car.

As the ski industry continues to actively confront climate change, it’s important to consider how air travel fits into the mix.

The Ins and Outs

There are lots of variables that go into a precise calculation of short- and long-term impacts of air travel. Some airlines have larger carbon footprints than others; so do some flights. Where you sit can even make a difference—for example, a first class seat takes twice the space of economy, and is responsible for twice as much carbon emissions. So, is driving less impactful than flying? In broad strokes: Yes, auto travel is less impactful, if the car is packing several people. No, if someone is traveling solo while the plane is flying full or nearly so. The carbon footprint of four people traveling by car is perhaps half that of the same four flying to their destination. But for a single traveler, air travel has about half the impact of driving solo. The chart below illustrates some of the variables.

In general, planes are actually more efficient than cars. However, more people are flying. The numbers are staggering: From 2013 to 2018, emissions from air travel surged 30 percent. Air travel in the United States produces 9 to 11 percent of total domestic transportation-related emissions, while globally, 2 to 3 percent of all greenhouse gas emissions are attributed to aviation. Those statistics lowball the true environmental impact, as emissions at altitude trap heat at about twice the rate of emissions produced at ground level. Too, airplanes burning jet fuel emit nitrous oxide and other particulate pollutants. Unchanged, air travel by 2050 will be responsible for 20 percent of all global emissions, a result of both of increasing flights and decarbonizing other sectors. This growth is expected to come primarily from growing middle classes in China, India, and other developing countries, but the United States has seen an increase of 8.5 percent in passengers from 2017 to 2019. And a few travelers are having an outsized impact: 6 percent of air travelers account for a large share of air travel-related greenhouse gas emissions.

Such statistics have spurred a pushback against air travel. Sweden is the epicenter of a movement called flyshame, or flygskam. In 2015, Swedish Olympic biathlon gold medalist Bjørn Ferry committed to stop flying. Some Swedish celebrities have followed suit. To avoid flying, last summer, teenage climate activist phenom Greta Thunberg (Time Person of the Year) sailed from her native Sweden to the U.S. to call for urgent action, gaining a lot of attention for her cause.

Others are on board—in both the consumer and government sectors. In a recent survey conducted by the Swiss Bank UBS, 21 percent of respondents in the U.S., U.K., Germany, and France said they’d cut back on flying this year. And starting next year, France will impose a tax on outbound flight tickets.

Airlines are also taking note. In November, U.K. budget carrier Easy Jet said it would become the first major airline to operate with net-zero carbon dioxide emissions by buying carbon offsets. British Airways is on its own path toward carbon neutrality by 2050. In the U.S., Delta has begun using biofuels in an attempt to lower emissions.

How does this translate to the ski industry, where visitors to some of the major destination resorts that are the most aggressive about climate change get there by air—some in private planes? Air travel, especially by private jet, will be susceptible to shaming for a long while.

The aviation industry has worked to improve efficiency in air travel over the past few decades. The number of miles one passenger can travel on one gallon of jet fuel has increased from 34 passenger miles per gallon in 1991 to 56 passenger-miles today.

Still, Amory Lovins, chairman and chief scientist at the Rocky Mountain Institute, near Aspen, contends that airplane manufacturers can do better. In November, Lovins was a featured expert at an Aspen Institute panel discussion, “The Future of Aviation in a Carbon Constrained World.” He says that for decades the industry has had the technology to make airplanes three to five times more efficient, yet little has been done. “There must be a demand for more efficient planes and more atmosphere-friendly fuels,” says Lovins. “Without a clear market, vendors and investors will largely stay on the sidelines.”

Lovins foresees promising breakthroughs in electrification of aviation, somewhat similar to what’s happening with ground transportation. Airlines and airplane manufacturers agree; some are even hoping that hybrid jets will be an option with the next generation of airplanes. According to a November 2019 Wall Street Journal article, Boeing and JetBlue have both invested heavily in Zunum Aero, a Washington State-based startup that’s hoping to build a 50-seat hybrid jet by 2050.

Peter Savagian, senior vice president of engineering at Ampaire, which has developed an electric hybrid plane used for training pilots, says it will be decades before the largest commercial aircraft are fully electrified. But the industry is making strides. Ampaire is focusing on slower-moving, short-range and smaller aircraft, such as those that shuttle passengers among the Hawaiian Islands—or from Denver to regional airports throughout Colorado ski country. Altogether, the United States has about 100,000 such flights a year. Ampaire and another company, IKHANA, have also been awarded contracts by NASA with the mission to pioneer development of hybrid diesel/electric configurations for the 19-passenger Twin Otter.

So how long will electrification take? It’s a learning curve for the airline industry much like it’s been for automobiles. Savagian, who spent years at General Motors working on electrified vehicle propulsion systems, reported almost a 10-fold increase in energy density in the Tesla 3 that he drives, compared to the EV 1 that went into production in 1996 when he was with GM. While this 8 percent annual increase makes batteries viable for cars, jets have much greater energy needs. But it shows there’s hope.

Savagian said electrification is being pushed by growing consumer demand to lower carbon footprints of travel as well as the business opportunity—electric aircraft can cut fuel costs by 90 percent, and maintenance costs by 50 percent. This will not only reduce CO2 emissions, but help regional airlines that struggle with high operating costs.

Alternative fuels, including biofuels, are less promising. In 2018, just 2 million liters of alternative jet fuel were produced, compared to the 360 billion liters of jet fuel consumed that year. And the lifecycle carbon costs of biofuels make them little better than conventional fossil fuels.

Most of us can’t take to the high seas like Thunberg, so what can the average air traveler do to ease their carbon footprint? Like Easy Jet and British Airways, some travelers have turned to offsets to relieve the guilt of flying. One type delivers money for projects, especially forestry projects, that deliver biological carbon sinks. But some experts prefer to support different projects, such as improved farming practices. Other offset payments have been used to reduce the burning of fossil fuels by improving energy efficiency or funding renewables. Whether or not these projects truly work is another story. Verifying is a challenge.

“Getting There Greener,” a guide to lower-carbon vacationing put out by the Union of Concerned Scientists in 2008, outlines three key factors that determine the environmental impact of personal travel—the type of vehicle; the distance you’re travelling; and the number of people traveling with you—and provides a breakdown of the relative environmental impacts (for a sample of that information, see chart, p. 40). For a copy, head to www.ucsusa.org, and search for “Getting There Greener.”

The environmental impact of travel depends on several factors: distance, mode of travel, and number of travelers, as the chart here illustrates. Options are ranked from lowest impact (green dot) to highest (red dot). Source: “Getting There Greener,” The Union of Concerned Scientists

Ski resorts should be aware of the carbon footprint of air travel, both for their own knowledge and for their consumers. Is there an alternate way to get there that they can promote, like Whitefish, Mont., Winter Park, Colo., and the Truckee-Tahoe resorts, which all can be accessed by rail service? Bus service is another option, and has the lowest carbon impact of all.

Over the long term, air travel must become more environmentally sensitive. It’s likely that airplanes will be among the last mode of transit to significantly reduce its impact. That’s a fact of life that destination resorts will have to plan for as attitudes toward carbon footprints evolve.

We in the mountain resort community have been directly impacted by the current climate crisis. We have experienced shorter seasons, erratic weather, drought and wildfire. As stewards for future generations, we must take action to reduce this threat to our businesses and way of life. We need to do this as leaders of our industry and every day in the personal choices we make.

In 2016, the EPA reported that transportation in the U.S. surpassed power generation as the largest contributor to CO2 emissions by sector. Passenger cars accounted for 60 percent of the transit contribution, medium and heavy trucks, 23 percent, and aircraft, 9 percent.

Due to the remoteness of many mountain resorts, we rely on all these modes of transportation for bringing guests to our mountains, staff to work at our resorts, and the delivery of goods. Since destination resorts are more dependent than most businesses on guests arriving by plane, which is often the only practical option for many travelers, we must be vigilant about reducing our carbon footprint in other areas to keep our total impact to a minimum.

One of the ways we can reduce our impact is to address all transportation needs to and from our resorts. As passenger cars are the greatest contributors to CO2 emissions, incentivizing people to carpool (as with Snowbird’s R.I.D.E. app) and providing bus and/or public transportation options to and from the resort for both staff and guests alike will help. We can opt for electric vehicles when we replace our fleets. And we can add charging stations for electric vehicles. (Taos added more charging stations this summer to meet the demand of our guests).

We can educate ourselves and influence our suppliers to make shipping more efficient.

We can also purchase carbon offsets for our transportation impacts. Last year, when Taos launched Taos Air, we committed to offsetting 100 percent of the air service’s emissions by partnering with a fellow certified B Corporation, NativeEnergy (see www.skitaos.com/taos-air/100-carbon-offset). Travel is a necessity; so is carbon reduction.