Signposts to the Future

Listening in on consumer conversations to understand the season(s) to come. 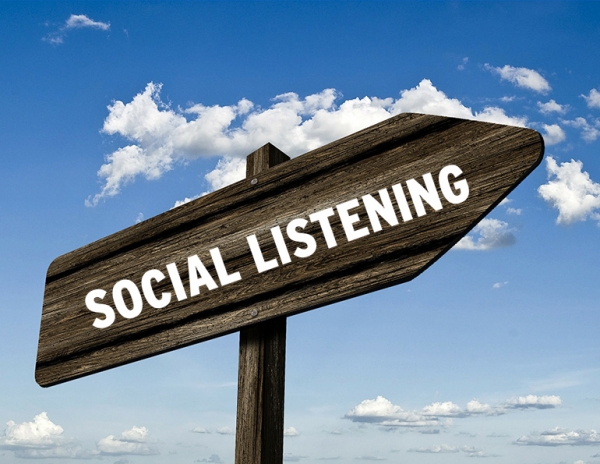 Businesses tend to get caught up in using what happened in the past to guide their plans. Historical data is instructive and aids in decision making, of course. But another useful and insightful strategy that operators, marketers, and brand builders can employ to inform their planning is to listen to customers. Social listening, specifically. Because what customers are doing and thinking truly matters.

It’s what customers say they’re planning—and better yet, what they’re talking about with each other—that will give you an accurate glimpse at what they’ll do and how you can shape their choices.

To help understand all this, SAM commissioned Metric Centric and Collective Work to conduct a “social listening” study and analyze the results. This report updates an earlier social listening that covered an October 2019 to October 2020 look-back period. The following report covers a look-back period from November 2020 to March 1, 2021. Both reports are available online at saminfo.com/huddle.

Our goal was to understand what consumers were saying to each other about the season and how resorts were performing, and to glean insights into what customers were thinking about in their travel plans. In particular, we were looking for conversations that would indicate:

• what worked and what didn’t;

• whether the intense interest in outdoor activity would continue;

• any differences between snow “novices” versus snow “regulars” and “experts;”

• any difference in what choices people would make for the winter season ahead; and

• the primary influencers of discussions for marketing purposes.

What is Social Listening?

Social listening is a newer way to gain customer insight, often used in conjunction with traditional surveys. However, even the most unbiased surveys tend to prompt respondents into giving an opinion. Social listening is a more organic and broad-based tool. It “crawls” the open web (not just social channels) “listening” for conversations gathered from the millions of breadcrumbs consumers scatter across the web, detailing their experiences, viewpoints, and personal perspectives—all considered “alternative data.”

The data is filtered and analyzed to pull out the key insights and review sentiment, comments, issues, problems, and ideas “heard” for contextual meaning. Analysts then develop scorecard summary analyses of trends and key findings to help understand audience segments, influencers, and public opinion.

Based on the results of the most recent look back, here are some trends we believe apply to U.S. ski areas generally.

The season was a success from the consumer sentiment perspective. Novices and experienced skiers alike gave resorts a “pass” grade for the season.

This reflects humans’ adaptability to significant disruption. Many altered their expectations in the face of the pandemic. Just like restaurant-goers and shoppers, most came to expect social distancing and occupancy limitations. They also were understanding why certain experiences were no longer available.

In fact, Covid-19 mentions were low throughout the entire lookback period, and lower yet in late January and February. The topic of vaccines came up more frequently toward the end of the season, with many wondering what that meant for next year’s ski season.

Overall, the sentiment was not vastly different from the 2019-20 season—which is a pretty remarkable achievement. Sentiment started positive and ended about even, with a dip in the middle part of the season coinciding with the holidays. We can see this season’s dip as the result of when families used to “the way it’s always been” realized this season was different, with long lines and additional changes from the past. They took to social media to vent their frustrations about the reservation process, long lines, and parking. The negatives also likely spiked in response to news reports that then-Vice President Pence would be visiting Vail for the holidays.

Takeaway: Area operators doubled down on communications during the summer and in advance of the season—particularly on pre-arrival communication—and it appears that the investment in communications paid off handsomely. Given how well this worked, operators should continue doing it in the months ahead, particularly if some changes instituted during the 2020-21 ski season are going to be permanent.

It’s important to get the tone right when communicating such things. As Jay Peak GM Steve Wright said during the “Post-pandemic Planning” Huddle in March, “We weren’t marketing, we were just communicating. We wanted to build and nurture relationships, not just create transactions.”

Is Local Here to Stay?

Underscoring what many saw over the winter, both novice and experienced skiers alike opted for trips within a 2–3-hour drive from their home. People who skied locally preferred going on weekdays, especially after work (late-afternoon into early-evenings) with their families. Those who went on weekends tended to go for full-day trips.

People focused on the cost of a season pass to local resorts vs. buying Epic or Ikon, confirming that they enjoyed the flexibility of skiing weekdays closer to home.

Large resorts took more criticism than small ones, with visitors complaining about crowding, except for blackout weekends.

Takeaway: Several factors will influence the extent to which the “ski/ride local” trend continues.

The work-from-home trend seems firmly in place for the near future. KPMG reported that almost a third of employers plan to implement a hybrid model for their staff, while one-fifth aim to hire talent that work remotely most of the time. Those workers then have the ability to move out of traditional urban areas.

While data on mass migrations from cities to rural and recreation areas is decidedly mixed, realtors in rural areas report brisk (if not torrid) sales. We see moves to these areas as a continuing trend among the affluent—indicating a new kind of “local” who can take advantage of weekday and weeknight skiing and snow activities.

This “local” and domestic traffic will be important, but we see travelers looking for greater options in upcoming months—and thus the “local” trend may not be as strong as it was in the 2020-21 season. According to Travel Pulse, consumers are eager to travel: 61 percent feel hopeful about travel in 2021. Of those optimists, 83 percent hope to take two or more domestic trips, and 44 percent plan for two or more international getaways.

For local operators, summer and fall 2021 is a pivotal time to capitalize on local interest. It’s an opportunity to continue this winter’s gains through engaging communications, and reinforcing the memories, good feelings, convenience, and building the local economy. Even though schools will likely be open next winter, providing families with quick ways to fit skiing and snow play in during the week would probably be popular.

Similarly, large and destination resorts should fine-tune the visitor/passholder experience and even readily admit some of the challenges from the previous season. While Covid restrictions will (hopefully) be loosened in the seasons ahead, placing greater emphasis on good flow/capacity management, good communications, and predictability will be key to winning back the disgruntled.

Will Newbies and Novices Be Back?

We specifically designed the project to “listen” for differences in conversations between novices and more experienced skiers. At a superficial level, we didn’t find significant differences between the two, and surprisingly few specific references about snow play and snowshoeing versus downhill or backcountry skiing.

However, later in the season, words like “family,” “adventure,” and “mountain bike” trended. During the same period of the 2019-20 season, words like “winter,” “snowboarding,” and “skiing” trended, indicating that visitors with a broader, more novice-like set of interests were engaged this season.

Takeaway: For a variety of reasons (see the next finding) we believe that all of 2021 will present robust opportunities for operators to turn casual, interested visitors into lifelong fans. How? Through engaging communications in all seasons that include stories of people “like them,” offerings catering to families and non-skiers, and other amenities. The goal is to get them to enjoy the area as a whole, participate in activities, and in general become fans, which is important. Some will become skiers, others won’t. But all can become loyalists.

This is a golden opportunity for ski areas interested in democratizing and broadening their reach.

What Moves the Needle?

While the pattern and range of sentiment and the volume and frequency of mentions remained roughly similar to 2019-20, what was notable was which media drove the number of mentions. In late 2020 and through early 2021, the majority of mentions were driven by general, non-ski-specific media such as Travel and Leisure, general and regional news, Facebook, and Twitter. For much of 2020, the majority of the conversations were driven by snowboarding- and ski-specific forums.

This also led to a shift in who was doing the “speaking.” During the first look-back period (October 2019-October 2020), men accounted for an astounding 67 percent of the mentions. In the November 2020-February 2021 look back, that number slipped to 58 percent.

Takeaway: This shift to more general media and platforms indicates that there has been increased interest in skiing on the part of non-traditional winter enthusiasts, who turned to more mainstream, general sources for initial advice.

Ski area and resort operators should leverage this opportunity through public/media relations, amplification through mainstream social channels, and broader advertising in lifestyle channels on an expanded regional basis. Consider broadening social reach to include TikTok and Snapchat if you haven’t already.

Enthusiasts already know what you are and how to get information on what you offer, but the general public—an engine of future growth and innovation—does not. The opportunity to build awareness more broadly—while outdoor is still a “hot” category and top of mind to many—represents a remarkable opportunity to broaden reach.

The pandemic may have taken much. However, it also represents a golden, short-term opportunity for operators to make the changes they want at a time the audience is still receptive and adaptable, and to build stronger bonds with audiences.

But it’s only a golden opportunity if it’s taken! Seize the day, we say.