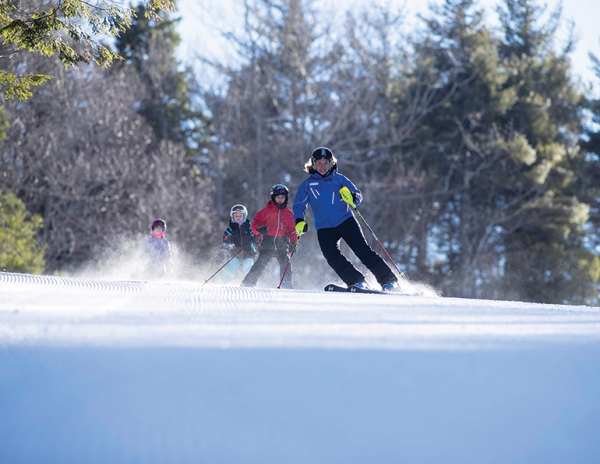 After-school ski programs have been bedrock drivers of attendance at ski areas for generations, not to mention fertile ground for developing lifelong snowsports lovers. The Covid-19 pandemic idled many of the familiar school buses delivering elementary, middle, and high-school students to the slopes last season, but some programs will emerge stronger and more efficient than ever in 2021.

Some changes, like smaller groups for ski lessons and fewer school groups hitting the slopes on the same day and time, had benefits for guests and operators alike. Others, such as the need to spread programs across more days of the week and to different hours of the day, required adjustments to long-standing habits. In the end, however, the overwhelming desire to get kids out of the house and doing something active amid the pandemic overwhelmed most objections.

As the coronavirus began its deadly march around the globe in early 2020, schools quickly emerged as a focus of concern about disease transmission. Despite relatively low symptomatic Covid-19 infection rates among school-age children, health and political leaders in the U.S. and in many other countries made the decision to halt in-person learning and extracurricular school activities.

For ski areas with extensive school programs, that spelled potential for disaster. “On July 1, we were terrified we wouldn’t have a season,” says Rick Schmitz, owner of Wisconsin’s Little Switzerland, Nordic Mountain, and The Rock Snowpark ski areas.

As it turned out, however, ski areas’ school programs were able to survive—and, in some cases, thrive—even in the face of Covid-19 lockdowns and virtual learning. “By fall, we saw the potential that we would be very busy,” Schmitz says.

Segmenting and pricing incentives. In Wisconsin, “most schools didn’t close, but busing was a huge fear that cut into demand,” says Schmitz. In response to the pandemic, Schmitz cut overall capacity at Little Switzerland and its sister resorts by 50 percent and established three daily skier sessions to keep crowding to a minimum. The resorts’ four-week school programs were also capped and spread out over more nights of the week. Schools were offered program slots on a first-come, first-served basis, with lower rates for Tuesday, Wednesday, and Thursday nights and a premium charge for more popular Friday night slots.

“We still did group lessons, with the same number of instructors but fewer numbers in groups,” says Schmitz—another benefit of having fewer students on the mountain overall on a given night.

“We learned a lot that will make operations more efficient for us,” even as capacity rises closer to normal limits this coming season, says Schmitz. “We expect group demand to be back to where it was before, but we’re hoping to spread them out more with pricing and other incentives.”

Pods and capacity limitations. At New Hampshire’s Pats Peak, school groups account for approximately 15-20 percent of overall revenues, but group business at the ski area was off 40 percent last year due to the pandemic. “Normally we’d have 65 school buses in our lot; this season, we would joke, ‘What is that yellow thing out there?’” says general manager Kris Blomback.

To comply with social distancing rules, Pats Peak kept school groups in pods, limited class sizes, and didn’t combine different schools to prevent mingling. “Some groups requested their own lodge space for the day, and even had dedicated bathrooms,” he says.

Like Little Switzerland, Pats Peak expanded the number of nights when schools could bring groups in and used pricing as an incentive for them to book less popular time slots. That structure is likely to remain in place going forward, as will other innovations such as online sign-ups for school programs.

Labor concerns. Looking forward to the 2021-22 season, Blomback is less concerned about the groups coming back than how to find enough ski instructors in a very tough New Hampshire labor market. “If school programs rebound, we will have some sleepless nights about how we will service that,” he says.

Covid-related restrictions varied widely by region and state in the U.S., but even the toughest measures paled in comparison to the rules put in place in some other countries. Canada, for example, closed nearly all public schools for six months in response to the pandemic and limited travel both internationally and from province to province, enlisting police to enforce strict stay-at-home orders.

“Last January, we had to close our ski schools for a month,” says Quebec Ski Areas Association (ASSQ) president Yves Juneau. “When we reopened, we switched to private lessons and smaller groups, which saved our ski school business.”

Strong domestic demand. The ban on school group outings in Quebec forced several ski and ride programs to be suspended for the winter, including ASSQ’s Mysnow Experience, a free program for school kids ages 5-8 held in various urban parks in Quebec. School programs at individual ski areas were also cancelled.

With many programs paid for in advance, Quebec ski areas offered parents the option of getting a refund of program fees, but fewer than 20 percent did so, with the remainder choosing to apply the funds to private ski lessons for their children or defer to the 2021-22 ski season. 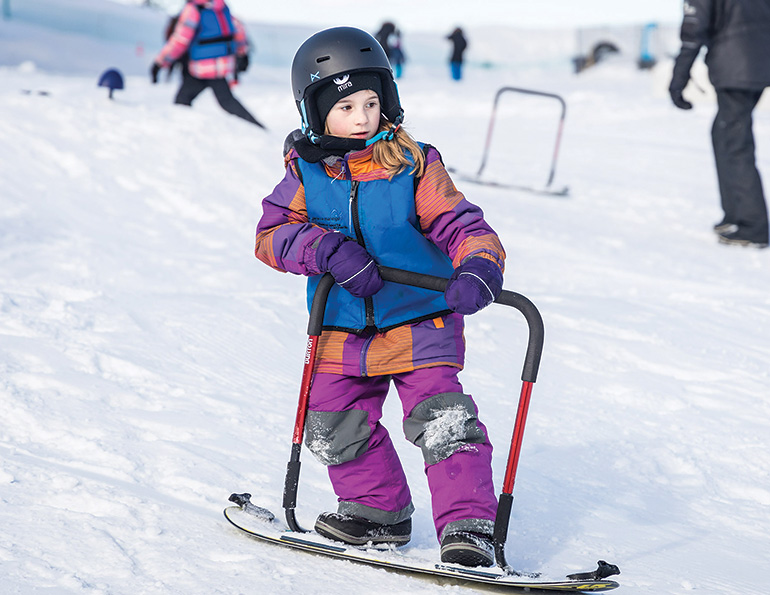 When group lessons were allowed starting in February, group sizes were limited to eight students per instructor to comply with Covid-19 safety rules, says Juneau, and lesson times were spread out across the ski day to manage demand and instructor availability.

School groups were prohibited from crossing the border to take part in programs offered by northern New England ski areas like Sugarbush and Jay Peak in Vermont and Sunday River in Maine.

Despite lingering uncertainty about U.S.-Canada travel restrictions (as of early August, Canada’s border was open to American tourists but the reverse was not true), Quebec tour companies—which facilitate transportation for many school groups, notably overnight high-school programs—are anticipating a return to normal in the coming season. “The pace of booking for next winter is as good as for years prior to Covid,” says Juneau.

Lockdown precipitates busy school holiday. New Zealand has been hailed as one of the world’s great success stories in the fight against Covid-19: The dual-island nation of 4.9 million people had reported just 26 Covid-related deaths at press time. Key to New Zealand’s strategy was closing its borders and a nationwide lockdown, which effectively confined residents to their homes from March to May 2020.

And that was just Level 2 of the nation’s five-tiered Covid emergency response scheme. “At Level 3, we would not have been able to open,” says Fiona Boyer, general manager–customer at NZSki, which owns and operates Coronet Peak, The Remarkables, and Mt. Hutt in New Zealand.

Fortunately for NZSki, it never came to Level 3 during winter 2020, and the resorts—which welcome more than 25,000 students on school programs each season—were able to continue operating, including through the busy July school holiday period.

“After five weeks of one of the toughest lockdowns in the world, everyone was looking to ski,” says Boyer, particularly kids cooped up at home for weeks in the fall. “The local school program really changed due to Covid—there was a lot of concern coming out of the lockdown about how local schools would make it work.”

Transportation solutions. Once lockdown lifted, transportation for school groups to NZSki’s three resorts emerged as an immediate concern. Fortunately, the ski areas have a fleet of four-wheel-drive buses that were used to transport students from school to skiing, with Covid-mandated spacing between seats. About a third of schools were able to continue using their own buses. 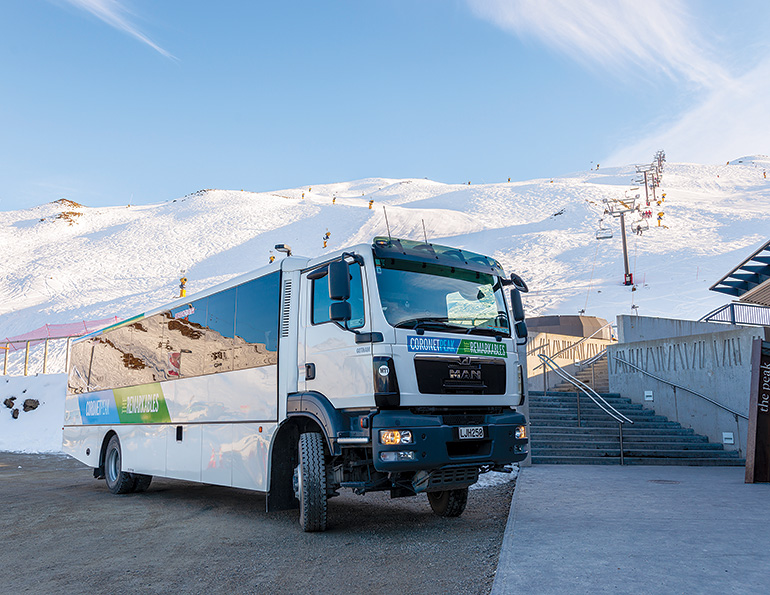 During the 2020 season, NZSki mobilized its own fleet of four-wheel-drive buses to safely transport school groups to and from its three mountains, including Coronet Peak (pictured here).

High-value experience. Once at the mountain, school groups found a program significantly different than it was a year earlier. Previously, the group program was run for an hour and a half in the middle of the day for five weeks, which Boyer acknowledges was a “choppy experience with different coaches.”

“We changed to a high-value experience during Covid: a three-day camp, run three days in a row with the same coach and more extensive instruction,” she says. Lesson periods were increased to three-and-a-half hours daily.

Temporary and permanent changes.During the winter of 2020, NZSki implemented a series of strict Covid-19 protocols for its school group program. Instructors were prohibited from carrying or even touching children, for example, and students were limited to 25-minute shifts in the lodge for lunch, with sanitization taking place between groups. While NZSki’s resorts remain ready to return to those operating protocols, the relatively contained situation in New Zealand—there was no community outbreak at press time—allowed NZSki to drop such restrictive measures for the 2021 winter season. Other program adjustments born from the 2020 season have had greater longevity, though.

NZSki continues to allow parents to book group programs directly rather than through the school, as they began to do during the pandemic, says Boyer. “It took away risk from the schools, created a cleaner process, and established more trust and a better relationship” between parents and the ski areas, she says. Direct booking has also proven to be more efficient: “Programs have been completely full by April rather than schools dragging along,” Boyer says.

The new instruction format is also a permanent change. “We learned that New Zealand is not out for low-budget but rather high-value experiences,” Boyer says, adding that the changes to the school group programs prove that they “can be part of a value experience.”

Rather than being resistant to the changes as they emerged from lockdown, parents and students “came to the mountain incredibly appreciative that they were able to ski and ride,” says Boyer.

“Be brave and realize that you do make a difference in people’s lives,” Boyer advises other operators looking to bring back school programs after Covid-19. “The pandemic gave us an opportunity to lift up all of our experiences.”