For year two of the SAM Summit Series, we were very fortunate to have ten up-and-coming leaders in the mountain resort industry as our mentees. These mentees either applied or were nominated to participate in the program. 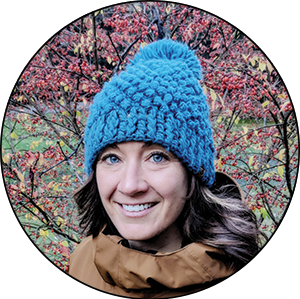 Christina is a snowboarder, mountain biker, and horseman with a passionate commitment to outdoor education. She holds a Bachelor of Science in animal science from the University of Rhode Island and a Master of Arts in education, with a focus on curriculum and instructional methods, from Castleton University. She began her career in 2001 at Killington, Vt., as a snowboard instructor. During her tenure, she rose through the ranks in the Snowsports School, serving as team leader, children’s programs supervisor, and then children’s programs director. In 2017, Christina joined the team at Vermont’s Woodstock Inn & Resort and Suicide Six Ski Area as the sports programming director. She was recently appointed as the director of outdoor recreation, events and partnerships, managing all aspects of the Snowsports School and tickets and guest service operations, as well as winter and summer programming, camps and special events. Also a certified mountain bike instructor and racer, Christina helped conceptualize, open, manage, and develop programming for Suicide Six’s new bike park. Off the mountain, she is a master certified horseback riding instructor, and operates Epic Life Fitness, LLC, specializing in sport-specific training for skiers, riders, and cyclists. 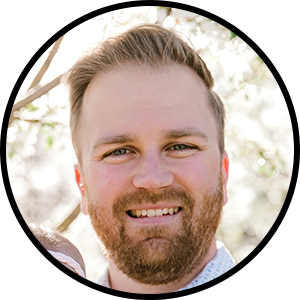 Colin was born in New York and first experienced a mountain resort in summer, downhill mountain biking at Killington, Vt. He moved to the Denver area when he was 12 years old, where he was introduced to skiing and was immediately hooked. After graduating from the University of Northern Colorado, he found a career as a claims adjuster. Five years ago, his love of skiing and mountain biking led him to his current role with Vail Resorts as a claims manager. His passion for the ski industry motivated him to enroll in the Ski Area Management Program at Colorado State University, which he completed in 2017. He looks forward to deepening his understanding of the ski industry by participating in the Summit Series program. 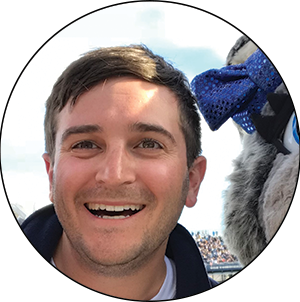 Eric grew up in Newton, Mass., and learned to crash gates at Blue Hills Boston. He visited nearly all of New England’s ski areas and resorts by age 13. At 15, Eric was working as a junior instructor at Pats Peak, N.H. After moving west, he earned a bachelor’s degree in business administration and recreation with an emphasis on ski and resort management at Western State Colorado University. At Western, his professors elaborated on the definition of “recreation” and how it improves and empowers society, which solidified his desire to work in the ski industry. After school, Eric moved to New Zealand and worked in the guest services and ticketing department for NZSki.com, operators of Mt. Hutt, Coronet Peak, and The Remarkables. Eventually, Eric landed at Mammoth Mountain, Calif., where he held roles in hospitality, sales and marketing, and business operations. Now he works with the Incline Village General Improvement District located in North Lake Tahoe where he manages group and corporate sales for Diamond Peak Ski Resort. Eric is working on completing his MBA from University of Nevada – Reno. He and his wife Danielle live in Sparks, Nev., with their 4-year-old beagle, Dax. 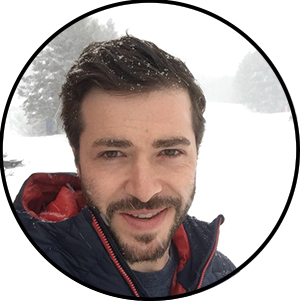 Having grown up skiing and riding at Windham Mountain, N.Y., Greg Valerio developed a connection to nature and a passion for snowsports early in his childhood. After high school he moved to the Sierras where he studied snowsports safety and marketing. He spent time in the Swiss Alps and Northern Norway before moving to Hawaii for two years where he worked in the surfing industry. He decided to move back to Windham to transition into the ski industry professionally and give back to the place that gave him so much when he was growing up. Greg now supervises the Windham Mountain Sports shop in winter, and supervises Windham’s bike park the rest of the year. He is a firm believer that if approached in the right way, mountain biking can grow to be as popular and safe as snowsports, and he has led successful marketing initiatives to draw awareness and attract newcomers to mountain biking. In total, Greg has worked in the mountain resort industry for more than 15 years, and he was profiled as a SAM “10 Under 30” in the July 2018 issue of SAM. 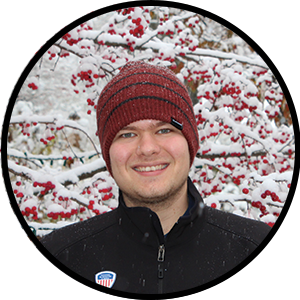 Raised in southern Indiana, Hunter fell in love with skiing at age 15 at Paoli Peaks, where he learned from his grandfather and a close group of family friends—who were also PSIA instructors. By age 18, he began teaching at Paoli Peaks and joined PSIA. While in college, Hunter was hired on as a full-time instructor by Paoli Peaks snowsports director Roy Inglis, who became a mentor early on. Soon, Hunter was coordinating school programs and became the department head for group sales at Paoli Peaks, all the while advancing his skiing by traveling to various PSIA events before and after the three-month Indiana ski season. At a PSIA clinic in December 2016, he met Chris MacInnes, co-owner and president of Crystal Mountain, Mich. In July 2018, shortly after graduating with a business degree, Hunter became the snowsports sales manager at Crystal Mountain, where he is in charge of pricing, developing, and selling ski group programs, in addition to being the resort’s liaison for ski shops, recreational businesses, etc., while still teaching and training with PSIA. Skiing in the Midwest will always be an area of interest for him. 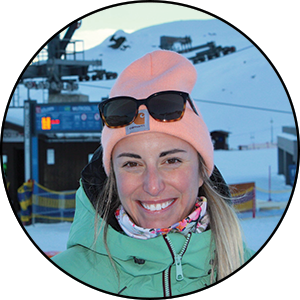 Katie started working in the ski industry as a part-time snowboard instructor at Mt. La Crosse in La Crosse, Wis., during college. It was there she first realized her passion for teaching snowsports. Katie then began working full time as a children’s specialist instructor at the Yellowstone Club in Big Sky, Mont., where she’s been for the last six years and is currently the children’s specialist supervisor, overseeing a staff of about 110 instructors. She has spent the past five summers working in Portillo, Chile as a ski instructor. She holds a bachelor’s degree in exercise and sport science, is a PSIA clinician, PSIA Children’s Specialist 1 and Freestyle 1, AASI Snowboard Level 1, USSA 100, and PSIA NRM board member. When she is not skiing, she loves surfing, wakeboarding, and kite boarding. 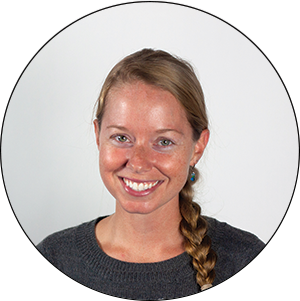 Meghan was born and raised in Connecticut, and grew up traveling to Mount Snow, Vt., with her family on weekends in winter. At age 15, recreation turned to work when she started as a weekend ski instructor. Meghan continued to teach skiing at Mount Snow through high school and during college breaks. She studied French and pre-dentistry at Roanoke College in Virginia, but returned to Mount Snow after graduation to work full time at the ski and snowboard school as a supervisor. She also held roles in retail and in summer programs at Mount Snow before finding her niche in marketing, where she started as the marketing administrator in 2015. She was promoted to the role of marketing manager in 2017. When she’s not correcting grammar, making sure people recycle, or worrying about Mount Snow’s brand, you’ll find her skiing, snowboarding, paddleboarding, or on a plane to somewhere sunny. 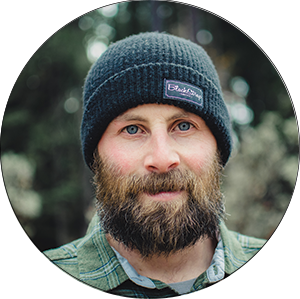 Parker started skiing at the Gilford Outing club in New Hampshire at age 3, and then headed down the street to Gunstock Mountain Resort where he grew up ski racing at the Gunstock Ski Club. He worked for three years as a lift attendant at Gunstock before moving west and finding a home at Mt. Ashland Ski Area in southern Oregon where he started snowboarding. Parker started as a lift attendant at Mt. Ashland and soon moved into lift maintenance where he learned how the bullwheel turns and that not everyone has a Doppelmayr. He then moved to Portland, Ore., to be at Mt hood, and after three years of working at a bar at night and skiing all day, Parker moved back to Mt. Ashland to work in the terrain park. He then took over the terrain park supervisor position while still working for lift maintenance. This double duty involved projects such as installing a new haul rope on a 1964 center-post Riblet in 2016 while also putting on rail jams, hosting private photoshoots and other terrain park events throughout the winter. Since then, Parker has worked in almost every department at Mt. Ashland, including bar and grill, retail, parking, grooming, and now also serves as a wedding coordinator for the mountain in the summer. He has attended PNSAA conferences for the last five years and has also gone to Cutters Camp in 2016. 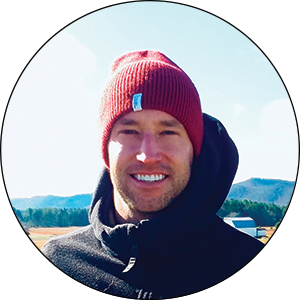 Rick Herlihy began his ski industry in 2016 as a financial analyst for Snowshoe Mountain in West Virginia. This past summer, he was elevated to the role of revenue manager for Snowshoe. Rick was raised in Syracuse, N.Y., where he started skiing at the age of 3 and later picked up snowboarding at the age of 8. He is a graduate of Fairfield University where he majored in finance and played NCAA Division I lacrosse. After graduating college, Rick worked in investment banking for several years. His passion for skiing and snowboarding drove him to pursue a career combining his love for finance within the ski resort industry. 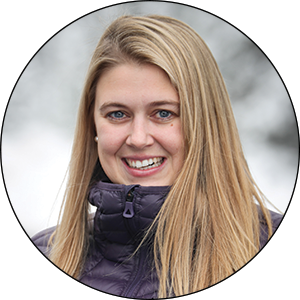 Tess grew up skiing at Killington, Vt., and worked as a ski instructor during high school before heading off to the University of Vermont where she co-founded the Freestyle Ski Team and competed nationally. Upon graduation, she returned to Killington and started her professional career in events and sponsorship, which included working on the Dew Tour and Rails 2 Riches, before taking on the role of action sports marketing manager. The lure of West Coast skiing brought her to Tahoe, where she became the marketing and PR manager for Boreal, Woodward Tahoe and Soda Springs. Currently, Tess is the assistant director of marketing at Snowbird where she loves experiencing The Greatest Snow on Earth™ daily. She has recently discovered all the joys of urban living in Salt Lake City, loves to travel and enjoys exploring the Wasatch Mountains with her yellow lab, Sierra. Tess, a 2014 SAM “10 Under 30,” is thrilled to participate in the Summit Series.