Thank you to everyone who applied and nominated potential mentees into the Summit Series program. We have a wonderful group of mentees participating in year three of the program. 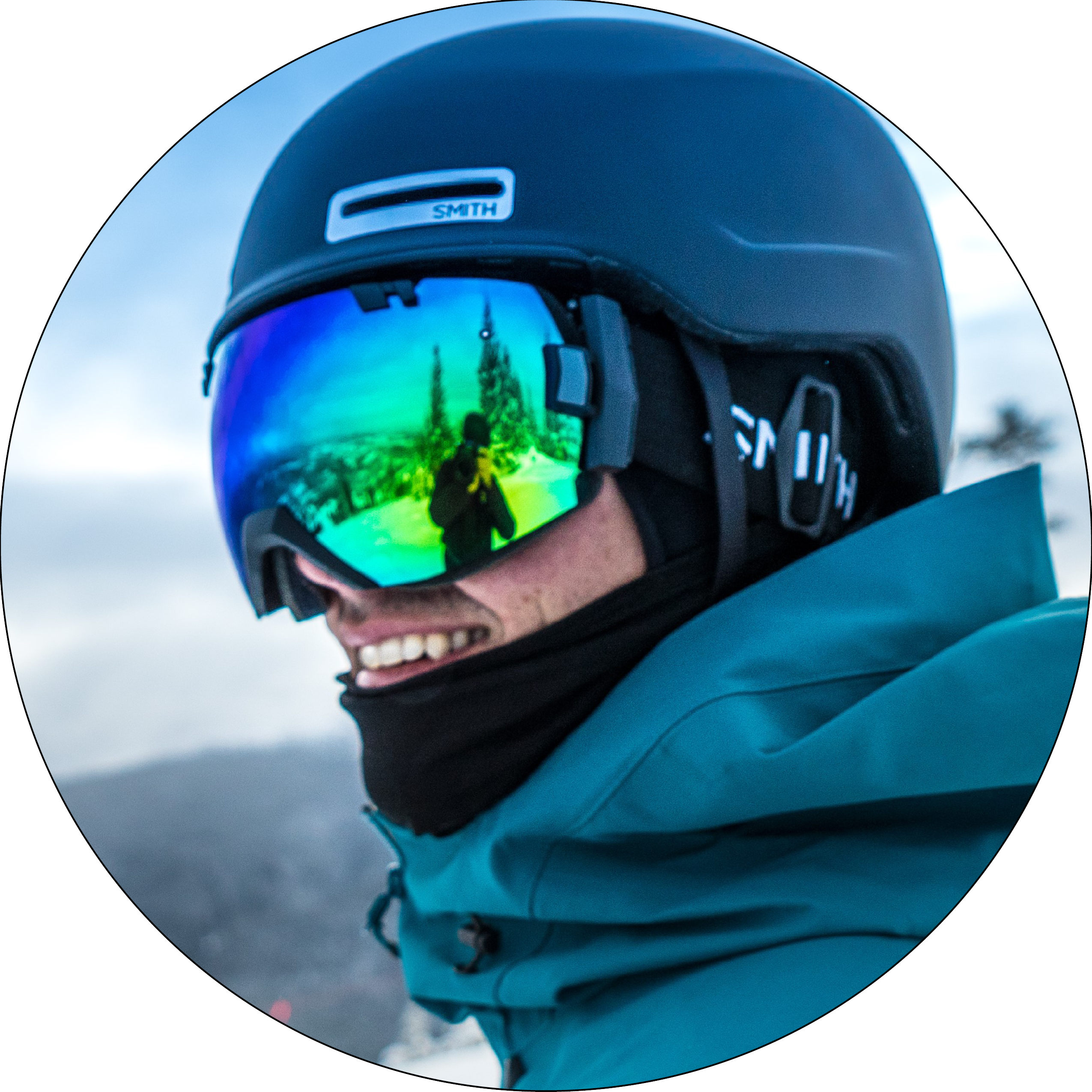 Mark Adamczyk left the East Coast to take a position as a lift operator in the fall of 2006 at Winter Park Resort in Colorado. The plan was to spend one season out west and return to Philadelphia for a “real job.” After thirteen years at Winter Park Resort, though, Mark knows there are plenty of real jobs in the mountains. He worked as a lift operations manager for seven seasons before becoming director of lift and summer operations in 2015. After three seasons in that role, Mark was tapped to lead the new Outdoor Adventure division at Winter Park Resort with a focus on summer operations and providing guests with experiences outside of typical resort offerings year round. He says he looks forward to gaining insights from participating in the Summit Series that will help him grow this new venture. Whether it’s on skis or on a bike, Mark loves to be on the trail, either in Winter Park, or camping around the west with his wife Taryn, son Jack and two pups Dottie and Estelle. 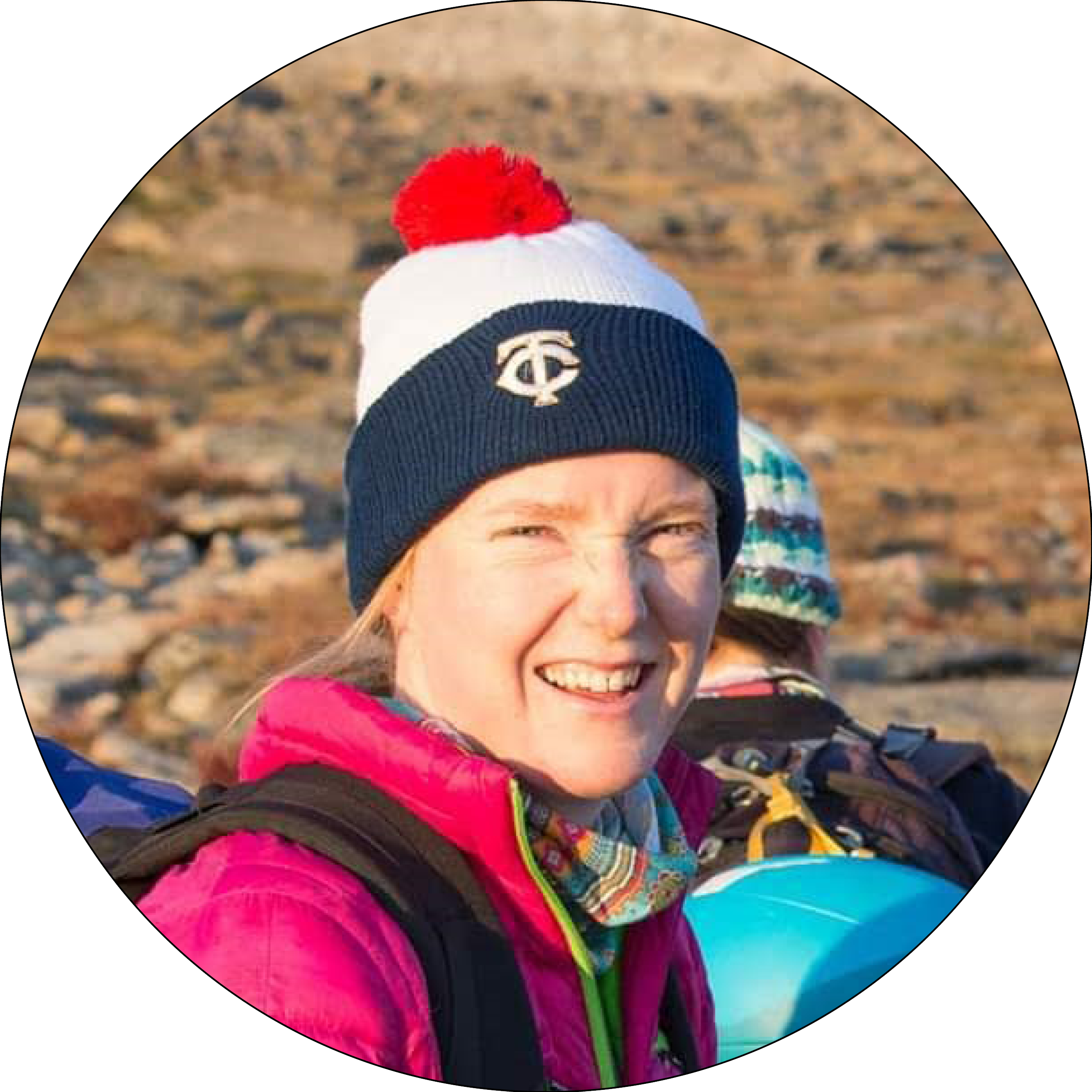 Before she started in her role as director of programming & hill operations at the non-profit Mount Ski Gull in Minnesota, Mata Agre was teaching outdoor education while finishing grad school. She holds an M.S. in athletic leadership from Castleton University, and a B.A. in exercise science and business management from Gustavus Adolphus College. As an undergrad, Mata was a multi-sport student athlete. She served as team captain of the varsity women’s cross-country team, was an all-conference selection on the women’s varsity track and field team, and also competed on the women’s varsity Nordic ski team. She’s been at Mount Ski Gull for more than a year, where she wears many hats and is responsible for overseeing day-to-day operations. Mata is an avid fan of the outdoors who enjoys alpine skiing as much as Nordic, and is also a marathon runner with Ironman aspirations.

Joey grew up ski racing and working at Pats Peak, N.H., before heading off to college at the University of Maine-Farmington. While attending UMF as a ski industries program student he worked at Sugarloaf, and completed his PSIA level 3 certification. Upon graduation, Joey moved to Copper, Colo., where he started as an instructor in his first season before he was promoted to supervisor. While at Copper, Joey ran the Scooters youth program, which has more than 600 participants, and later managed the Woodward Copper ski & snowboard summer camp. Seeking new challenges, Joey accepted a job at Boreal, Woodward Tahoe, and Soda Springs in California. While there he also became an examiner on the PSIA-W education staff. Currently, Joey is the youth sports manager at Killington, overseeing youth snowsports programs, mountain bike school & camps, Woodward resort integration, and is a member if the PSIA-E education staff. 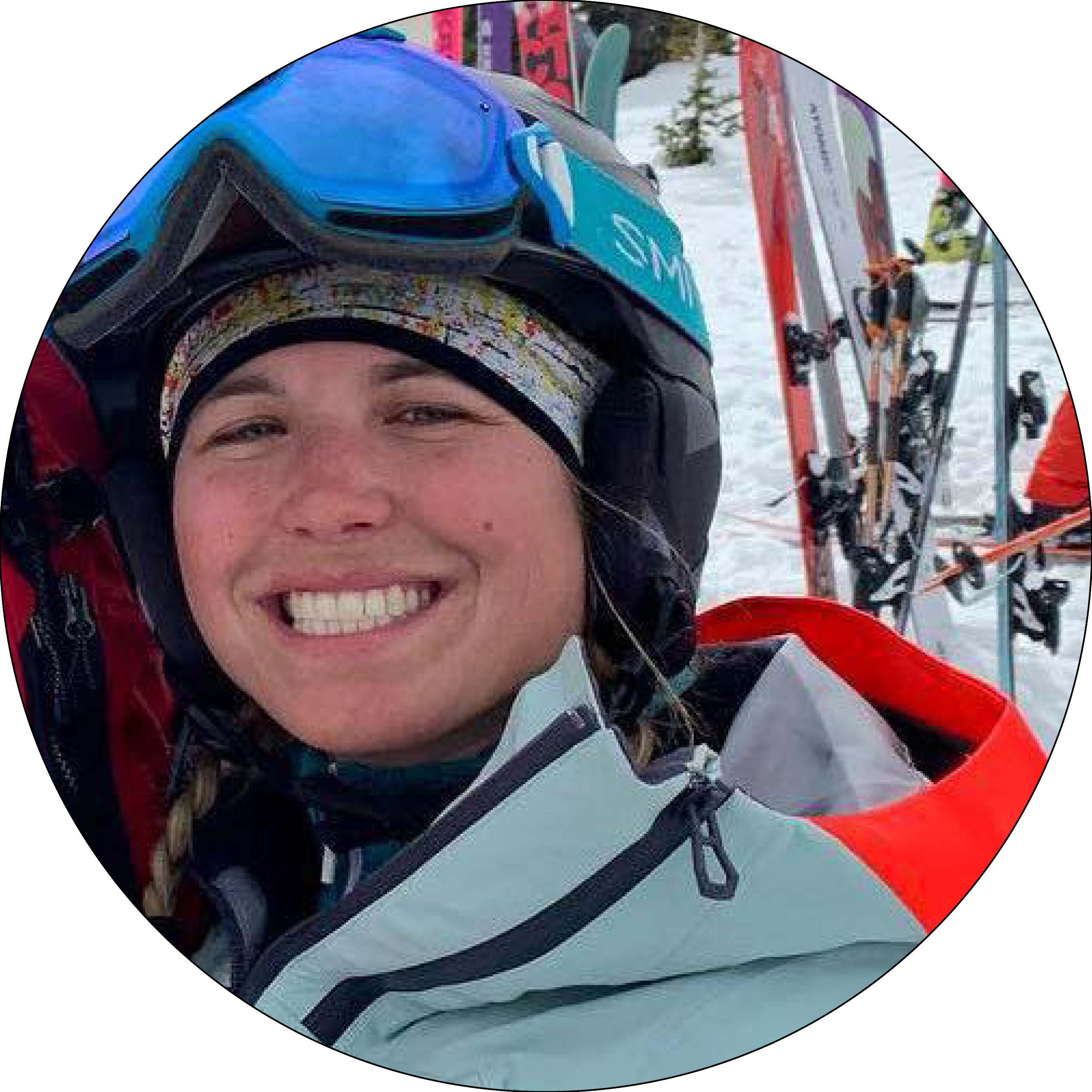 Megan Collins is a passionate, bubbly, and energetic person that loves to "talk shop.” Growing up near Utah’s Wasatch Mountains with a father who worked in the ski industry, her love for the sport and the industry started at a young age. While she was in college studying to become a math teacher, she realized early on that she’d rather be in the ski industry. So, Megan finished her degree at the University of Colorado, but spent her free time cultivating snowsports industry connections. Her career began with an internship at Colorado Ski Country USA. Megan then spent three years in marketing at Crested Butte Mountain Resort before moving back home to Utah in 2016 to become the communications coordinator at Snowbasin. She was promoted to her current role of communications and event specialist in May 2019. 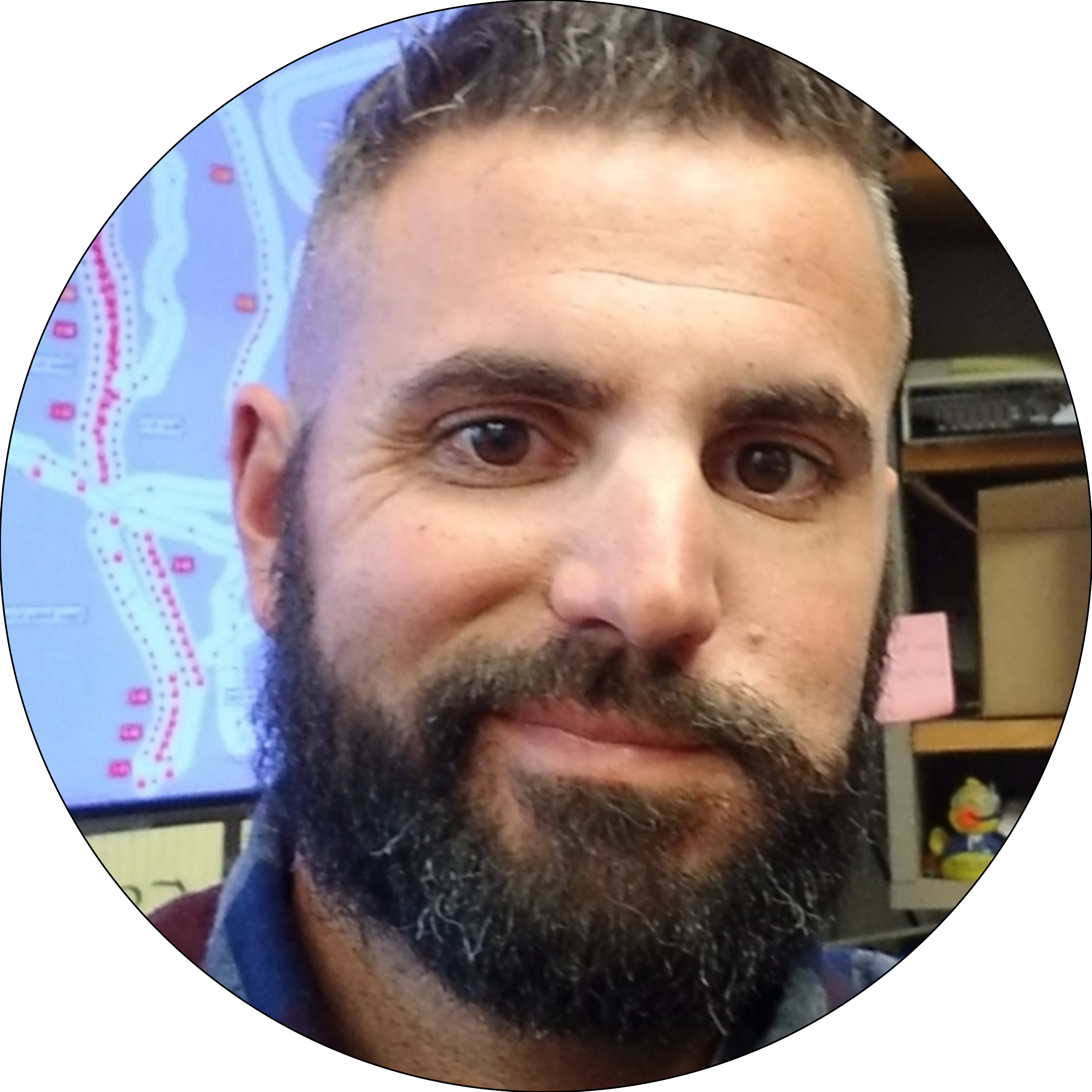 When Nick Delich was 12, his parents first took him up to Blue Mountain to “give skiing a try,” and everything about the experience was exhilarating. At age 16, he was overly excited to start working in the industry, which he did for the next three years at Blue, taking on as many mountain operations shifts as he could and learning from the full timers he came to respect. Upon graduating high school, Nick enlisted in the United States Navy and became a construction electrician in the Seabees. After serving five years with honor, he came back to Blue Mountain and worked in mountain operations, while also attending Penn State. His knowledge in the electrical field helped to quickly adapt to the mountain operations department and the automated snowmaking system. In 2016, Nick took the position of east coast service technician for TechnoAlpin and visited resorts all over the country. This experience helped him learn from other professionals and also see how other mountain operations ran. After leaving TechnoAlpin, he returned home to Blue Mountain, where he now serves as snowmaking director. 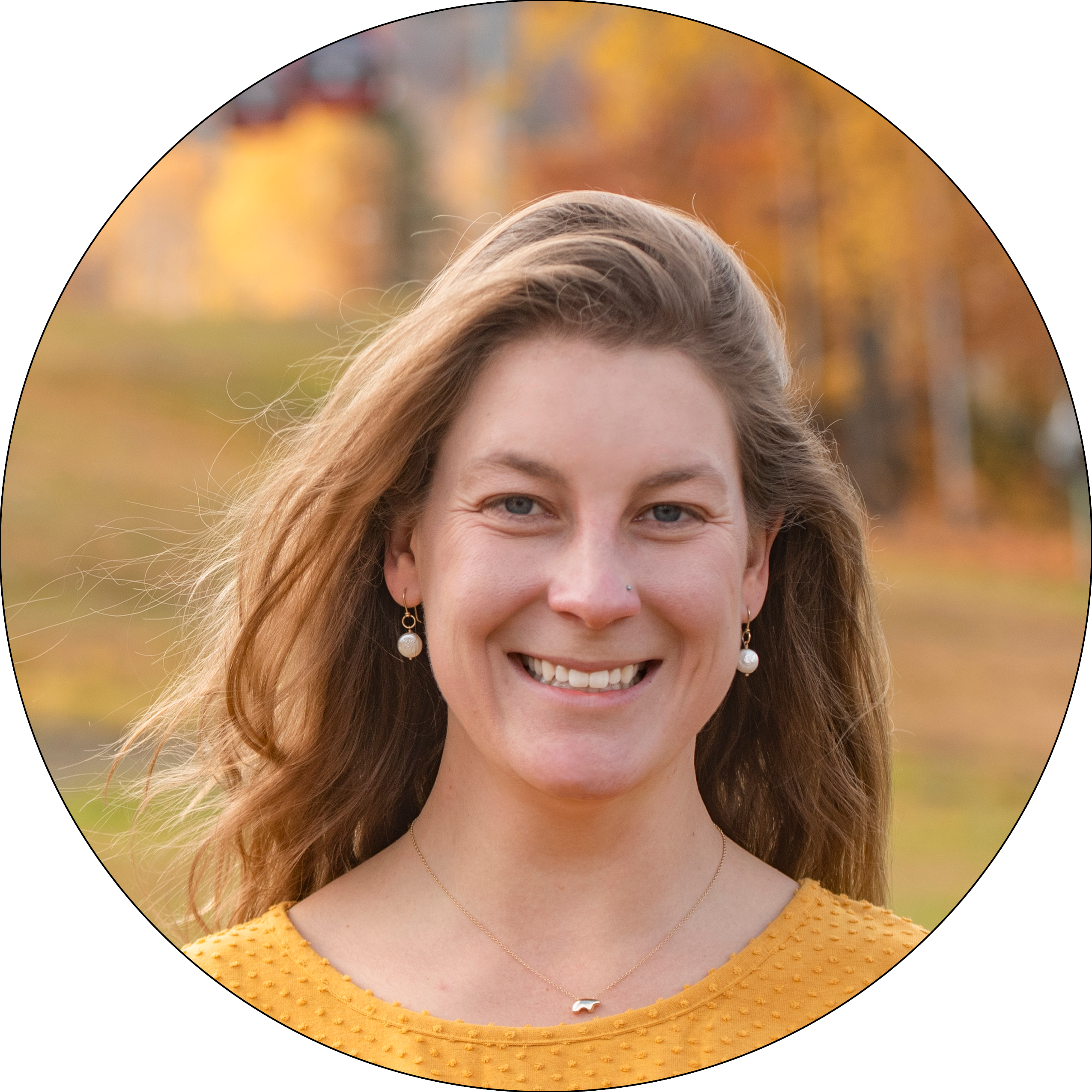 Alex is a passionate outdoorswoman who is always looking for opportunities to share outdoor experiences with others. She first learned to ski at age three at Sunday River in Maine, where she currently works as a group coordination manager. Alex has also worked as a ski instructor at Jackson Hole Mountain Resort and a raft guide on the Penobscot River in Maine. She grew up in Brookline, Mass., and moved out west in 2011 to attend Colorado College, where she majored in environmental policy. Alex is interested in corporate sustainability, and aspires to make resorts more sustainable while inspiring environmental stewardship in guests through positive on-mountain experiences. When she is not on skis, she can be found cruising the single track on her mountain bike, road running, floating down the river, or trying to sample every coffee roaster in the state. 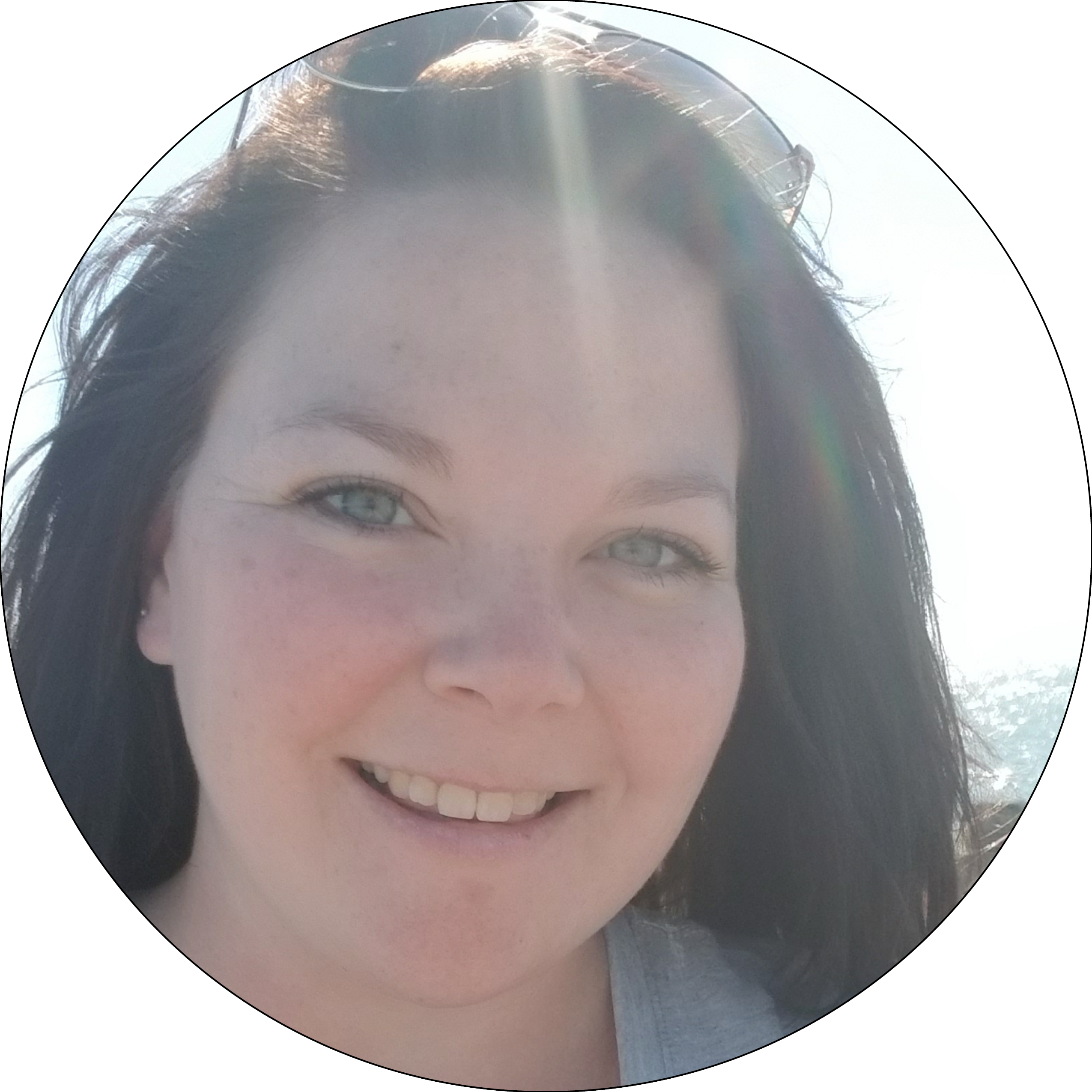 Nicole Gebhart was born and raised in the Blue Ridge Mountains of Virginia, where she first learned to ski. While attending high school and college, she worked in rentals, ticket sales, and in the spa at Wintergreen Resort, just 10 miles from home. After graduating from Radford University in 2014 with a Bachelor’s in management, Nicole took a chance and moved to New Mexico for a seasonal job at Taos Ski Valley. She started as support staff at the Children’s Center working directly with students in the ski school and lending a hand where needed. She worked her way up to become snowsports administrative manager and currently oversees the administrative and financial side of the snowsports department, as well as the onboarding and daily timekeeping for 250 employees. In addition to the many hats she wears in the snowsports department, Nicole has played a key role in coordinating and launching Taos Air—a new direct air service from Texas to Taos. 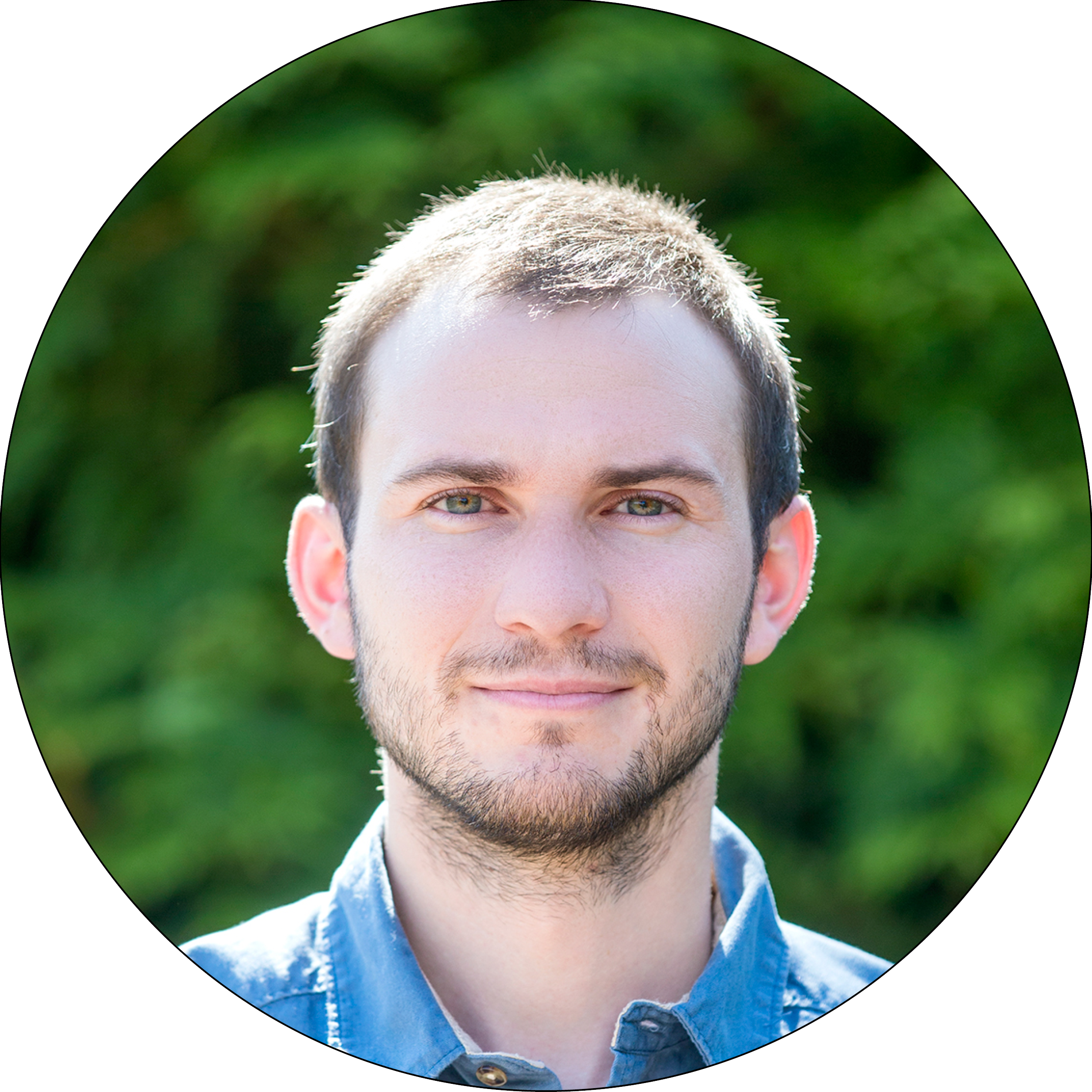 A lifelong skier and New Jersey native, Evan learned to ski in Vermont at Ascutney Mountain and spent most of his youth skiing the Green and White Mountains of New England. When he’s not skiing or working, Evan can usually be found riding downhill at Mountain Creek Bike Park, flexing his amateur contractor skills around his house, or hiking somewhere in the woods along the Appalachian Trail with his German Shepherd, Mia. His passion for skiing and the outdoors led him to start working at Mountain Creek while in college and has since worked in a variety of roles at the resort, primarily in the finance, sales, lodging and marketing. Evan currently serves as the director of marketing & sales, sits on the resort’s senior leadership team, and chairs the Environmental Stewardship Committee at the resort. He has also been a driving force in helping to build Mountain Creek’s team culture, spearheading “Wiffle Ball Wednesdays” and “Frisbee Fridays” as a rallying opportunity for light-hearted fun and cross-departmental camaraderie. 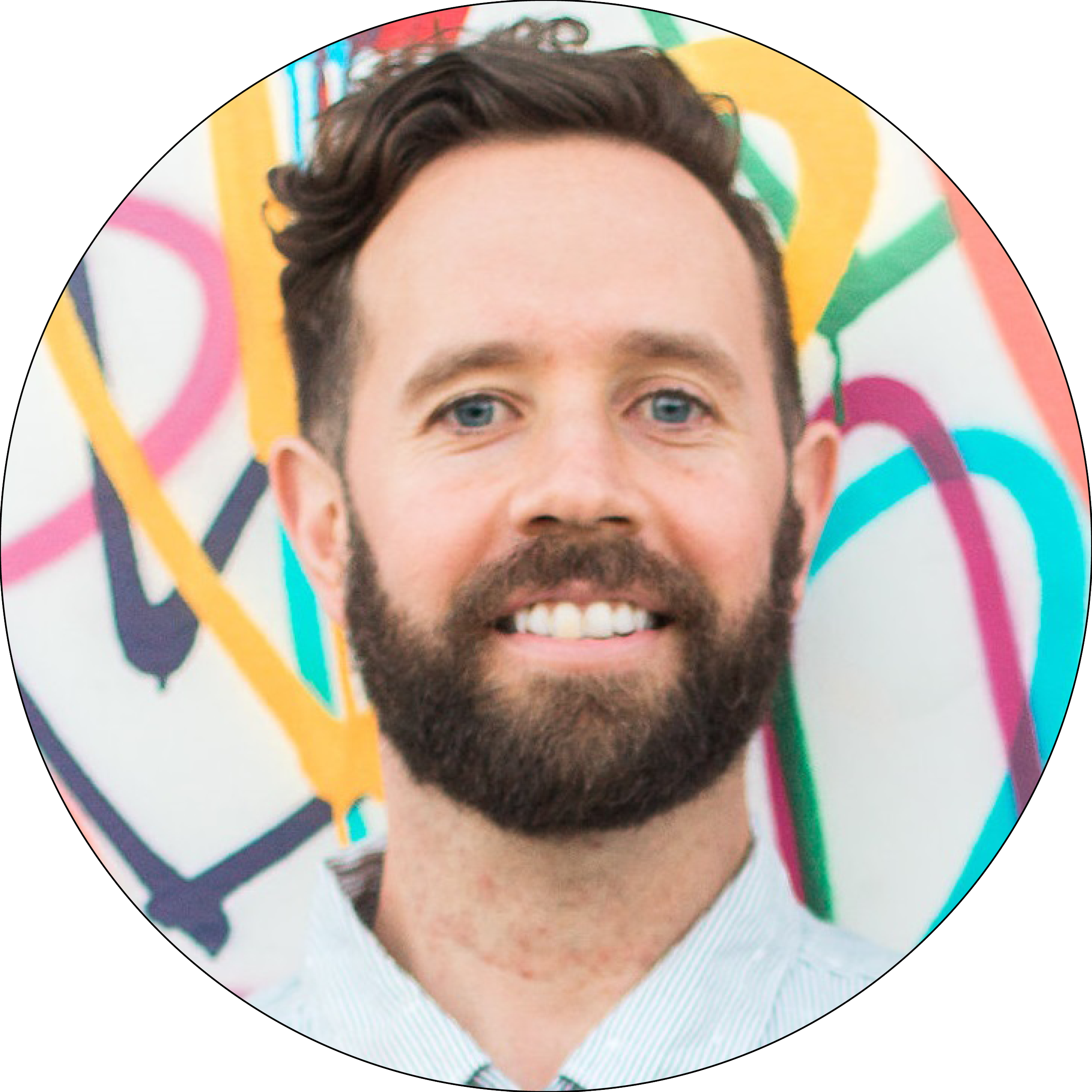 Stephen Remillard was born in Northern California and raised in Upstate New York. He returned to Cali for college, when he studied business at San Francisco State University. After college, Stephen got his first taste of working in the ski industry when he landed a job in reservations and guest services at Steamboat Resort in Colorado. After one season, he knew the ski industry was where he wanted to continue his career, but first chose to attend graduate school to study international hospitality and tourism management at Auckland University of Technology in New Zealand, where he graduated with honors. He returned to California to work for a start up that operated in the live entertainment and professional sport space until he got an offer to work for Mammoth Mountain that he could not pass up. Four years later, Stephen is the senior national sales manager at Mammoth, responsible for managing group business in a variety of segments and also developing new innovative marketing and advertising strategies for all group sales. Stephen enjoys an active outdoor lifestyle, traveling around the world with his wife, and working to restore his 1976 International Harvester Scout II. 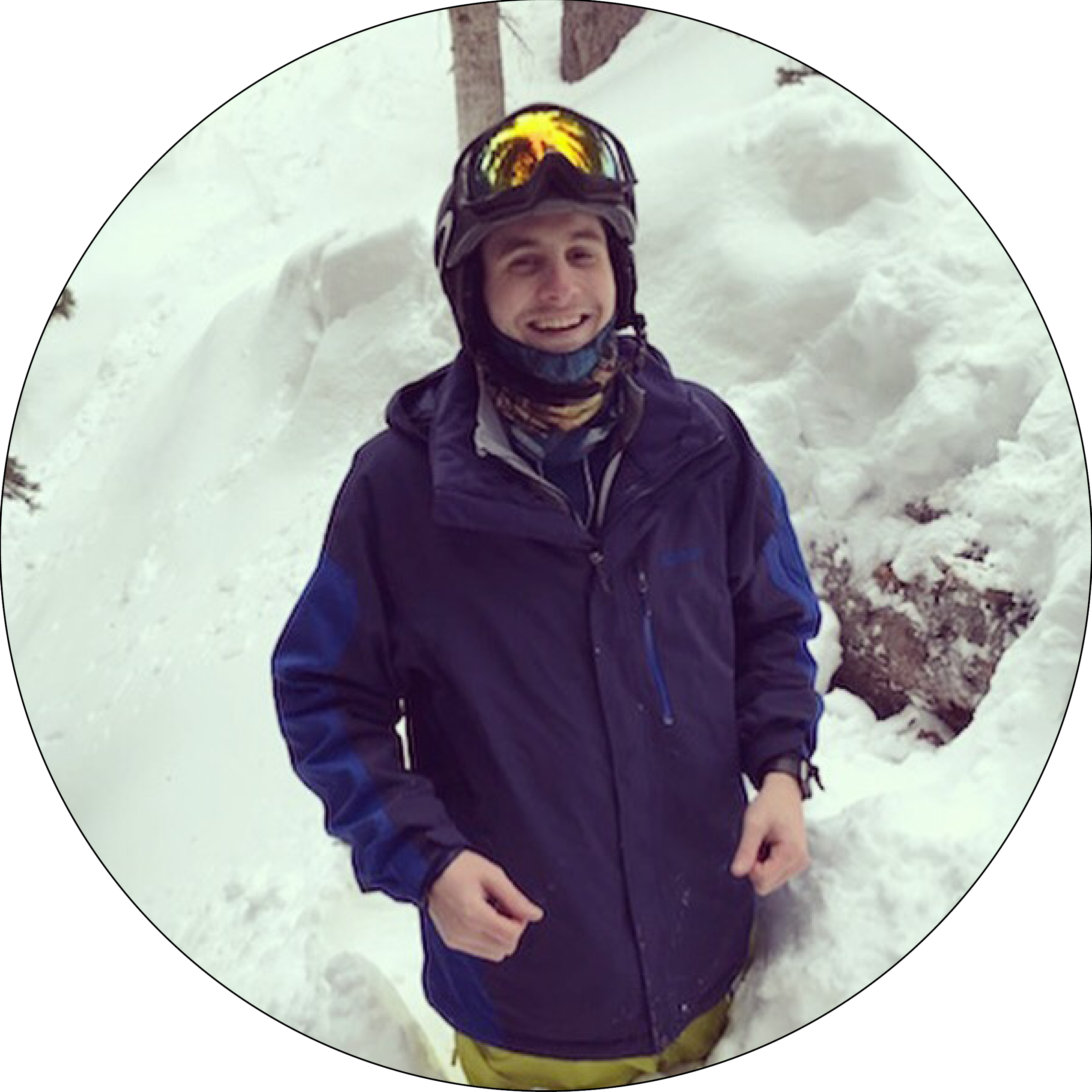 Tom Royther is a Chicago native who learned to ski when he was three years old at Wilmot Ski Area in Wisconsin before moving to Charlotte, N.C., where mountains are scarce. The desire to work in the ski industry never left him, though. In 2015 while attending the University of Tennessee—where he studied technical communication—Tom began ski instructing at Ober Gatlinburg, and by his senior year received PSIA Level 1 certification and also started as a marketing intern there. He worked his way up to his to marketing and snowsports coordinator, with responsibilities in marketing, social media, website, in-market promotion, and developing ski programs and has recently been promoted to marketing manager. Tom is currently enrolled in Colorado State University’s Ski Area Management Graduate Certificate Program.