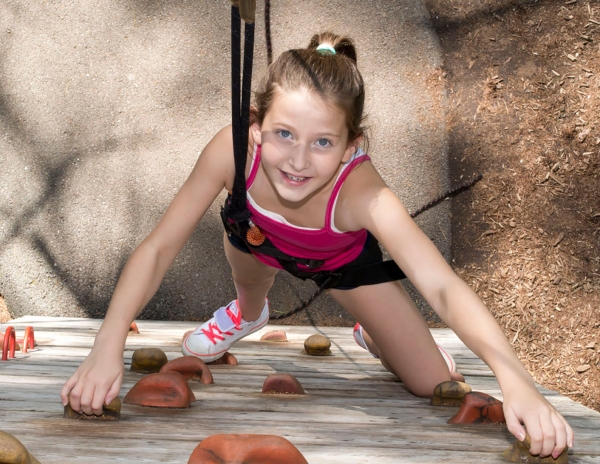 In the medical field, there’s a common admonition: when administering medicine or performing CPR, children are not small adults. From a risk management perspective, the same thinking applies. This advice applies especially to summer operations, where most resorts do not have the added protection of ski safety legislation.


COMPARATIVE NEGLIGENCE
In most states, when one person sues another, the plaintiff’s fault in causing the accident reduces the amount he or she can recover, and depending upon the circumstances may bar the entire lawsuit. This legal concept is referred to as “comparative fault,” “comparative negligence,” or “contributory negligence,” depending upon the state. While this legal doctrine sounds like quite a mouthful, in reality it is pretty straightforward.

Consider a simple illustration. A resort has an outdoor pool for summer use. An adult visitor fails to notice a no-diving sign by the pool fence, as the sign is obstructed by bushes. The guest then injures himself by diving into the shallow end of the pool.

These rules, however, can be quite different for claims by children. Under a certain age, children usually not found to be at fault for their actions. Courts assume that young children do not have the mental capacity to decide whether their actions are safe or not.

The age at which a child cannot be found to be comparatively negligent at all varies from state to state. In Colorado the age threshold is under the age of seven; in Vermont it is under age three.

There are exceptions to this rule. For example, in Colorado, young children can be held comparatively negligent when skiing, though this rule does not apply beyond the activity of skiing.

Even if children are over the age threshold, many courts still consider the fact that the injured person is a child in determining the degree to which he or she can be at fault for the accident. With older children, a child’s fault is usually judged relative to the reasonable actions taken by other children of a similar age and mental ability, rather than to adults.

So, to take the same hypothetical but with a six-year-old child diving into the shallow end of the pool (and placing the event in Colorado), the legal consequences are quite different. The child’s fault does not reduce or bar his or her damages if the resort was to lose the case. Even if the child is seven years old as opposed to six, his or her decision to dive into the shallow end is usually judged against the reasonable actions of another child of the same age and ability, not against the decision of the average adult.

This does not mean that the resort has no defenses, only that the resort does not have the defense of contributory negligence. For instance, the first question many people would ask based upon this hypothetical is, “What about the fault of the parents in letting their child dive into the shallow end of the pool?”


PARENTAL RESPONSIBILITY
In accidents involving young children, the questions of where the parents were, and whether they were properly supervising their children, almost always plays a central role. However, courts disagree on the nature and extent to which a parent’s failure to supervise his or her child bars or limits claims brought by the child against a third party such as the resort. While many courts rely heavily on the doctrine that a child’s safety is the “primary responsibility” of the parent, this does not always provide protection for the resort.


ATTRACTIVE NUISANCE
Attractive nuisances are hazardous objects or conditions that catch the eye of small children who are unaware of the dangers they present. The attractive nuisance doctrine says a landowner may be liable for hazardous objects or conditions on its land that injure children who are trespassing. The typical legal elements of an attractive nuisance lawsuit are that the landowner (i.e., resort) knew or should have known children were likely to trespass, there was a condition on the land that created an unreasonable risk of serious injury to such children, the children (due to their youth) did not understand the risk, the burden of eliminating the danger is slight compared to risk to the children, and the landowner did not exercise reasonable care to eliminate danger.

In most states, a landowner does not owe the same legal duties of care to trespassers as to people who are not trespassing. This is one reason why signage warning people to keep from entering a particular area (whether posting closed signs, no trespassing signs, or employee only signs), is often prudent.

Again, courts disagree on whether a swimming pool constitutes an attractive nuisance. But fencing to keep children out usually protects a resort from liability. Snowmaking ponds, the base of ski lifts, and other objects do not necessarily constitute attractive nuisances, but may warrant consideration from a risk management perspective.


LIABILITY RELEASES
Most states, but certainly not all, enforce liability releases signed by guests prior to them engaging in an activity. For inherently risky sports (such as skiing, mountain biking, horseback riding, etc.), releases can be a critical risk management tool. Be mindful, however, that fewer states enforce releases when the injured person is a child. While some states, such as California and Colorado, enforce releases signed by parents on behalf of their children, many states do not. As a result, there may be greater liability exposure in many locations for lawsuits involving children.


STATUTE OF LIMITATIONS
A statute of limitations acts to bar stale claims—it prevents people from bringing lawsuits after a certain number of years after the date of the accident. These statutes of limitations vary, depending upon the state, between (usually) two and six years.

While it is unusual for a lawsuit to be brought this long after the incident, it is always a possibility.


PLAYGROUNDS
Playgrounds are, without doubt, one of the favorite places to be for young children. And playground accidents happen: in the average year, it is estimated that there are more than 200,000 injuries that occur at public playgrounds that require emergency room treatment.

The United States Consumer Product Safety Commission has a 58-page “Public Playground Safety Handbook,” which sets forth guidance but not requirements (more on that below) for playground design and upkeep. This Handbook is readily available at www.cpsc.gov, and is the starting point for most entities that plan to install or upgrade any sort of playground. There are also a number of ASTM playground standards, also referenced in the Handbook.

The Handbook sets forth guidelines on, for example, the height of various pieces of playground equipment, spacing between pieces, railing height and spacing, and slide design considerations.


A Tip of the Hat to Camp
This article stems from a presentation at the 2014 SAM Summer Ops Camp. The author would like to thank his co-presenters, Brian Rosser, Wally Shank, and Mistica Walker, from Safehold Special Risks, for their assistance with the presentation and this article.