What to Say, How to Say It

Communications after major events must be handled with utmost care. 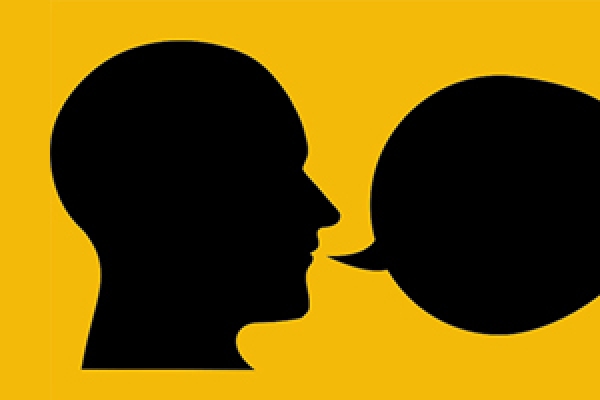 Not long ago, resorts released information regarding bad news events only grudgingly, if at all. Partly, that was due to defensiveness on the part of resort management, and partly, it was at the behest of defense attorneys, who were understandably leery of statements that could prove damaging at trial.

That was then. Today, odds are good that your bad situation will show up on social media. And when that happens, any organization that tries to pretend nothing happened looks clueless at best and dishonest at worst.

Something else has changed, too: we now understand more about the psychological processes that befall victims and survivors of life-altering events. Though there will always be people hoping to cash in on a bad situation, research says that one of the biggest things people need after a life-altering event is an understanding of what happened, and why.

“If they don’t get that information in a timely fashion,” says Dr. Will Marling, executive director of the National Organization for Victim Assistance (NOVA), “they often conclude that the only way they’ll get it is in court. We’ve all heard plaintiffs say, ‘it isn’t about the money.’ You may personally be skeptical of such claims, but in a lot of cases, it’s actually true.”

NOVA trains organizations in the art of working with victims and survivors. It trains them in what to say, and how to say it. And it points out some things that should never be said.

“Even if you’ve had a nearly identical event happen to you,” Marling advises, “you should never tell a victim or survivor that you know how they feel, because the fact is that you don’t. Nor should we ever try to help someone find ‘closure.’ For victims, the only closure is to have their life back the way it was before the event, and that’s something we just can’t provide. The best we can do is support them on the way to their new normal.”


Who Are We Talking To?
During a major event, there’s a wide range of people who have an interest. Like a stone tossed into a pond, the ripples radiate outward. The epicenter is victims and those closest to them.

Who else is touched? Your staff—those who worked on the situation, their colleagues, and their families. Beyond families, there are communities, real and virtual, to consider.

There’s personnel from various response agencies. There’s other resort staff who weren’t directly involved, but who will almost certainly be impacted, either because of new-found concerns about the resort, or because customers approach them asking for information.

And let’s not forget those customers, plus their friends, their communities and so on. What about your pre-booked school groups? Your financial partners, or the landlord? Your vendors? And what about the 24-hour news cycle?

There are a lot of people who have an interest in your story.

So it’s best to think about your communications holistically. Many managers think primarily in the context of public information, but the private exchanges are every bit as important—perhaps even more so. And this approach requires a fair number of people; in addition to the sheer time demands, odds are good that the person best suited to dealing with a grieving family isn’t the same person skilled at facing hostile reporters.

Proper planning for emergency communications means understanding who, in general terms, is likely to be interested in a major event at your resort. Each of these stakeholder groups must receive the appropriate messages. To that end, you should identify and train the individuals who will work with each group long before anything happens.


Saying “I’m Sorry”
Defense attorneys often worry that resort personnel may say something, either in the media or privately, that essentially takes ownership of the event. An apology can be construed as doing so.

That’s not always a bad thing. When you know it’s your fault, it’s often best to accept the responsibility, get your cards on the table, and work as quickly as possible toward a mutually acceptable resolution with interested parties.

That advice, however, comes with several very big codicils. First, it assumes that your defense counsel agrees with the strategy; he or she may have a very good reason for not doing so. And second, it assumes that the answers can be found quickly. In some cases, such as a major lift incident, it may be many months before definitive analysis is complete.

With that said, an expression of sorrow—“we’re all extremely sorry that this happened,” for example—is not only appropriate, in most cases, it’s a good idea. Expressing sympathy is simply the mark of being a decent human being. And it’s defensible in court. You can indeed be sorry something happened even if you had nothing to do with it.


Expressing Compassion
An expression of concern and compassion is essential. It can help reassure that you actually care and are not simply the mouthpiece of an unfeeling corporation.

It’s important to show that you truly care. Fifteen or 20 years ago, a spokesperson could say, “Our thoughts and prayers are with the family.” Today, though, that has become a cliché. It’s still better than nothing, and there may be times when it’s the best you’ve got. But the more you can personalize the expression of concern and compassion, and the more you can make it reflective of how you truly feel about the event and those impacted, the better.

Remember, you shouldn’t imply you know how they are feeling. But it’s quite okay to say something like, “I’m a father myself. I can only imagine what they’re going through right now.”

Taming Social Media
Bad news can dominate social media streams and stay in the news until something else displaces it. Make sure you stay on top of the social conversation.

Remember, the people who follow you have volunteered to have you send them information. They care about you. One of the best ways to destroy their trust and interest is to try to spin them. They won’t just react poorly if you’re not candid; they’ll make the situation worse.

Tone is vitally important in these situations. If your statements read like they were written by an attorney, you’ll be called out on that. Instead, your tone should be normally casual, but highly respectful of both the serious nature of the event and your followers themselves.

It’s okay to invite followers to share sympathy and compassion for those directly involved. It’s also okay to request followers not to speculate about the causes of an event, and to block followers who do so despite your request.

It’s okay to correct misinformation, too, but don’t get drawn into a debate. Instead, position yourself as the source for reliable information, and demonstrate that by cross-posting all press releases and background information to social at the same time you release it to the news media. Remind people that an investigation takes time, and that you won’t have all the answers immediately.

First, most social media coordinators haven’t been trained in crisis communications. If so, have them watch the channels like a hawk and alert you (even overnight) to anything problematic.

Second, never engage with others on a site that you don’t control.

And finally, have some rough templates available for social media posts related to bad news. Set them up so that they’re easily adaptable to any situation.


Make a Plan
Communicating in a crisis calls for alignment between the resort, defense attorneys, and the insurance companies whose money is on the line. It calls for assessment of human and physical resources—identifying what you have, and what you need to find out of house.

Doing these things in the heat of a crisis makes a response far more difficult, even impossible. So make a plan—and pray that you’ll never need to use it.