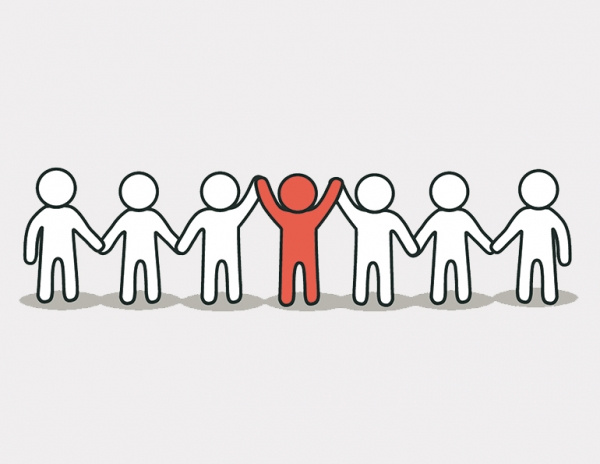 As industry associations evolve across North America, it is clear that success comes not in finding your sweet spot and riding it for the long haul, but rather knowing how to seek out and recognize what your members need and when, and then adapting to those needs with almost the flip of a switch. Any association—big, small, east, west, or all of the above—must be nimble.

With that in mind, we caught up with five of the newest state and regional association heads in North America to learn what they’re up to.

Ski New Hampshire was born (actual birth name: Ski the Whites) in 1993, primarily—as is the case with most ski associations—as a marketing tool and program. But in 2011, the association’s board and staff charted a new course.

“Many felt they were just spending too much time, energy, and costs on marketing,” says Jessyca Keeler, executive director of SkiNH. So the group shifted its focus to something that was impacting most resorts on several levels, and something they could not take on by themselves: government relations. 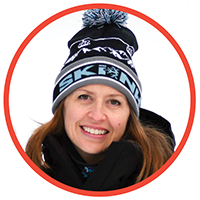 Today, SkiNH employs a full-time lobbyist and tracks and takes action on issues on both the state and national level, working to clear paths and even build budgets for resorts across the region.

The biggest issue—among many—is the state’s annual tourism department budget, of which the association and resorts get a cut for marketing purposes. While all funds collected via the state’s 3.15 percent meals and lodging tax should float seamlessly into that tourism budget, that’s not always the case. In fact, says Keeler, it seldom does.

“We have to keep constantly working toward that goal,” she says. “We have not always gotten our way completely, but we have kept it from being totally decimated, unlike some other states.”

SkiNH also works constantly to play nice with the Department of Labor, but still fight for what the resorts want. The DOL’s rulings and programs can hit a resort hard.

In this case, nimble means being proactive rather than reactive. “We have [the DOL] talk to our ski areas annually about the top 10 things they are looking at,” Keeler says. “This helps ski areas stay out of the crosshairs of the DOL.” They also try to take situations that the DOL may be addressing as a “wink and a nod” and make them into law, giving resorts more stability around some tricky issues.

Taking on such issues as individual resorts, Keeler says, would be difficult at best, and cause redundancy across the state. “It makes sense we are focused on this,” she points out.

Like SkiNH, there was a time that Ski California (aka, California Ski Industries Association) spent the bulk of its energy and funds on marketing. But over time,

says Michael Reitzell, president of CSIA, his group realized that there are better ways for the association to serve member resorts. It shifted its focus to PR, government relations, and a host of safety programs. 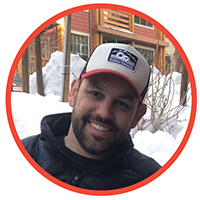 Government relations in California, Reitzell says, is challenging for all businesses. “Every year we have to survey a wide range of legislation that impacts the ski industry,” he notes. It is not unusual for his state to see more than 2,000 new bills introduced each legislative season.

When proposed legislation does directly impact ski areas, CSIA is ready. CSIA’s policy guy, Mike Dillon, has been working in government relations for almost 50 years and knows how to proceed. For example, the association successfully lobbied to kill a bill that attempted to write new rules about how potential hazards are marked at resorts, and what defines a hazard. If passed, it would have affected ski area operations dramatically. “That [politicking] is something [a resort] cannot do on its own,” Reitzell says.

In recent years, CSIA has also worked to create a unified voice on both guest safety and environmental protection. CSIA’s new Mountain Safety Guide is a good example. It details best practices for resorts and guests to embrace. “North or south, big or small, we’re all talking about the same thing when it comes to safety,” Reitzell says. The initiative includes videos and trainings for all resorts to adopt and learn from yearly.

As for the environment, CSIA became the first industry in all of California to embrace standards back when greenhouse emissions became a hot topic in 2006, and created an up-to-date sustainability report in 2016.

“I think it signifies who we are as a group,” he says of the report, authored not by a few members of the organization, but by all. “We are in this together. It’s about the industry as a whole, not any individual resorts.”

This involves a lot of resort visits. “We spend a lot of time in the cat rooms and patrol houses,” he says. “We like to hear what all the industry has on their minds. We like to keep a running dialogue with all the ski area operators, not just the senior levels.”

What it has heard has led the association to set its priorities, in this order: Safety, people, advocacy, and growth. 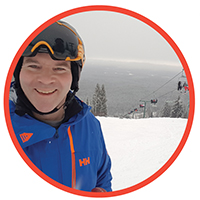 To remain inclusive, the organization provides funding for smaller areas to attend its annual meeting, so they can learn and network along with the larger resorts. “Social connections in this industry are vital,” says Nicolson. “So when your chairlift breaks on December 26, you can call someone who can tell you how to make it all okay. We want to build a culture of camaraderie.”

Internally, CWSAA is fostering conversation between the generations. Since industry veterans have a lot of history and “lessons learned” to share, and recognizing that up-and-coming managers also have a worthy point of view, CWSAA is facilitating conversations, meet-ups and sharing among them. “We are encouraging those here for a long time to pass on their knowledge, and those newer to seek that out,” he says. “That’s education that’s going to benefit our future.”

Newly-appointed Vermont Ski Areas Association president Molly Mahar is still exploring where the association has been and where it needs to go. The focus currently is on safety, support for business practices, and building cooperative efforts to promote the industry, both in the state and outside of it.

“We want to maintain a good image of the industry within Vermont,” she says. “We want Joe on the streets of Montpelier to have a favorable impression.”

One means to this end: the Fifth Grade Passport program that puts in-state kids on skis and funds grants for other state programs. This year, that includes a “Life on a Farm” camp for kids. “We’re part of the working landscape of Vermont as a whole,” says Mahar. 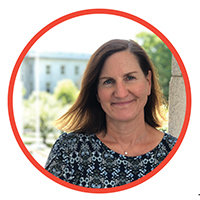 The association’s work on environmental issues, including energy efficiency, is a big part of that as well. As resorts use less energy for all things from lights and heat to making snow and running lifts, they’re showing a very green state just how green resorts want to keep it. The association supports a variety of state programs and initiatives that promote increased energy efficiency.

Mahar and her organization are also working to make marketing a more cooperative effort statewide—and not just within winter sports. Partnerships with groups such as the Vermont Brewers Association and co-op farmers are successful and growing, and help craft a clear image of Vermont as a destination, if not a way of life.

Legislatively, Mahar says Vermont can be tricky. Currently, the association is battling a proposed increase in minimum wage from $10.50 to $15 an hour. Mahar says that jump could not only cripple smaller resorts’ ability to employ folks, but also might raise some long-time employees up an income level where they lose some benefits, such as childcare credits.

In the Midwest, being nimble means realizing whom you serve and what their unique needs are. Amy Reents, president/executive director of the Midwest Ski Areas Association, knows this well. The association is made up of many smaller areas with limited budgets, and limited individual buying power, particularly for rental equipment. So, several years ago, MSAA formed the SARA-BP program, which unifies smaller ski areas into one large buying group that earns volume discounts from rental equipment and accessory companies.

The program was so successful that it expanded to resorts nationwide—roughly 300 ski areas in total. MSAA receives commissions on sales, which fund a grant program in which member areas can apply for funding for education, safety programs, and more.

“So the program not only solves the rental problem, it helps grow the sport, which is what we all really need to be doing,” Reents says. 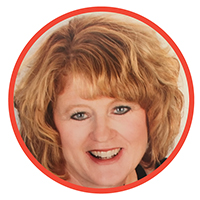 MSAA also plays a major role in member education. For example, MSAA recently introduced a Midwest Terrain Park Summit (modelled loosely on the long-running SAM Cutter’s Camp program). The 1.5 day program has learning sessions both in the classroom and out on the snow.

Reentz is also working to lure more lift mechanics to the region. The current generation of mechanics is “aging out,” she explains, “and it’s a real issue here.” MSAA is now partnering with a community college to offer programs to train mechanics, and help recruit. “It’s a work in progress,” she says, but also great evidence of an association acting fast to help its constituents.

Education for All
Education is a hot topic for most associations. And as with other issues, each association approaches education based on the needs of its membership and the unique aspects of its region.
For example, SkiNH offered hands-on sessions for snowmaking, grooming and more—albeit, sans snow—at its annual conference for the first time last year. Says Keeler, “It really helps our members who don’t have a budget to even go to the next state, never mind a conference or educational program across the country.”

She is working on developing a human resources summit, in cooperation with other ski associations. “It’s not just about finding people,” she says. “It’s about how do we get them here? Where do they live once they’re hired? It can’t just be [New Hampshire]. These are big topics, and I think we can all take them on together.”

Education is a top priority in California as well. This year the association revived a lift maintenance and operations seminar it had not held since 2005, and the response was huge. “We had 337 people here. Clearly there is a need, and we’ll be doing even more next year,” says Reitzell.

Successful associations are tuned in and nimble, and adapt to what their members need as time marches on, with fluidity and study. So what of an association of associations? It might not be so far fetched.

Mahar hopes to work on developing a General Manager Summit in the near future, a forum where association heads can share information, talk about HR issues, and more. She also hopes to take her mission of moving more women up in ski management in Vermont to a national level. She says women hold only 14 percent of management positions in the industry right now.

Keeler would like to work on getting multiple associations to refine the message and mission of growing skiing and snowboarding to the next level, both locally and nationally.
“We all know we have to band together for that,” she says. “We all know it. We just have to do something about it.” 