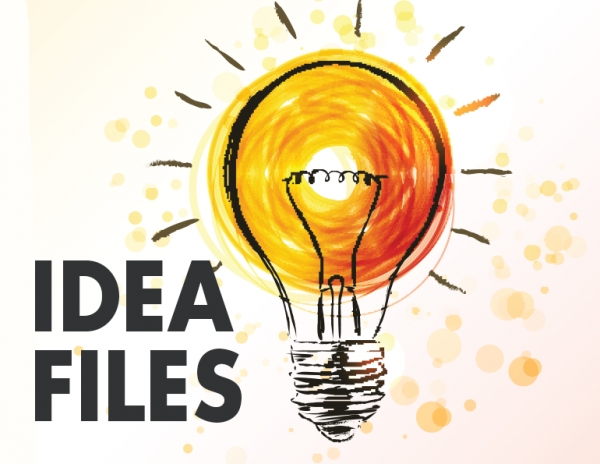 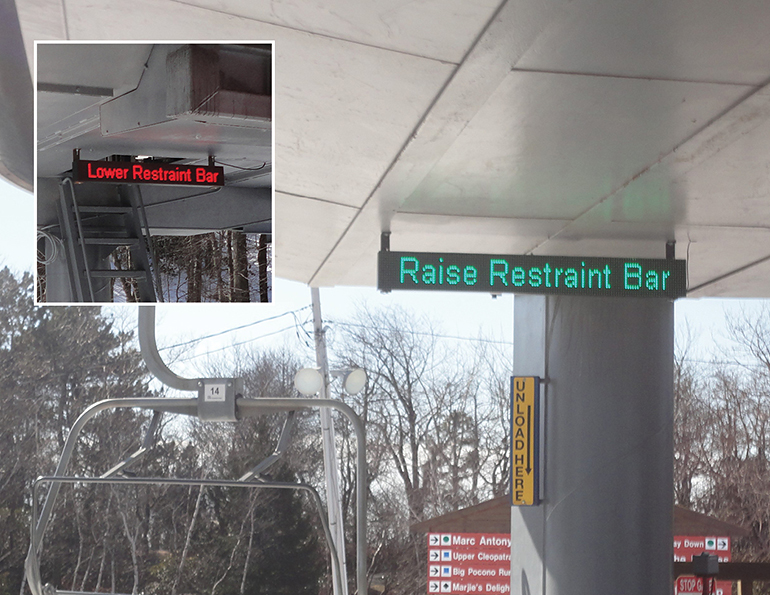 No, this is not a kid’s game, but the concept is similar. “We wanted to take the idea of the red light/green light at the unload station a step farther,” says Camelback, Pa., lift maintenance manager Ryan Abel. “I came up with the idea to use a proximity switch and LED readouts. The units were built by our head electrician, Tony Posten, and installed by lift mechanic Jason Richardson at each detachable, at a cost of $750 per.” The loading station message is a constant red “Lower Restraint Bar,” and the unloading station unit flashes a green “Raise Restraint Bar” when the grip trips the proximity switch. It then stays lit for three seconds, until the chair is over the catch net. Tower signs on the way up instruct riders to leave the bar down until they see the green light. “The operations department says that it definitely reduces the number of incidents that occur at the unload station,” Abel notes. 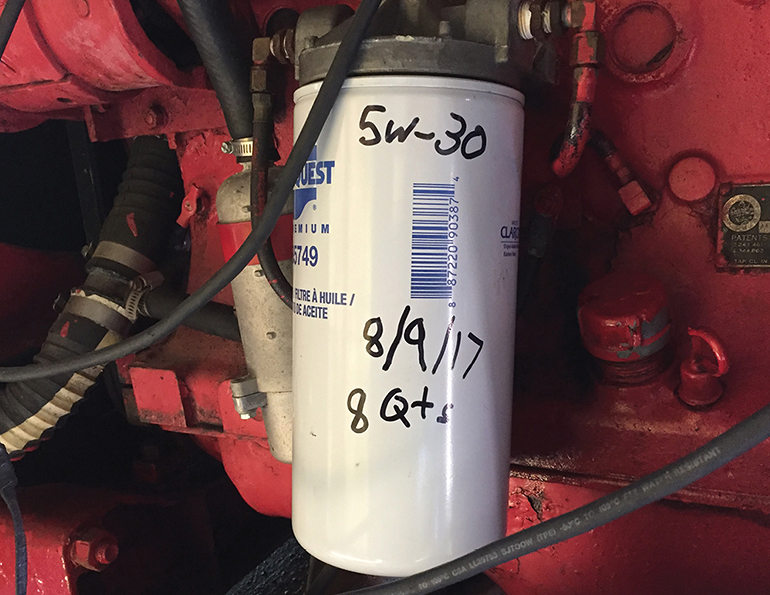 It’s not always easy to keep track of the maintenance schedule for every piece of equipment in a resort. So, for the past eight years or so, the maintenance crew at Camelback has been putting key information on the APU oil filter when they service the engine, as shown here. The picture tells it all. This information is so helpful that Camelback has made it standard practice on all lifts. During annual preseason inspections, the inspector knows at a glance whether the lift has been serviced or not. And the details, such as the capacity and type of oil used, help those servicing it. 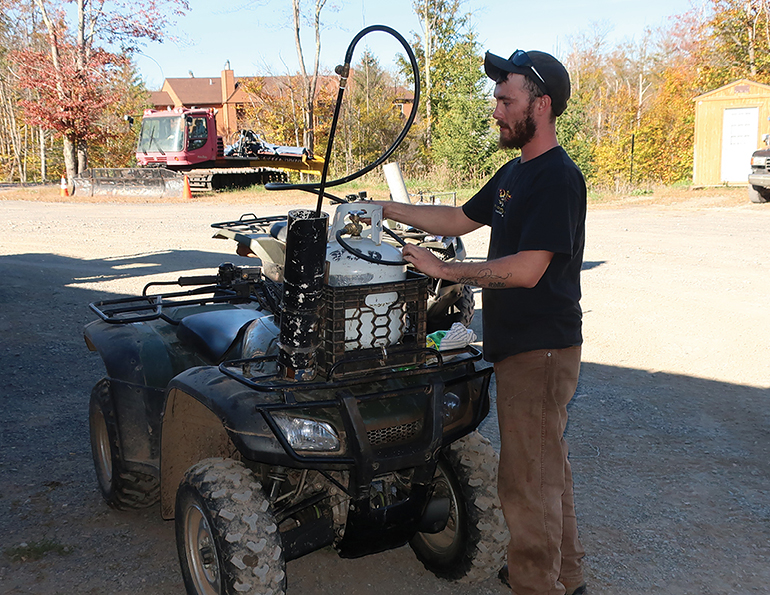 Early-season snowmaking can lead to snow gun freezeups before there is even snow on the ground, a situation that renders snowmobile access moot. What to do? To quickly visit the frozen guns, the lift crew at Timberline Four Seasons Resort, W.Va., came up with a way to outfit an ATV with a portable torch. That provides crews with both fast access and the right gear for thawing frozen guns. The modifications are simple: crews attached a milk basket to the front, as shown here, to hold the propane tank. They added a 6-inch PVC pipe to serve as the torch holder. This is a clever solution for saving time when the temps are low and you need to blow snow.