It was Pennsylvania’s turn to host the annual joint-expo that gathers member resorts from both the Ski Areas of New York and the Pennsylvania Ski Areas Association, with Camelback Resort the chosen venue for this year. Hundreds of ski area operators, suppliers, and speakers attended the three-day event Sept. 18-20. The days were packed with networking opportunities, educational sessions, and, of course, plenty of fun. 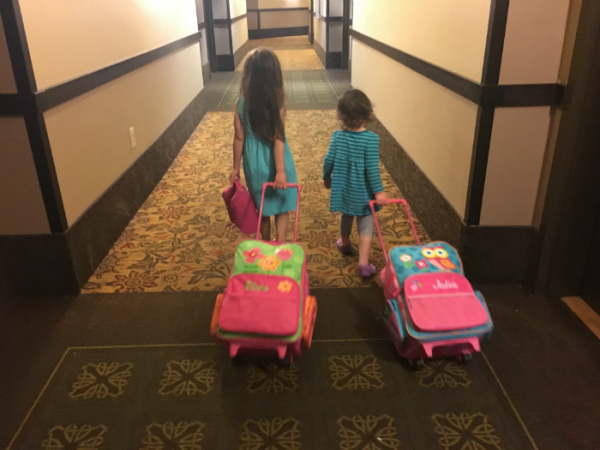 SAM's Dave Meeker brought along a couple of Camelback's key demographic to test out the waterpark. They approved.

SANY president Scott Brandi was an excellent master of ceremonies for the Egyptian-themed awards gala.

The sweets counter in Camelback Lodge is located right off the lobby. Perfect for toddlers to talk their parents into buying a cupcake (or two). 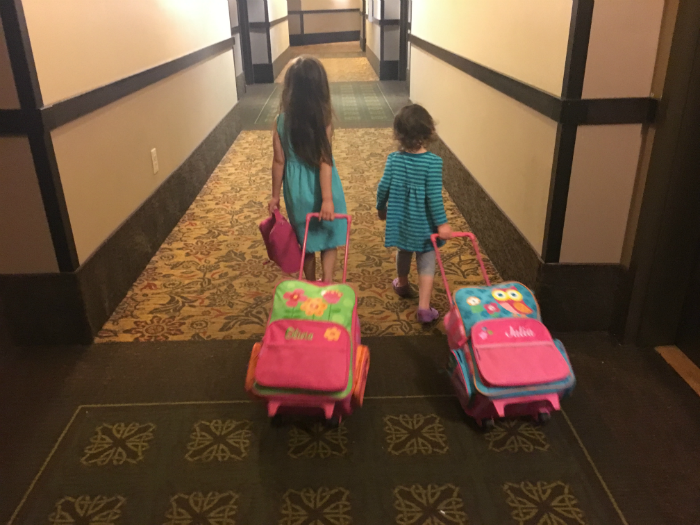 SAM's Dave Meeker brought along a couple of Camelback's key demographic to test out the waterpark. They approved.

SANY president Scott Brandi was an excellent master of ceremonies for the Egyptian-themed awards gala.

The sweets counter in Camelback Lodge is located right off the lobby. Perfect for toddlers to talk their parents into buying a cupcake (or two).

The expansive Camelback Lodge was the epicenter of most event functions, including the lively tradeshow where resort reps engaged with several suppliers that were on hand showing off their latest and greatest.

Any free time could be spent enjoying the resort’s many activities and attractions. The Lodge’s 120,000 square-foot indoor waterpark was a hit, especially for attendees who brought families along. The resort also made other adventures available, including its zip lines, aerial adventure park, mountain coaster, and alpine slide. A nine-hole golf tournament kicked things off Tuesday.

More than 25 educational sessions were offered throughout the event, including those that are part of the NSAA Fall Education Series.

A packed room discussed what has been learned from SANY’s Lift Maintenance Program, which has begun to hit its stride after only a few years of existence. Doppelmayr’s Tom Sanford, committee chair for the program, shared some takeaways. One prevailing message was the concern about several smaller ski areas never participating in the program—which is free to attend and is hosted by different ski areas across the state six times a year. Sanford said, “Those are the guys we worry about the most,” because smaller ski areas tnd to have older lift infrastructure, which may require more attention.

PSAA debuted its lift maintenance program this year, and plans to model it after SANY’s program. Every ski area in Pennsylvania was represented at the inaugural program.

NSAA’s Dave Byrd led a discussion on marketing and sales compliance and risk management. He brought several eye-opening topics to the fore, including the importance of complying with the fair and accurate credit transactions act (make sure your receipts are only printing a max of the last four digits of the customer’s credit card), and why resorts should have easy-to-find terms of use on their websites. He also advised resorts to become familiar with the Federal Trade Commission’s “Endorsement Regulations,” which require, for example, a sponsored athlete to disclose that he or she is compensated by the resort on any endorsement message, including social media—something that raised quite a few eyebrows from marketers in the room.

The final night, as always, was an elaborate dinner and awards gala—a hallmark of the event. This year’s gala was Egyptian themed, and SANY president Scott Brandi was in full pharaoh regalia as the evening’s host and master of ceremonies.

Next year’s ISKINY-PSAA Expo will be held at Peek‘n Peak in Clymer, N.Y.