Vacationers Made the Holidays Merry for Resorts

SAM Magazine—Ludlow, Vt., Jan. 8, 2019—Americans seemed keen to spend their holiday break this winter on the snow, as resorts across most regions saw an upward trend in visitation and revenue. 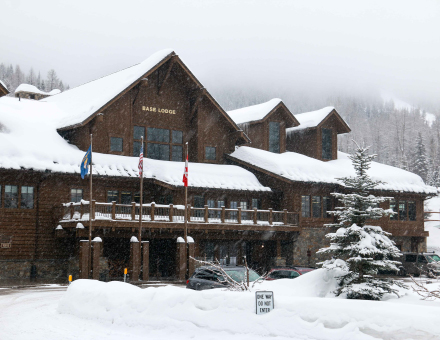 This was particularly true out west where resorts benefited from ample natural snowfall.The Rockies saw a rollover effect from the cold temps, natural snow, and general stoke of the early season. In the Pacific Northwest, timely snowfall turned around a slow start and led to some record-breaking holiday numbers. And on the East Coast, warm weather and rain couldn’t completely undo the effects of Snowvember.

A year made a world of difference at Purgatory Resort, Colo., where skier visits were up 54 percent and revenue was up 46 percent year over year for the holiday period. Last season at this time, Purgatory had received 3 inches of natural snow. This season, the resort had a settled base depth of 41 inches, and had received more than three feet of snow coming into the holidays. For the season to date through Jan. 3, Purgatory was up 90 percent compared to last year. GM Dave Rathbun said this year’s high numbers reflect just how slow the start to last season was, and credited the massive turnaround to snowmaking and some perfectly timed natural snow during the holiday.

Whitefish Mountain Resort, Mont., had its best holiday week in recent history. The resort was coming off of back-to-back 400-inch-plus snowfall years, and, despite being a few inches down on total snowfall this season, the area still had 91 percent of its terrain open. Skier visits were up more than 5 percent over the previous best year (2016-17) for Dec. 25-31, and revenue was up 10.5 percent over last year.

In Idaho, Sun Valley’s skier count was up slightly year over year for the period. The resort was 100 percent open on Bald Mountain and had the majority of terrain on its learning hill, Dollar Mountain, open as well. According to Kelli Lusk, PR and communications manager, on-mountain restaurants were booked solidly over the holiday, as was the ski school.

Homewood Mountain Resort, Calif., saw a large increase in visitation this holiday period, which marketing director Lisa Nigon said is part of a multi-year trend of rising skier visits year-over-year. Early snowfall allowed Homewood to open 85 percent of its trails over the holidays, and sunny weather saw vacationers turning out in large numbers. Homewood has been encouraging guests to buy online in advance, and hit several record breaking online sales over the holiday week.

Further north, Timberline Lodge, Ore., had endured a slow start to the season, with just 25 percent of its terrain open at the start of December. But a snowstorm swept through just before the holidays, dumping 48 inches of fresh and allowing the area to open 100 percent of its skiable acreage over the course of two-and-half days. As a result, Timberline caught up and exceeded revenue and visitation from the previous year. John Burton, director of marketing and PR, said visits were up 4 percent, and added that it has remained busy through the beginning of January thanks to staggered school breaks.

Mt. Bachelor, Ore., also had a busy start to January. Director of marketing and communications Drew Jackson noted that Jan. 2-6 was likely to be record-breaking for the mountain. Mt. Bachelor had 80 percent of its terrain open this holiday compared to just 40 percent last year, which resulted in increased revenue and visitation. From Dec. 25 to Jan. 1, skier visits were up 28 percent year over year, reaching the second highest count since 2005, just behind 2015-16. Revenue and penetration at Bachelor’s retail shop, Gravity Sports, outpaced the visitation increase, so guests were spending.

Across the large Midwest region, the weather was extremely variable.

Granite Peak, Wis., had mild temps in the 30s and 40s throughout the holiday period and solid snow coverage. Lisa Zilinsky, director of marketing, believes these were the major contributing factors to this season’s uptick in visitation.

Terry Peak in South Dakota, meanwhile, had several cold days where temps ranged from negative 1 to negative 5. Terry Peak experienced a decrease in visits on those chilly days, but overall saw increased visitation numbers for the holiday period. Marketing director Linda Derosier said this is consistent with a steady increase in visits over the past four years. The mountain had roughly 50 percent of its terrain open, which is low, historically speaking, but typical of the last few years as the region has been experiencing a drought.

In the East, resorts relied on the solid bases and enthusiasm built in November and early December to carry them through a sometimes warm and wet holiday period. The weather was a big contrast to the previous year, when unusually cold temperatures held down visits, negating the generally good coverage resorts enjoyed.

Bromley, Vt., saw lots of advanced booking, which marketing director Janessa Purney credited to the early-season momentum generated by 50 inches of snow in November. The resort was up 20 percent in revenue and 10 percent in visitation year-over-year, and numbers were comparable to the 2013-14 season. Bromley had approximately 75 percent of its terrain open for the period, which is slightly above average for the period.

On the northern end of Vermont, Jay Peak had a record holiday timeframe buoyed by 13 feet of snowfall so far this season. Pre-bookings were strong leading into December, and the snow motivated the day market to come to the resort, leading to two days of record lift-ticket sales. Jay’s JJ Toland said that with schools in the Canadian market being on break through January 6, a strong tailwind carried sales upward through the New Year. “All told, we beat last year’s holiday period by 20%,” said Toland.

Greg Kwasnik, communications manager at Loon Mountain, N.H., also credits the above average November snowfall and early December snowmaking weather for the amount of terrain the ski area had open over the holidays. Loon was operating on 50 trails with approximately 300 acres of skiable terrain during the period. This is comparable to last season but historically better than the long-term average.

Hugh Reynolds, VP of marketing and sales for Mountain Creek, N.J., noted that the holiday period weather was particularly challenging for resorts in the New York, New Jersey, and western Pennsylvania areas, thanks to rain on both holiday weekends. The prior year's Christmas week had been particularly strong for Mountain Creek, as the polar vortex kept East Coast skiers further south. Visits were down 25 percent year-over-year for the same period, but were on par with the five-year average.

Despite visits being down, Mountain Creek came out of the holiday period more than 30 percent ahead on budget from a revenue standpoint, due to strong season pass and multi-visit card sales in the fall and over the holidays.

Holiday Valley, N.Y., also suffered from the rain, but with 60 to 70 percent of its terrain open, the resort boasted significantly more coverage than other areas in the region. As a result, Holiday Valley was just slightly down in visitation year-over-year. The tubing park was incredibly busy, according to Jane Eshbaugh, director of marketing. And while the days of rain caused a drop in skier visits, Eshbaugh speculated that the warmer weather may have contributed to an increase in kids and beginner lessons this year.

While rain in the East may have caused a slight downturn in visitation, the general trend across the country was up. Early season enthusiasm and snowfall carried over into the holiday period. The question now is whether the stoke and snow will keep momentum going through MLK.