SAM Magazine—Warren, Vt., August 13, 2020—Sugarbush Resort president and COO Win Smith is retiring from his post. John Hammond, Sugarbush vice president of mountain operations and recreational services, has been named as Smith’s successor, effective Sept. 1. Smith will stay on as a senior adviser to the current leadership team. 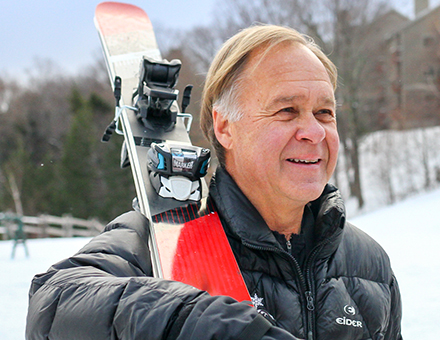 “John knows this mountain, its operations, and its guests through and through, and I could not be more excited for and confident in him moving forward,” said Smith.

Smith owned Sugarbush for more than 19 years before selling the resort to Alterra Mountain Company in January 2020. He stayed on as president and COO to assist with the transition. Under his ownership, the resort underwent $75 million in capital investments.

“Since we welcomed Sugarbush to the Alterra Mountain Company family, Win has contributed greatly to our company’s leadership, through the early transition to our challenging spring closure,” said Alterra CEO Rusty Gregory. “I thank Win for all he has done for Sugarbush, his team, and the company, and wish him the very best. And I congratulate John Hammond on his new role, and look forward to building the future of Alterra Mountain Company with him and the entire Sugarbush team.”

Hammond grew up in Middlebury, Vt., and attended the University of Vermont, where he received a BS in Recreation Management. He first worked for Sugarbush in 1991 as a marketing intern while at UVM before joining full time as a ski patroller after college. He worked his way up to become director of ski patrol, eventually adding terrain parks, lift operations, and trail maintenance to his responsibilities before becoming vice president of mountain operations. He has served in his current role since 2011, in which he oversees winter mountain operations, ski and ride school, daycare, rental and repair programs, and summer mountain activities.

“I am extremely honored and grateful for this opportunity,” said Hammond. “While nobody can fill the void left by Win in this industry, I believe our resort’s leadership team is in a strong position to continue to improve upon the guest experience and cultivate further what Win and our team has developed here at Sugarbush.”