The Value of Video

Video marketing is low-hanging fruit—here's how to take advantage of it. 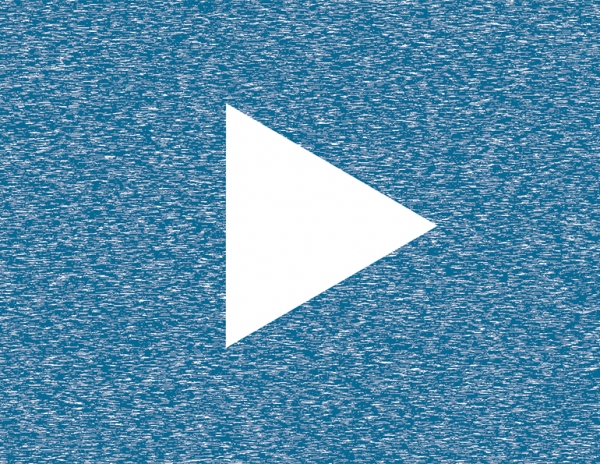 When I was a snow reporter in the mid-2000s, the iPhone had just dropped, YouTube was in its infancy, and Facebook was some kind of forum for college kids. Still, it quickly became clear that online video had huge potential for reporting snow conditions to the public. In 2007, I started posting video updates to MySpace, then to our resort website via Flash Player, and eventually to YouTube. At each evolution, guests seemed to love the informative, mildly entertaining clips.

I won’t bore you with anecdotes about online video’s explosive growth since I posted my first grainy, 4:3-ratio video. But the hard numbers speak for themselves.

• Today, 35 percent of all online activity is spent watching videos.

• Two billion people around the world regularly use YouTube.

• Behind Google, YouTube is the second most popular search engine on the planet. (Note: Google owns YouTube.)

• Video posts have the highest organic (non-paid) engagement on Facebook.

If a picture is worth a thousand words, a video is worth a million. So, if you’re not taking advantage of video marketing for your resort, you should be. It’s low-hanging fruit.

ALL YOU NEED IS A PHONE

The most common excuse I hear not to go for it is that video equipment is prohibitively expensive. I’m here to tell you that, in 2022, that excuse doesn’t hold up. Sorry.

I own a $5,000 camera, with several thousand dollars’ worth of lenses, for my business. Yet, I’m blown away by the quality of the iPhone in my pocket. It’s incredible. So, while expensive equipment operated by professionals has its place, it’s not necessary for the majority of the videos you’ll be posting on YouTube and social media. Not only do phones have built-in 4K resolution, slow-motion capabilities, and auto-adjusting light controls, but newer models have very good image stabilization.

Remember, too, that the majority of people are going to be watching your videos on their phone. And the bulk of the other videos they watch on any given day are also filmed on a mobile device. So, don’t overthink it. As long as it’s not more than three years old, your phone gets the job done in 2022.

If there is concern about asking an employee to use their personal phone for work, buy an office phone just for making videos. A model that’s one or two years old costs about $500, and there’s no need to activate it as an actual phone.

Invest in audio. There is one area where phone cameras come up short: audio. If you plan on having someone speak on camera, you should invest in a wireless lavalier microphone. Models like the Movo EDGE-DI ($139) include a small microphone that attaches to your collar, wirelessly transmitting crisp, clear audio to your phone, up to 100 feet away.

HOW LONG SHOULD OUR VIDEOS BE?

There’s a simple formula: the larger your audience, the shorter the video; the smaller the audience, the longer it can be. For example, if you’re running a Facebook video ad for your tubing hill that targets everyone within a 25-mile radius, realistically, most of those people have very little interest in watching your video. So, keep it in the 15 second range.

On the flip side, visitors to the tubing page on your website are hungry for information that will help them make a purchase. It’s a much smaller but captive audience. So, the video posted here should be in the 90 second to two minute range.

As much as possible. The most powerful content-delivery vehicle on the planet—Facebook’s timeline—favors video. When you understand that Facebook founder Mark Zuckerberg wants people to stay on his platform as long as possible (that’s how he makes money) and that video is by far the best way to make that happen, it starts to make sense why video is the albatross in the algorithm. Because people check Facebook on their phones multiple times a day, the algorithm also favors fresh content.

So, as marketers, we’re left with one option: Feed the beast. “It’s beneficial to post at a regular cadence, and offer a variety of content,” says McPherson.

This Sisyphean task of creating content is a little daunting. But remember, in 2022, videos on social media don’t have to be glossy. They’re almost disposable. “Video always wins out over static posts, and some of the simplest videos are our top performers,” says McPherson.

So come up with a plan ahead of time to post short, regular videos that require little to no editing, and you’ll find yourself winning the algorithm game.

WHAT KIND OF VIDEOS WORK BEST?

Videos produced to market your resort should fall somewhere on the “Infotainment Scale.” On the left of the spectrum are informational videos. These aim to relay information to your audience as expediently as possible. On the right of the spectrum are entertainment videos, made to amuse your audience. The most successful videos often mix the two, falling somewhere between the extremes.

Informational videos include topics like snow reports, Covid protocols, rental instructions, and parking procedures. It’s not necessary for these to have entertainment value; your guests won’t be upset if the parking procedure video on your website doesn’t make them laugh.

When it comes to entertainment, the sky's the limit in terms of topics. But you’ll want to stick to themes that reinforce your brand. Mountains like Jackson Hole, Wyo., or Aspen, Colo., for instance, are aspirational. Epic slow-motion powder runs and overhead drone shots, which provide no real information but sure as heck make you want to visit, are in their wheelhouse. For resorts with a wider audience, quirky videos often work. (Search “Killington King of Spring” on YouTube for a prime example.)

Infotainment videos. Again, you get the best bang for your buck right in the middle. Search “Caberfae Merry Christmas!” on YouTube and you’ll find a superb mix of information (Covid policies) and entertainment (a dancing, rapping coronavirus) from Caberfae Peaks, Mich.

SHOULD WE BE ON TIKTOK?

No. Well, let me rephrase that: Probably not. TikTok, in its current stage, is great for building personal brands. For business promotion? Not so much. If you have a good plan for an influencer campaign, then paying TikTok’ers who have big followings to hype your resort might work. Otherwise, don’t get distracted by this shiny new-ish social media platform.

SHOULD WE RUN VIDEO ADS?

Absolutely. It’s easy to turn your 60-second video into a paid ad on Facebook or Instagram. While it’s a little more complicated to run pre-roll video ads on YouTube, it may also be worth the effort because “YouTube is far less expensive [than Facebook],” according to Zach Luse, founder and CEO of Paragon Digital Marketing in New Hampshire. Your target consumer is already in the mood for video content while on YouTube, he adds, so “a video ad, done right, will blend right in without being disruptive.”

DO WE NEED AN ON-CAMERA PERSONALITY?

Ideally, yes, you’d have a sunny face on camera consistently throughout the season. Conciously or subconciously, your viewers develop an affinity for the personable host they see on screen regularly. That affinity turns into trust, which is a huge asset when reporting conditions and news. But don’t force it. It’s very easy to tell if the person on-camera doesn’t love being on camera. If you don’t have someone that’s enthusiastic about the idea, build a strategy that doesn’t rely on a regular on-screen personality.

Video-only platforms and video marketing are only getting bigger. While it’s easy to get caught up in your daily to-do list at work, remember, at a mountain, you’re in the business of selling fun. Your goal is to show potential customers all the fun they’re missing out on. And nothing beats video in delivering that message. Just ask Zuckerberg.