SAM Magazine—Government Camp, Ore., May 10, 2022—Mt. Hood Skibowl has suspended its summer bike operations after losing a lawsuit from a man who said he hit a signpost on a ski area bike trail and was paralyzed from the waist down. 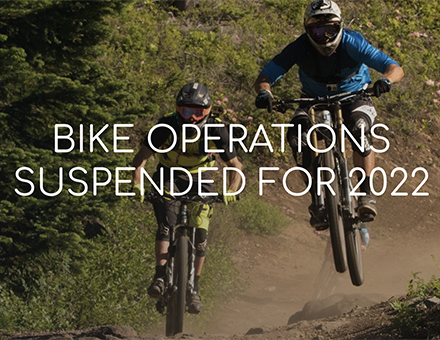 In March, a Multnomah County jury awarded $11.4 million to Gabriel B. Owens after his lawyers said he hit a rut in the route and collided with a 4-by-4 wooden signpost on July 31, 2016, The Oregonian/OregonLive reported. The signpost was positioned next to the double black-diamond Cannonball bike trail; Owens' lawyers argued that the ski area should have had collapsible markers at the trail crossing.

Skibowl called the verdict “unprecedented” in a statement on its website, and observed that “Liability releases in Oregon currently offer recreation providers with practically little to no protection, and they are less effective than they are in neighboring states and others across the country, which allow for the use of liability waivers in recreational contexts.”

“Given the current legal landscape in Oregon, the future of Mountain Biking at Mt. Hood Skibowl remains uncertain while we work through the judicial process with hopes to find more effective ways of protection for offering these popular—albeit inherently risky—recreational activities,” the statement continued.

Owens, a former professional mountain bike rider who broke his spine in the crash, settled the case for $10.5 million after Skibowl’s lawyers stated an intent to appeal the jury verdict, which could have delayed any payments to Owens for several years.